Protein in blood sign of heart damage after surgery

After being anaesthetised and undergoing major surgery, up to one in five patients have increased levels of the protein troponin in their blood. This can be a sign of heart damage. Researchers at Linköping University have analysed data from before and after the operations of 1 300 patients. 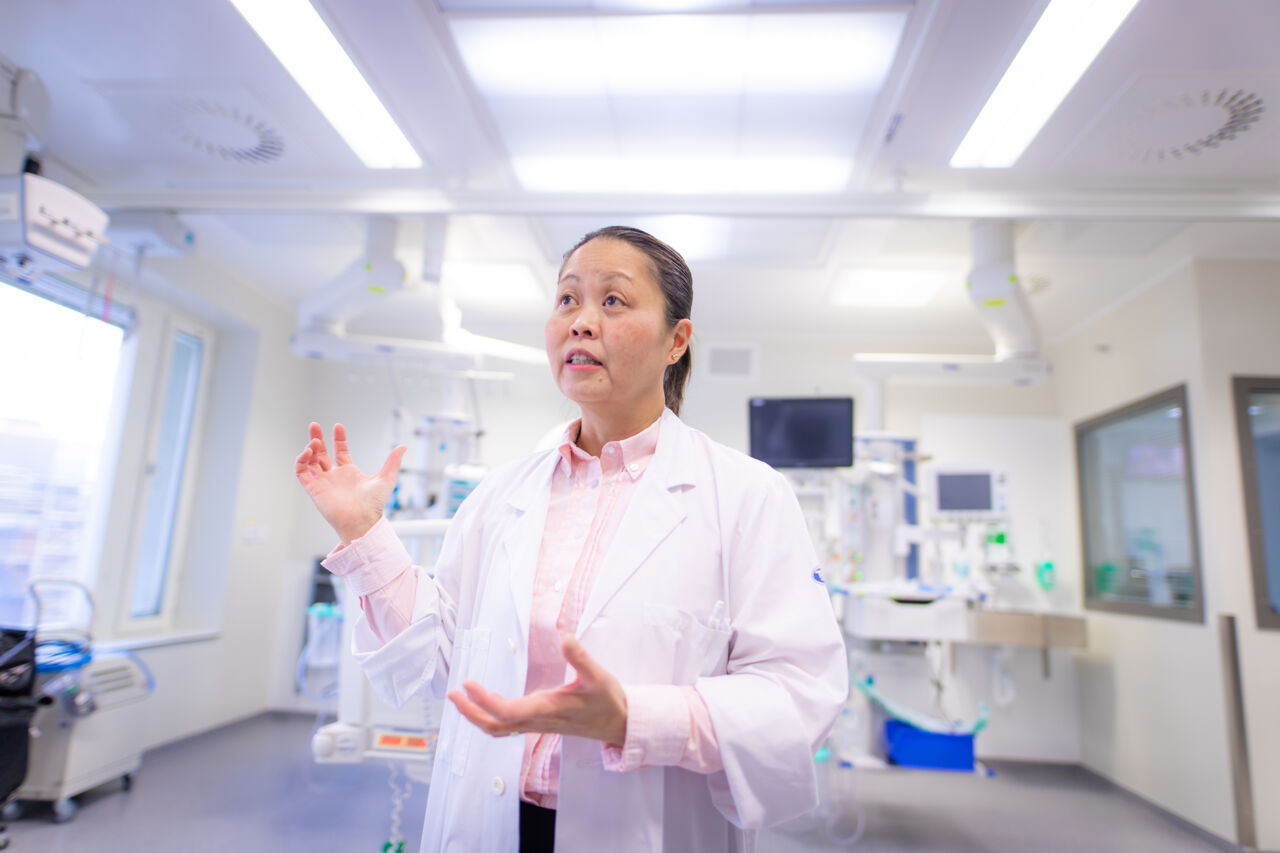 The study was focused on leakage of the protein troponin to the blood. This is a biomarker found in blood samples from patients with cardiac muscle damage. This kind of damage is, in turn, associated with cardiovascular disease or heart attacks – Major Adverse Cardiovascular and Cerebrovascular Events (MACCE). An increase in troponin is also common in patients who have had major surgery, something which an international VISION study with 22,000 patients has already shown.

“It can happen that patients leave hospital without experiencing any symptoms. The signs of cardiac muscle damage are only discovered later when measuring cardiac troponin in the blood. This is what we’ve found in our Swedish study. We have also added several factors that weren’t part of the VISION study. We took samples before, during and after the operation. Even small increases in troponin can indicate a heightened risk for serious cardiovascular complication or death”, says Michelle Chew, anaesthesiologist at the University Hospital in Linköping and professor at Linköping University.

Michelle Chew’s research team have worked on the study together with healthcare staff at seven Swedish hospitals. Altogether, they have followed nearly 1300 patients. These observations were done before a major operation, then during the day of the operation, and finally during the three days after the operation.

“This was a major initiative involving doctors, research nurses and research assistants. They have taken blood samples and asked the patients whether they are experiencing symptoms of complications, such as cardiovascular problems. They have taken electrocardiograms and performed about 6000 visits with the patients”, says Henrik Andersson, a research engineer at Region Östergötland associated with Linköping University’s Institution for Biomedical and Clinical Sciences.

The researchers were able to confirm the growth of troponin levels post-operation in some patients. They were also able to confirm the existence of a risk group – patients who had higher levels of troponin prior to the operations. An important secondary finding of the research is that many at-risk patients were anaemic – that is to say, they had insufficient blood levels – prior to the operations.

There are, however, still many questions to be answered – questions which the researchers are already looking at. For example, it’s not currently clear what actually causes the increase of troponin in the blood when undergoing major surgery. But the study will still be able to help identify at-risk patients.

The importance of early discovery

“Measuring troponin levels both before and after the operation, coupled with careful, extended monitoring of the patient, would allow healthcare staff to discover complications and intervene early”, says Michelle Chew.

The study has been published in the academic journal British Journal of Anaesthesia. Now, the work continues, with researchers following up the patients’ symptoms and survival a year after the operation. The research group intends to do further checkups after five years. They want to see if there are other biomarkers that affect developments around the surgery. The researchers are grateful for all the work that has been done at the hospitals:

“It’s been heartwarming to see such a great willingness to collaborate. It’s been no mean feat to both recruit patients and take so many samples. The staff at the biobank facility have been fantastic. Sweden is not known for doing this kind of study with anaesthetic and intensive care”, says Michelle Chew.

This study was financed by the Swedish Research Council and the Medical Research Council of Southeast Sweden (FORSS) under the Agreement on Physician Education and Clinical Research (ALF). Parts of the study were also financed by grants from the Swiss National Science Foundation, Swiss Heart Foundation, Basel University and University Hospital, AstraZeneca and Roche. The financiers have not been involved in the design or execution of the study, nor the interpretation of the data.