Many organs and tissues lack the ability to regenerate after an injury. “Healing” means, then, that the affected area is replaced by scar tissue, which does not have the original organ’s function. The “regenerative medicine” field of research aims at recreating functional organs and tissues instead of scars. 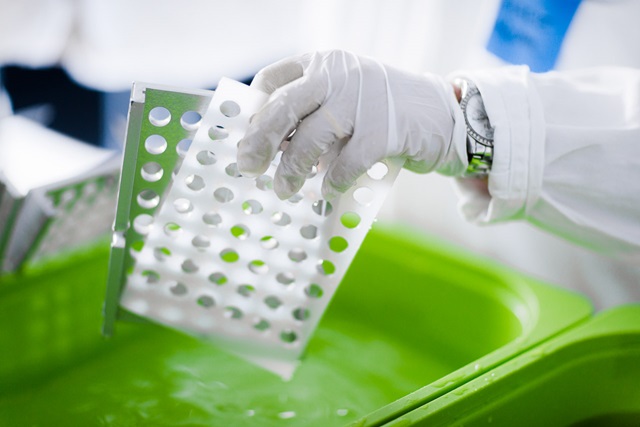 Organs are formed during foetal development from various types of stem cells, which are activated by chemical signals. These same chemical signals can be used to induce stem cells in an adult body to recreate the organ. This works for healing tissues and, to a certain extent, for cartilage and tendons. Mechanical signals can also be used to direct the healing process in various ways. Another way is to replace the damaged tissue with a material that the body’s cells grow into and adjust themselves to. The cells can then break down the material at the same time as they retain the functional adaptation. An example of this is transplanted or artificial corneas.
Owing to difficulties in directing development inside the body, a large part of regenerative medicine works with cell and tissue cultures, usually with various types of stem cells. Cells in an organ depend on the tissues built up by their predecessors. Such material must therefore often be provided to the cultured cells. It is hoped that with combinations of artificial material and cultured cells, new functional tissue can be grown outside the body which can then be put into place. Owing to the lack of blood circulation in such artificial materials, up to now they have only worked in small amounts or in thin layers like skin.
Areas of Research

We are a multidisciplinary team with a passion for science. Our research is focused on design and development of molecules, soft materials and hybrid nanoscale components and devices for a wide range of biomedical applications.

Regulation of survival and differentiation of hematopoietic stem cells and leukemia-initiating cells.

How are ethical aspects of uterus transplantation discussed in the media? What issues are highlighted as central? Which issues are not discussed? This project examines Swedish media coverage of the world’s first live uterine transplant attempts.

Non-healing wounds have a huge impact on quality of life of those affected, and are costly for the healthcare system. Johan Junker develops new techniques for improving wound healing.

Researchers at Linköping University have shown that fibre from a semiconducting polymer, developed for solar cells, is an excellent support material for the growth of new human tissue.

Kristin Persson’s doctoral thesis shows how it is possible to control both the culturing and detachment of skin cells, as well as the growth  nd differentiation of stem cells, using organic electronics.