All blood cells derive from the same ancestor: the hematopoietic stem cell residing in the bone marrow. These cells reside in specialised niches where they interact in close proximity to supporting cells such as stromal cells and osteoblasts.

Our research is focussing on how the microenvironment in the bone marrow provide life-long maintenance of stem cells. How come they do not succumb under the heavy pressure of producing new cells every day? One findings show that a low oxygen environment provide stem cells with a hypoxic programme that induce typical characteristics of stem cell maintenance and protects against oxidative stress.

Acute myeloid leukemia (AML) is a cancer of the myeloid lineage of white blood cells, characterized by the rapid proliferation of abnormal cells that accumulate in the bone marrow and interfere with the production of normal blood cells. AML is the most common acute leukemia affecting adults and the second most frequent pediatric leukemia, and remains one of the most difficult to cure. In recent years, we have focussed on aberrant signaling pathways affecting cell growth and apoptosis in leukemic cells.

We have in particular worked on the role of the receptor tyrosine kinase FLT3, which is mutated in around one-third of all patients with AML, a critical step of leukemic transformation. A major emphasis is to understand how certain inhibitors and cytostatic drugs induce apoptosis in leukemic blasts, and why some patients develop drug resistance. We hypothesize that inefficient treatment with FLT3 inhibitors is caused by a small population of leukemic cells with inherent resistance due to similarities to normal stem cells such as quiescence and self-renewal capacity, and that these cells hide in bone marrow niches.

Another goal with our research is to establish major improvements in testing the efficacy of various cytostatic drugs in leukemia by profiling the signaling states in individual leukemic cells before and after treatment by conventional chemotherapy and small-molecule tyrosine kinase inhibitors using CyTOF mass cytometry.

We were the first laboratory in Scandinavia to establish the CyTOF technology for single cell multiparameter analysis. Mass cytometry allows for quantitative, high-throughput measurements to multiple cell surface and intracellular markers in single cells, and is used to determine differences in signal proteins between leukemia patients and subpopulations. Since January 2015 a national platform for mass cytometry has been established together with SciLifeLab, serving the entire Swedish research community. 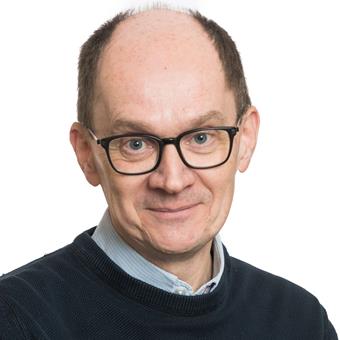 Many organs lack the ability to regenerate after an injury. Healing means that the affected area is replaced by scar tissue, which does not have the original function. The regenerative medicine field of research aims at recreating functional organs.