Boron carbide thin films are the material of choice for a new generation of neutron detectors at the European Spallation Source (ESS) in Lund. When grown with physical and vapour deposition techniques amorphous B4C is obtained. The atomic and nanoscale structure of these coatings determine their mechanical, electrical, and chemical properties, but are currently unknown. In this project these amorphous materials are investigated with combined theoretical and experimental methods. On the theoretical side we will use quantum molecular dynamics meltquench and structure prediction methods to obtain candidate amorphous structure models including radial distribution functions, average coordination numbers and boron-carbon configuration preferences. These will then be compared with the structural information of our films using pair distribution function analysis of synchrotron X-ray total scattering, nuclear magnetic resonance, and neutron scattering techniques.

The nanoscale of disordered B4C possibly built up of sub-nanometer sized B11C icosahedra and C-B-C linear chains. From ref [1]

The demands on all nanomaterials aimed to be used in biological applications are extensive. Main focus in this project is to evaluate mechanisms of interaction between gadolinium oxide nanoparticles (Gd2O3) and inflammatory cells (in vitro). Gd2O3 nanoparticles are, due to their absorption and magnetic properties, promising for contrast enhancement during examinations with the clinically important diagnostic techniques computed tomography (CT) and magnetic resonance imaging (MRI). We use human isolated blood cells i.e. neutrophil granulocytes, platelets and monocytes as these are rapidly responding cells and also among the cells that will be the first to encounter intravenously administered nanoparticles. We evaluate cellular uptake of nanoparticles as well as functional responses following exposure to nanoparticles, e.g. cell aggregation and production of reaction oxygen species. Increased knowledge of the involved pathways and uptake mechanisms will be helpful in the future design of biocompatible nanoparticles.

The scarab beetle Chrysina gloriosa has an eye catching metallic coloration originating from the reflection of light on the exocuticle. The reflected light is elliptically polarized and in some cases even circularly polarized. In this project the chiral exocuticle structure and its optical properties will be studied with SEM, TEM, AFM and Mueller-matrix ellipsometry and also optically modelled. Other scarab beetles with similar optical features will also be studied. The objective is to serve as inspiration in the production of bio-inspired materials which would have metallic appearance, tunable optical properties and organic composition.

Zinc oxide (ZnO) as a semiconductor and piezoelectric material having also many other interesting chemical and physical properties is under focus for some time. Its wide bandgap and deep level defects are of interest for many photonic devices. In addition, ZnO is bio-safe, biocompatible, and possesses relatively high electromechanical coupling coefficient. The later property also makes ZnO a strong piezoelectric material. In addition, ZnO possesses self-organized growth, a fact that makes it possible to synthesize it on any substrate using simple chemical approaches, like e.g. the aqueous chemical growth. Recently we have demonstrated an anisotropic direction sensor with self-power capability as it harvests the mechanical energy that caused the deflection. The sensor was based on ZnO nanowires (NWs) grown on both sides of a large plastic substrate [1]. Now we are extending the self-powered sensor concept to act also as a wireless device. This work is performed in close collaboration with Prof. Shaofang Gong and his group. Such self-powered wireless sensors can be useful for surveillance and security systems.

Hybrid structures based on III-N semiconductor nanostructures and organic polymers can be designed to utilize non-radiative resonant energy transfer (NRET) from excitations generated in the energy donor material to the excitation in the organic film playing a role of the energy acceptor. Such hybrids have potential applications as highly efficient emitters for down converting of UV and blue light to visible. In the project we study a new hybrid nanostructures based on organic polyfluorenes with emission in the green region and GaN nanorods grown by DC magnetron sputtering. 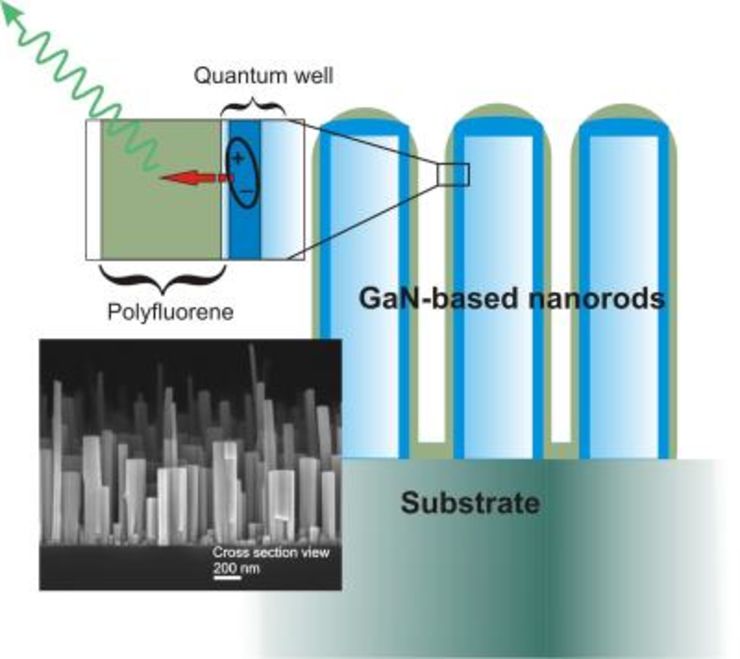 This project aims to develop water-dispersible Pdots for ratiometric fluorescent sensing. Specific fluorescent probes are strategized and conjugated onto the polymeric scaffolds to achieve sensor-functionalized polymers. By following the intraparticle Förster resonance energy transfer (FRET) mechanism, FRET-based ratiometric probes can be easily generalized by assembling thus functionalized polymers (act as FRET acceptor) with a semiconducting polymer (donor) through hydrophobic interactions. Our main interest is to utilize the water-dispersiblility and easy-integration of Pdots platform to explore new ratiometric probes and evaluate them for quantitative bio-analysis.

Simulation and modeling of nanoscaled porous membranes and electrodes (new)

Porous membranes and electrodes play a central role in a variety of devices including supercapacitors, fuel cells, batteries and other electro-chemical devices. The large surface area inside a porous electrode greatly enhances charge storage capabilities as well as the magnitude of current in such structures in comparison to conventional devices with planar electrodes. Over the last 20 years, the blossoming field of Organic Electronics has opened new horizons to fabricate nanoporous structure and devices based on low-cost, printable flexible organic materials such as organic polymers. An experimental research addressing nanoporous supercapacitors and organic nanostructures based on conducting polymers, in particularly, on PEDOT, is currently performed at the Laboratory of Organic Electronics under the supervision of Prof. Xavier Crispin. Unfortunately, despite achieved experimental progress, the related theory is not developed yet and the fundamental knowledge on the temporal dynamics of porous electrode charging and charge storage on a nanoscaled level remains to a large extend missing. The absence of the corresponding theoretical foundation leads to an incomplete understanding of the experimental results and hinders further development of the devices utilizing nanoscaled porous electrodes. Thus, the main aim of the present project will be to develop simulation and modeling tools in order to understand the physical process in the systems at hand and to provide guidelines for the material and device design and rationalize experimental measurements. A close interaction between the theory and experiment would therefore result in a significant synergy effect. 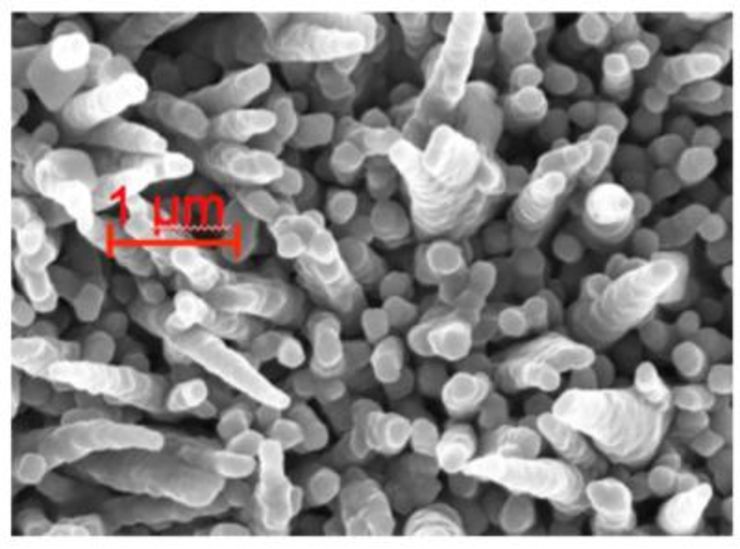