A visualisation centre to understand and change the world

To show what actually cannot be seen, and to make complex information comprehensible by way of images. This is what visualisation is about, and this is the objective of Visualization Center C in Norrköping. The centre conducts world-leading research, and visitors can travel to the furthest reaches of the universe, and into the smallest constituent parts of atoms. But the story of what would become Visualization Center C begins on a train. 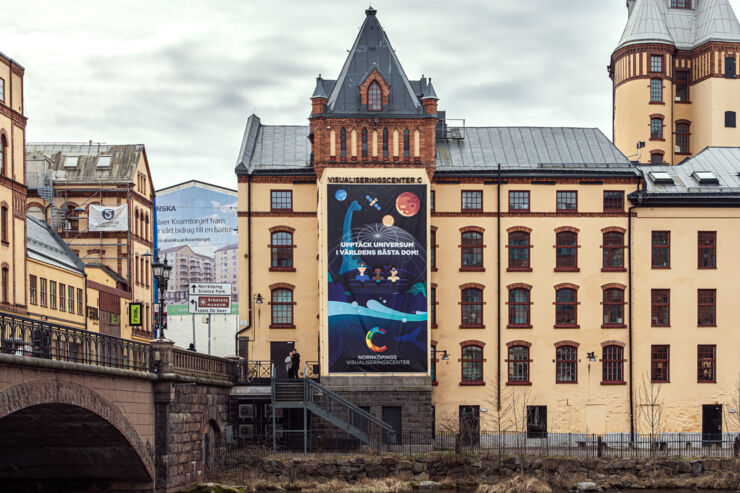 It’s 1999, and Anders Ynnerman, professor of scientific visualisation at Linköping University, is sitting on a train, on the way home from a meeting. He thinks about an assignment he was given by the university’s vice-chancellor, and taps the following concept into his laptop: a hyper-modern centre for visualisation that merges research, education, artistic creativity and entertainment. 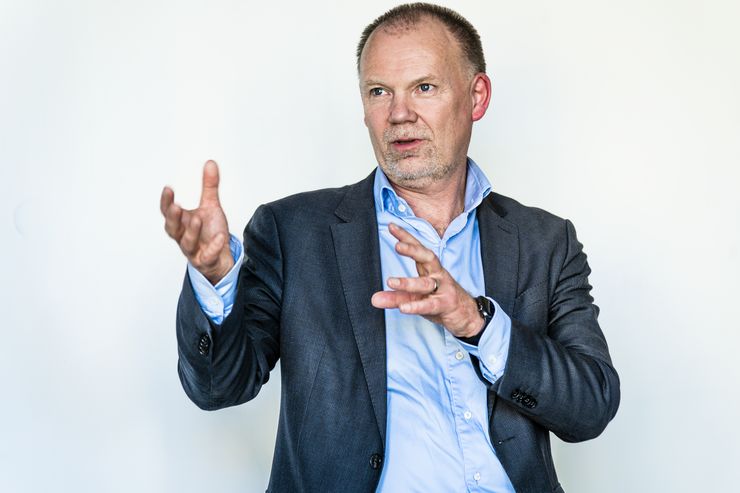 Photo credit THOR BALKHEDVisualisation is a young research field, and LiU is on the ball early – an example of this is the recruitment of Anders Ynnerman as Sweden’s first professor in the field. In the years that follow, visualisation becomes one of the university’s most high-profile areas. Meanwhile, work continues on the creation of a world-leading visualisation centre, in close collaboration with LiU, Norrköping Municipality, the Interactive Institute and Norrköping Science Park. 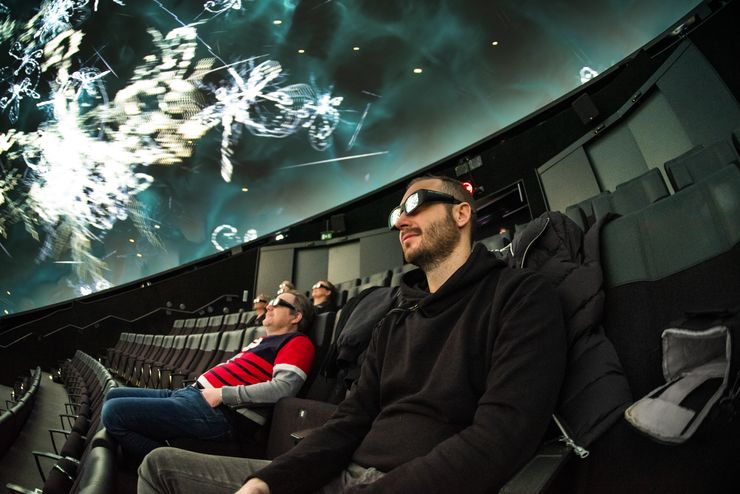 Photo credit Thor BalkhedThe pace increases, and the deadline is approaching. A lot remains to be completed, including the film for the opening of the centre’s dome theatre. A world-famous guru in the field, Carter Emmart from the Hayden Planetarium, is persuaded to leave New York City for a wintery Norrköping, in order to direct the film Allt vi är (All We Are). What takes a large production team in New York City three years to finish, takes three people in Norrköping three months.

In May of 2010 it’s time: Visualization Center C, in the heart of Norrköping’s revitalised industrial precinct, is officially opened by the Swedish king. It features world-class visualisation research and a hyper-modern dome theatre – where All We Are is shown to much acclaim. 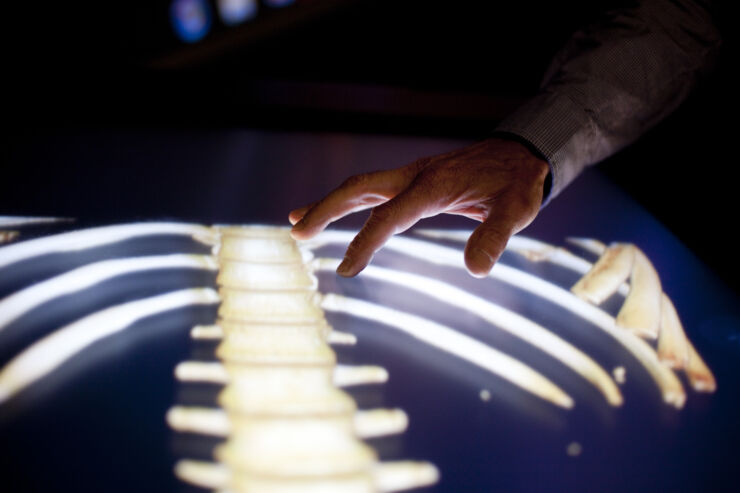 Photo credit David Einar NygrenBut the journey has just begun. A visualisation table is built for the centre, where visitors can investigate the human body’s different layers, in three dimensions. Initially there are no commercial plans for the table, but a YouTube film gets 60,000 hits in one week, and there is a lot of interest in purchasing one. So the visualisation table is developed into a commercial product which is now used worldwide – both in healthcare and at museums and science centres.

In January 2017, Visualization Center C and Linköping University receive a large anniversary donation from the Knut and Alice Wallenberg Foundation. The initiative is named Wisdome – and from its base in Norrköping, it will be spread to dome theatres around Sweden, with the aim of sparking young people’s interest in science and technology. Plus, the dome in Norrköping gets an upgrade – at its reopening, it is the most technically advanced in the world. 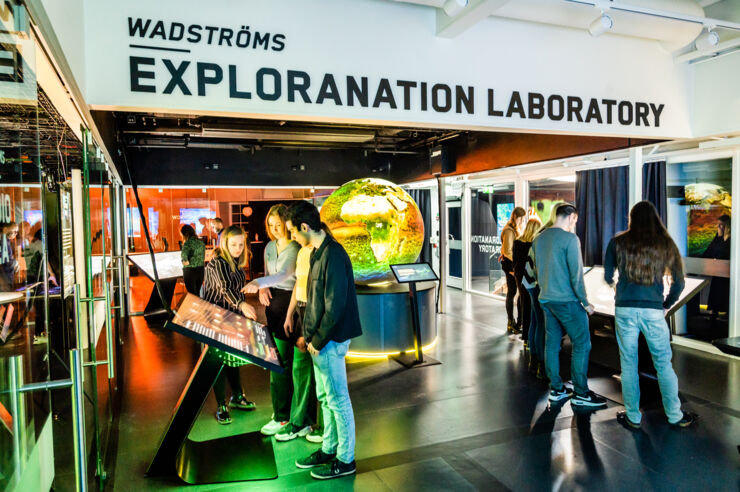 In Wadströms Exploranation Laboratory, LiU researchers in fields such as climate, environment and sociology joined forces with visualisation researchers, to create completely new opportunities to understand and explore the world around us. Photo credit Thor Balkhed Anders Ynnerman is passionate about using visualisation to enable young people to discover and understand the world. Now it’s time for the next revolution, and he has coined a new concept: exploranation – a combination of the words exploration and explanation. Thanks to technological advances and growing volumes of open data, the same advanced methods and information that the researchers use can be accessible to the general public, and even to children.

With exploranation, the pioneers of tomorrow have the tools to understand – and create change. 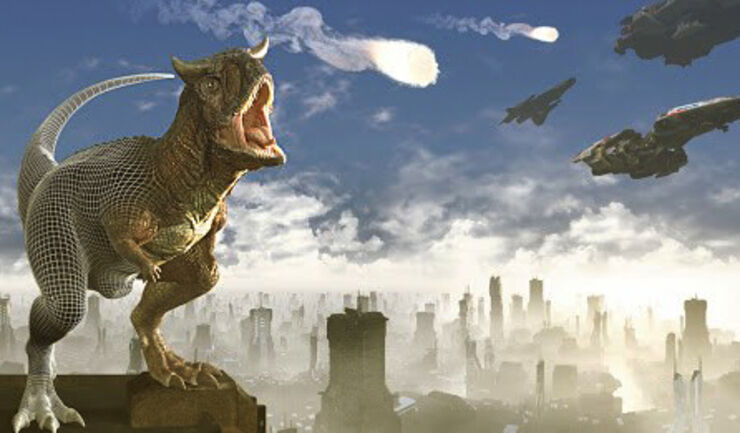 The prize-winning film "Making Magic 3D - A visual effects story" is one out of five films made within the framework of the project Wisdome.

A research and science center in Norrköping, Sweden, conducting a unique mix of leading visualization research and public outreach activities. The center hosts a large-scale arena for public visits and events.

LiU conducts world-leading research within the field that encompasses both advanced image processing and conversion of enormous amounts of data into understandable images. The results are also used for augmented reality and immersive environments.