The importance of touch

Why do we get pleasant sensations when a person we like strokes our skin? India Morrison, winner of this year's Fernström Prize, wants to find out how touch and pain affect our behaviour.

A robot moves a brush across a test subject’s arm at various speeds. A slowish stroke is most pleasant. Photo credit Thor Balkhed Nerves in your skin give you information about your surroundings. When a wasp lands on your arm, this is interpreted by your brain, which describes what happens. But there is something more to a pleasant touch between two people.

“We’re just starting to understand emotionally charged, or affected touch. Affected touch in social interaction is more connected with emotions. A central problem is why we have this system,” says India Morrison, senior lecturer at the Department of Clinical and Experimental Medicine and the Center for Medical Image Science and Visualization (CMIV).

In her research, Dr Morrison is interested in both affective touch and affective pain. These might sound like direct opposites, but Dr Morrison sees several similarities. Features they have in common include that they follow the same signalling pathway through the spinal cord and that to some extent they are processed in the same parts of the brain. Also, both have an emotional component. 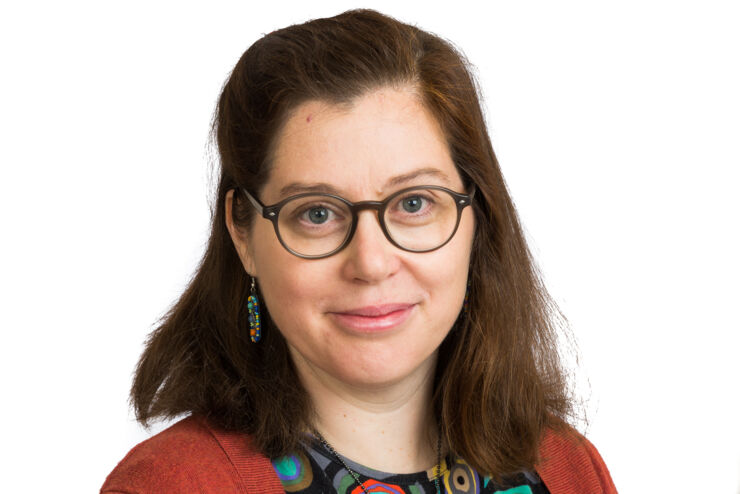 Photo credit Thor Balkhed For her research, India Morrison was recently awarded the 2016 Fernström Prize at Linköping University. Her research is interdisciplinary and she enjoys seeing the cross-pollination of ideas and methods from different disciplines.

“I want to find out what touch and pain get us to do. Pain is unpleasant for a reason: it tells you to act. Instead of just observing the sensory perception, we want to see it from a behavioural perspective.”

Usually, when we feel pain, we make a decision about what to do. We weight cost against benefit. A race participant might choose to keep running, despite the pain he or she feels. In one study, Morrison and her colleagues put volunteers into an MRI scanner. When subject to pain, the volunteers could choose whether to act or do nothing.

“We saw that part of the brain’s pain network only reacts if there is an action involved, like choosing to hold onto a hot cup, because the coffee is valued more highly than the discomfort. So the function of some parts of the network is to respond to pain through behaviour, not only to feel or to moderate the pain.”

To follow up these findings, the researchers studied individuals with a congenital insensitivity to pain (CIP).

“Even though they feel pain, they have difficulty connecting the experience of pain to an appropriate action. Some develop problems with inflamed joints, because they don’t adjust their behaviour when they feel pain.”

CIP is caused by an extremely rare mutation. Carriers of CIP have fewer C strands, a type of nerve that transmits touch and pain signals to the brain. Dr Morrison and her colleagues have shown that the fewer C strands these people have, the more divergent their results in a pain test. When asked to imagine various events such as getting a mosquito bite or having root canal work done without anaesthetic, they tend to underestimate the level of pain, compared to other people.

Most prefer a slowish stroke

The shortage of C strands also seems to affect the perception of light touch. The LiU researchers use a robot that moves a soft brush at various speeds across a person’s skin. For most people, speeds of between one and ten centimetres per second are most pleasant. At these speeds, the C strands are most active, leading signals to the insula, a small part of the brain that is involved in the perception of well-being.

Compared to a control group, the CIP carriers reported that slow touch was less pleasant. When shown films where other people were stroked, they also tended to underestimate how pleasant the person in the film found the contact.

“This tells us something about how human empathy works. When evaluating something that happens to another person, we use our own experiences as a backdrop.”

It was exactly this interest in social interaction that led Dr Morrison to this field. Over time she has broken down her research question into smaller and smaller pieces. To understand how the interaction between two people is influenced by affective touch, she first needs to know exactly how it works in a person’s brain.

“I hope that, by the time I’m approaching retirement, I can connect all the pieces of the jigsaw puzzle, and see the big picture. I’d like to help us understand exactly how social context affects the function of the brain.”

Every year the Fernström Foundation awards six prizes to particularly promising and successful young researchers at Sweden’s six faculties of medicine. Also, every year it awards the Nordic Fernström Prize, with SEK one million in prize money, to a medical researcher.