A donation of SEK 15 million from the daughters of master builder John Mattson has made possible a sponsored professorship with dedicated workshops, studios, laboratories, etcetera, at Carl Malmsten Campus Lidingö. 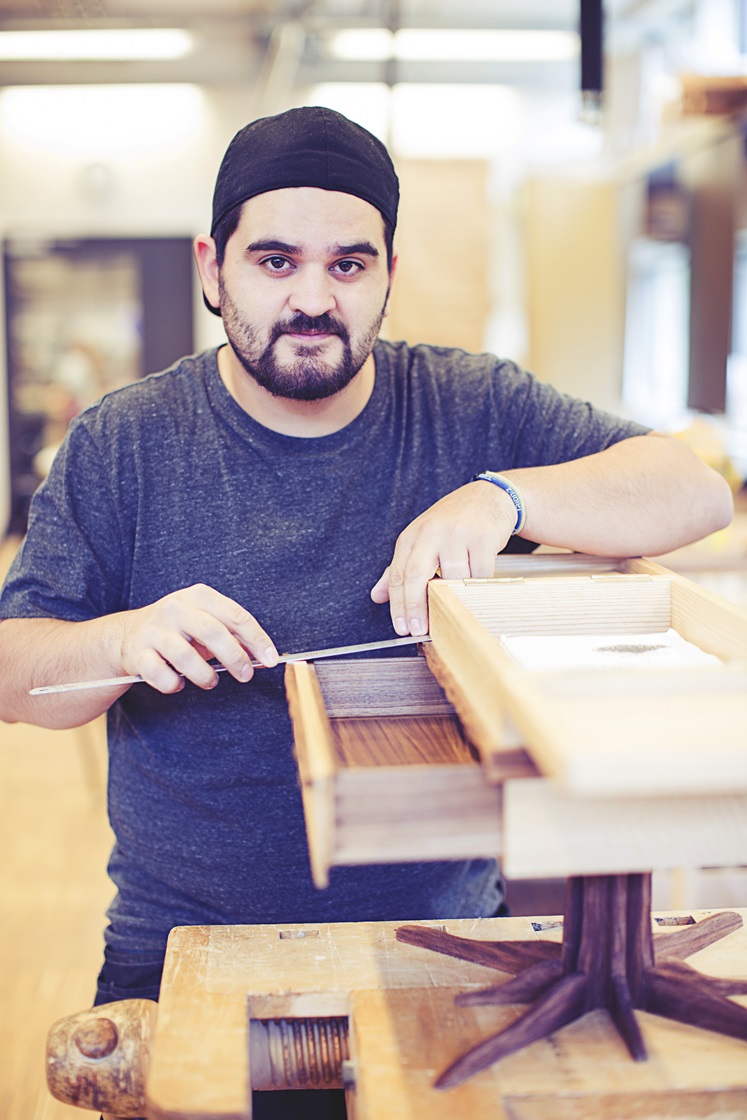 Foto: David Einar NygrenThe professorship is the first in Sweden in this academic field, and has been financed by a donation from Kerstin Skarne and Ann-Sofie Mattson, daughters of master builder John Mattson. It is linked to Carl Malmsten – Furniture Studies in Stockholm, where LiU conducts education in furniture studies.

In association with the establishment of the professorship, LiU and Nordiska museet entered into an in-depth collaboration for education and research that gives the students unique access to the museum collections and its experts.

Since being appointed, Johan Knutsson has worked with, among other things, a research programme with several branches: technology and aesthetics through the ages, the reuse of shapes throughout history, and the revival of neglected technology.

The education at Malmstens was incorporated into Linköping University in 2000. Operations were conducted for many years in rather crowded premises, but could move in the autumn of 2009 into a specially designed building on Lidingö. The dedicated buildings and workshops contain exhibition spaces, studios, laboratories, etc. In association with the opening of the new building, John Mattson’s daughters donated funds for a new scientific library and student scholarships.

Kerstin Skarne and Ann-Sofie Mattson, daughters of master builder John Mattson, have donated SEK 15 million to Carl Malmsten – Furniture Studies in Stockholm. The donation will be used to partially finance a professorship in furniture culture, a scientific library and student scholarships. It will be managed by the Master Builder John Mattson’s Memorial Foundation.

John Mattson created one of Sweden’s largest construction and property companies in the period 1944-1965. Construction activities (after being transferred to JM) were sold off in 1966. Through its collaboration med Nordiska museet, LiU Malmsten has access to the museum collections and expertise, to be used in lectures, etc. The value of the contract is SEK 1.6 million over ten years. Nordiska museet is Sweden’s largest museum of cultural heritage and exhibits Swedish trends and traditions through exhibitions of houses and homes, clothes and fashion, and local traditions.

Malmstens Linköping University provides training in furniture design, cabinetmaking, and upholstery. We are part of the Department of Management and Engineering.