...research coordinator for Kunskapslänken, which has been nominated for a UNESCO prize for sustainable development. 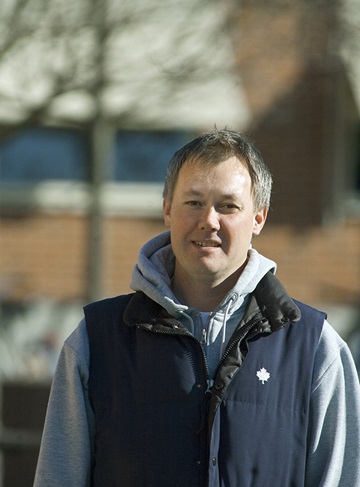 Now the Swedish Government has nominated Kunskapslänken, the national arena, in which researchers from LiU have had a leading role. What kind of link is it?
“Kunskapslänken is a national platform for school development within sustainable development. It is a project that is largely financed by the Swedish Energy Agency, and has been going on for a few years. We have constructed a kind of collaboration area for learning in which schools, government agencies, organisations and various entities contribute to provide children and young people the opportunity to acquire knowledge, skills, values, and attitudes needed to be able to contribute to sustainable development,” says Anders Jidesjö, teacher and researcher at the Department of Thematic Studies – Environmental Change and national research coordinator for Kunskapslänken.
“Briefly put, we have created an arena for sustainable learning that can facilitate its implementation in education. Schools have had sustainable development as a task for many years – it’s high time it puts out roots into the classroom.”

How is it that these are issues that easily end up a bit on the side?
“That’s a good question. In part, I believe the issues are absent in education because of the teachers, and in part I believe the students don’t always get an answer to the basic question of education: why should I learn this? But this is absolutely necessary knowledge for students to be able to prepare themselves for life in society. As a nation, we have pledged ourselves to reach certain goals as regards sustainable development. This actually concerns everyone.”

Now Kunskapslänken has been nominated for a UNESCO-Japan prize, with a chance at bringing 50,000 dollars in prize money home. What is it about this particular project that stands out?
“It may be the innovative grasp, and the setup and orientation of the research, that is being rewarded. It has become an arena where entities such as 16 state agencies can reach out with dissemination of knowledge. I believe this is unique; we have gotten new grips on school development and implementation.

People can read about Kunskapslänken, that a project continued the training of 16,000 pedagogues who are estimated to have reached out to approximately 480,000 students – but what have you achieved?
“The entire project is an exciting example of work on research communication. We are barely ten senior researchers involved, and I’ve had the role of national coordinator. We’ve contributed three research reports, and done things like illuminate the important role teachers have as regards making a real impression in the classroom.
“For us, Kunskapslänken has become a continuation of our completed Knutprojekt – ‘Climate and Energy for Young People’ – which lasted from 2009 to 2014. The whole thing started with smaller projects in the early part of the last decade, in collaboration with researchers at LiU, in the current Department of Management and Engineering, Department of Thematic Studies, and Department of Behavioural Sciences and Learning, as well as with researchers at Stockholm University and Dalarna University. We were all interested in how to bring focus onto energy, the environment, and health in an education perspective, and how this could be implemented in education.”

But Kunskapslänken is a project also nearing its conclusion. What’s happening today?
“Of course, we hope to receive permanent funding. In our project, we’ve showed that efforts are needed to link together education with different resources in the surrounding community. It is through such connections that children and young people are introduced to what is important in culture, based on a vision of social inclusion. We want to give them the feeling that they’ll be taken seriously.”