In the late 1990s Linköping University gets a new campus in Norrköping, forty kilometres away. But a university with campuses in different locations must have easy travel between them. Otherwise it doesn’t seem like a single university. 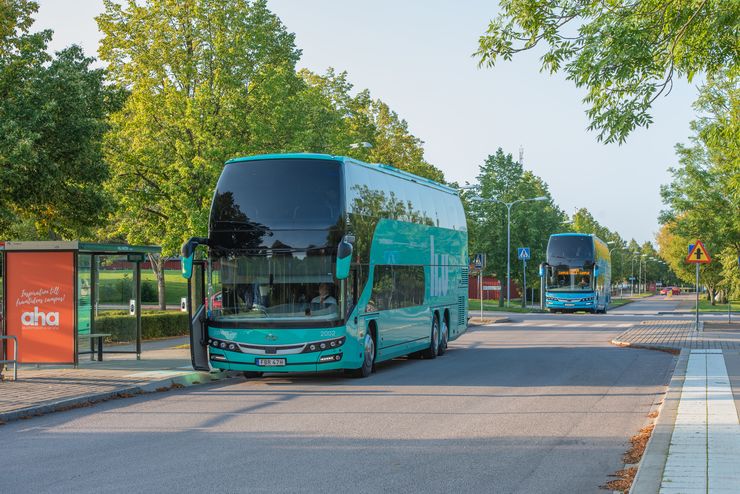 Photo credit Magnus JohanssonThe students get an idea: a bus line between LiU’s three campuses. The student unions join forces to help make sure the idea becomes reality. The university management gets on board. Why should our students have to fork out for extra travel costs? We’ll pay!

The contract is signed and in 2002 the Campus Bus gets rolling. Travel is free for students, and for staff commuting for work purposes. LiU no longer has to duplicate courses, and students get better access to everything the university offers.

Everyone happy? Not quite. When the university decides to operate the service together with another provider, the regional transport company asks whether this type of competition is actually legal.

A formal complaint is lodged and Deputy Vice-Chancellor Christer Knuthammar, the one who signed the contract, is called in for questioning. Newspaper headlines read “Deputy VC reported to police”, the press refers to him as “the 62-year-old” and he wonders if he will be carried to prison by grateful students. But no charges are laid and subsequently the regional transport company incorporates the Campus Bus into its regular services.

A few million trips later, the Campus Bus is an institution that huge numbers of students use or have used. They can take courses in both cities, have a supervisor located in the other city or live in one city and study in the other. And the justice system has no objections.

As a student of LiU, you can travel between our Linköping and Norrköping campuses for free! The campus bus provides smooth transfers between our campuses.