Researchers at the Laboratory for Organic Electronics at Linköping University, have created a supercapacitor that can be charged by the sun. It contains no expensive or hazardous materials, has patents pending, and it should be fully possible to manufacture it on an industrial scale. 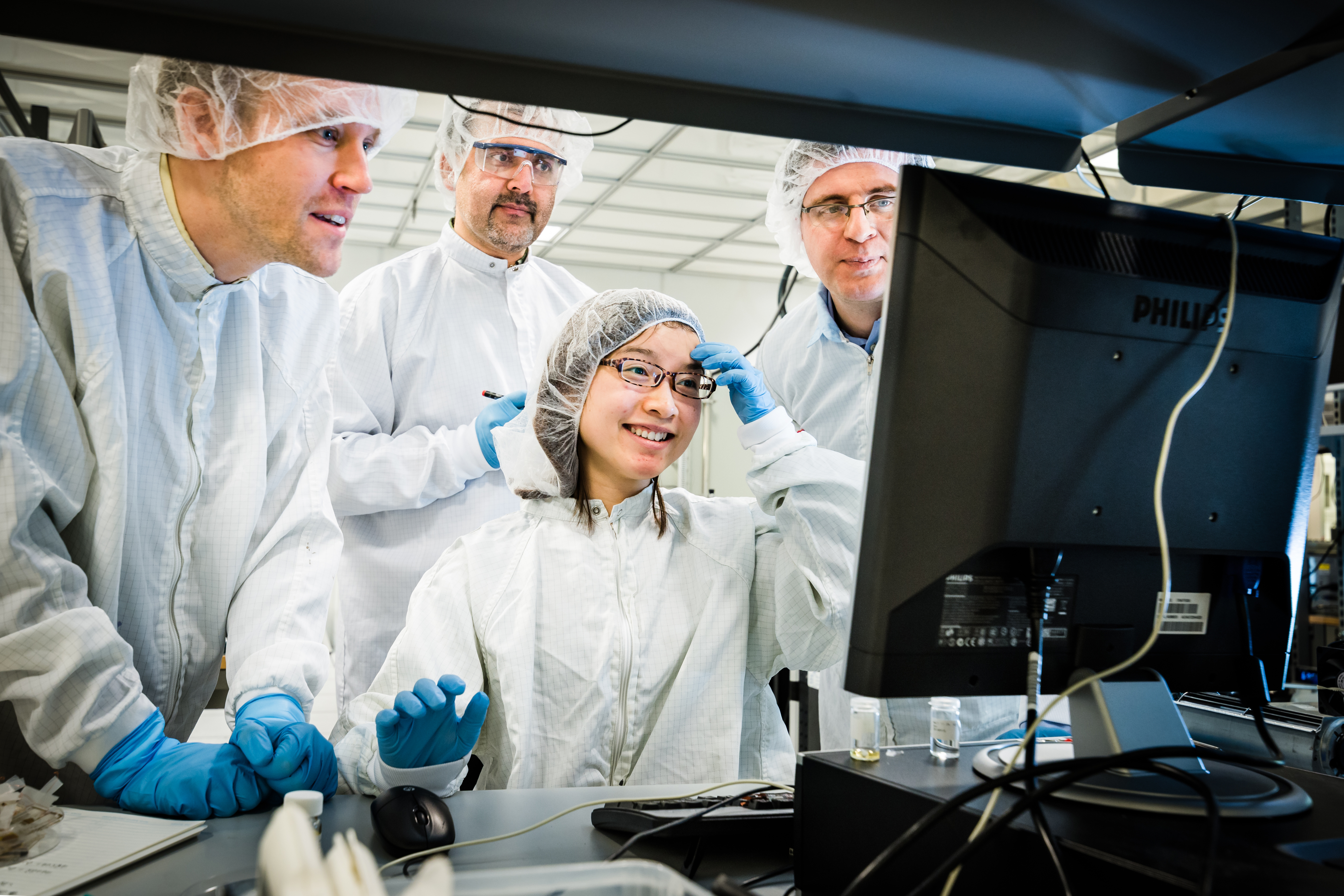 Foto: Thor BalkhedIn the future we could have a completely new type of energy storage, charged by heat energy – for example during the day when the sun shines, or by waste heat from an industrial process. The heat is converted to electricity, which can be stored until it is needed. The results have recently been published in the esteemed journal Energy Environmental Science.

Simply put, a supercapacitor is energy storage: a type of battery that consists of an electrolyte of charged particles – ions – between two electrodes. The charge is stored next to the electrodes, most often in carbon nanotubes. One of the physical phenomena that the researchers make use of here is that if a supercapacitor is exposed to a temperature gradient – that is, one end is warm and the other cold – the ions rush towards the cold side and an electric current arises.

The thermoelectric effect is used to make electricity of heat; how much heat is converted to electricity depends both on which electrolyte is used and how great the temperature difference is.

For many years, researchers at the Laboratory for Organic Electronics have experimented with fluid electrolytes consisting of ions and conductive polymers. The positively-charged ions are small and quick, while the negatively-charged polymer molecules are large and heavy. When one end is heated and the other one cooled down, the small, quick ions rush towards the cold side while the heavy polymer chains stay where they are. Since they are ions, and not electrons, they stick to the metal electrodes. The charge that then arises is stored in carbon nanotubes next to the metal electrodes, and can be discharged whenever the electricity is needed.

They found the right polymers

Postdoctoral students Dan Zhao and Hui Wang, and doctoral student Zia Ullah Khan, found the right polymers after years of fruitless experiments. They produced an electrolyte with 100 times greater ability to convert heat to electricity than the electrolytes normally used.

Foto: Thor Balkhed
“We still don’t know exactly why we’re getting this effect. But the fact is that we can convert and store 2,500 times more energy than the best of today’s supercapacitors linked to thermoelectric generators,” Professor Crispin says.

The electrolyte contains only non-hazardous, simple, and cheap materials that are stable and can be handled at room temperature. The ion-driven thermoelectric supercapacitor therefore opens up new possibilities of storing solar electricity, to take one example. The research has resulted in two patents; the hope is that the results will lead to an entirely new type of energy storage that can be mass-produced on an industrial scale.

Since 2014, the research has been funded by the Knut and Alice Wallenberg Foundation as part of the “Tail of the Sun” research project.

Charged by the sun