Research on ageing is by nature interdisciplinary. Ageing is part of human life in general, but also socially constructed and influenced by many different factors, such as genes, lifestyle, social structure, welfare systems, technical development, health care, medicine, and economy. Many research areas are associated with aging, although not considered as “ageing research”.

ASC-ISAR is a seminar series for everyone interested in research on ageing. ASC-ISAR provides a platform for outstanding lectures on issues of ageing from different disciplinary angles that are of general interest. Moreover, it serves as a platform for ageing research where researchers meet, network and create collaborations.

Research has well-documented the importance of social networks for health and wellbeing throughout the life course, and in particular, networks’ instrumental role in promoting trajectories of healthy aging among older adults. However, the generalizability of these associations to aging populations in low- and middle-income countries is not well-established. This presentation presents a recently concluded PhD project (2021) which aimed to better understand the role of social networks – particularly networks’ diversity, dynamics, and deficits – for the health of aging populations in the Southeast Asian context of Indonesia. In addition, I will present an upcoming project (2022-24) aiming to develop social network interventions in both Indonesia and Nepal.

This presentation will illustrate empirical findings from different sources on the impact of the pandemic on informal carers in Europe. To this purpose, it will first present a pre-pandemic overview of estimations on the number of informal carers using three Europe-wide surveys, to move into the analysis of the impact of the first pandemic wave (occurred in 2020) on formal and informal care, with a more in-depth focus on carers of people with dementia in Italy and Hungary. The presentation will close with evidence from the second  wave (occurred in 2021) in 8 European countries.

Family Conflicts: Love and Hate around Inheritance and Gifts

In Western Europe families have long been considered a cohesive force in society with evidence of strong kinship ties (Arber/Attias-Donfut 2000). Yet, within the context of austerity, privatisation and ageing populations we can observe a re-familialisation of key welfare functions and a greater reliance on family transfers to fund higher education, housing or long-term care (Köppe 2018a). By conducting an analysis of court case records in Sweden, this project examines what happens when intergenerational financial transfers (i.e. inheritances and inter-vivo gifts) give rise to family conflicts and tensions. This study builds on findings from a recent study involving English court cases (see Izuhara/Köppe 2019) thereby making a key contribution to understanding the scale and nature of intergenerational conflicts in different European contexts. The presentation will focus on the conceptual framework, research design and Swedish policy context. 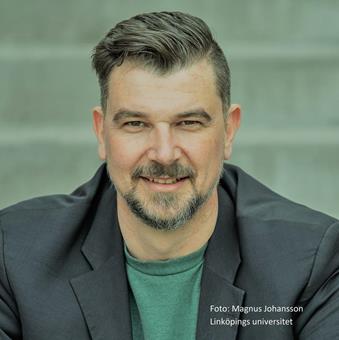 In our information society, media use plays an important role. However, knowledge is lacking about whether different birth cohorts show preferences for specific traditional or new media. We provide empirical evidence for the concept of ‘technology generations’ formulated by Sackmann & Weymann (1994; 2013) in relation to media use by older adults. We tested differences in media use and media preferences in Austria, Canada, Denmark, Israel, the Netherlands, Romania and Spain, using commensurate samples consisting of Internet users aged 60 years and older (N=10527). Our cross-cultural data reveal differences between the technology generations, especially in terms of media use, but not in media preferences (time spent using different media). We also found the effect of country of origin to be stronger than the effect of generation in explaining older adults’ preferences for traditional/vs new media.

The results point to the need for a more nuanced view of the concept of ‘technology generation’, when taking into account some contextual aspects, that would differentiate the way different age cohorts incorporate technologies in their lives.

(1) increases in life expectancy coupled with an increased population aging; and

Exploring the interplay between both dynamics has become a major pillar in gerontological research. That is because using (or not using) digital technology is assumed to involve benefits as well as risks to individual aging processes in modern societies. However, we know little about how the digitalization is associated with the variability of health-related and psychological outcomes in later life.

In the first part of this talk, I will provide an overview of my research to investigate beneficial implications and consequences of digital technology use among older adults. Based on nationwide representative panel studies such as the German Ageing Survey (DEAS) or the Survey of Health, Ageing and Retirement in Europe (SHARE), I will empirically illustrate how the use of digital technology is positively associated with outcomes in cognitive and socioemotional domains of functioning. However, technology is not always a friend of old age, and therefore I will discuss dysfunctional and not intended consequences for the older person in the second part of my presentation.

Using active ageing as a policy response to the challenges of ageing ‘Active ageing’ has been a key strategy for responding to demographic ageing in Europe. This is in contrast to the United States where discourses around successful ageing have dominated.

This presentation will initially consider some of the key challenges and responses associated with demographic ageing, with particular reference to the UK. It will define and chart the development of active ageing responses to demographic change. In practice, it will show how active ageing has been dominated by a narrow economic or productivist perspective that prioritizes the extension of working life and reducing the ‘burden’ of population ageing. Such interpretations of active ageing undermine the value of a more comprehensive approach to active ageing.

It will explore the development of the Active Ageing Index in 2012, and show that its operation has tended to reaffirm age-based categories associated with ageing, failing to engage with the importance of the life course in shaping the experience of old age.

Nevertheless, it will argue that active ageing still has an important role to play in our understanding of and responses to ageing, and outline the basic principles that need to be followed if the full potential of active aging is to be realized. In particular, it argues that it should be central to policy strategies aimed at improving older people’s well-being.