Stress – can it be inherited?

Genetics and environment make us what we are. It’s clear that environment affects us, but previously, few believed that such an effect could be passed on to the next generation. 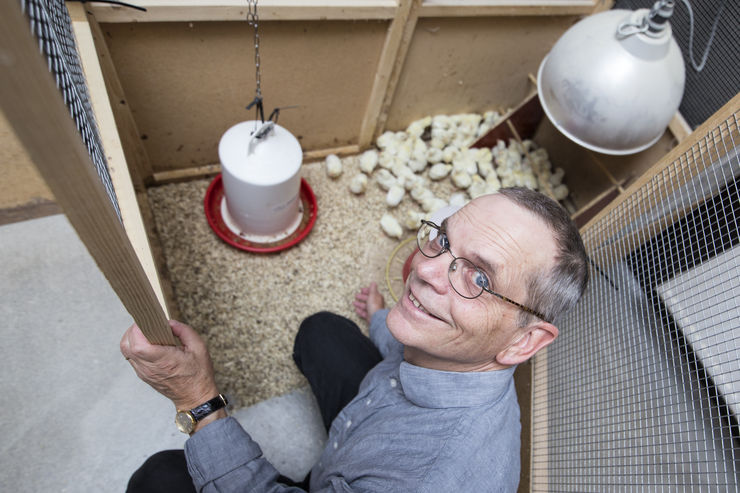 Per Jensen, professor of ethology, was quick to the ball regarding the field epigenetics (literally 'in addition to the genes'). Photo credit Charlotte Perhammar In 2005 Per Jensen joins Linköping University as professor of ethology – the study of animal behaviour. Together with a group of biologists he studies juvenile chickens, and discovers that they can actually inherit behaviours learned by their parents. 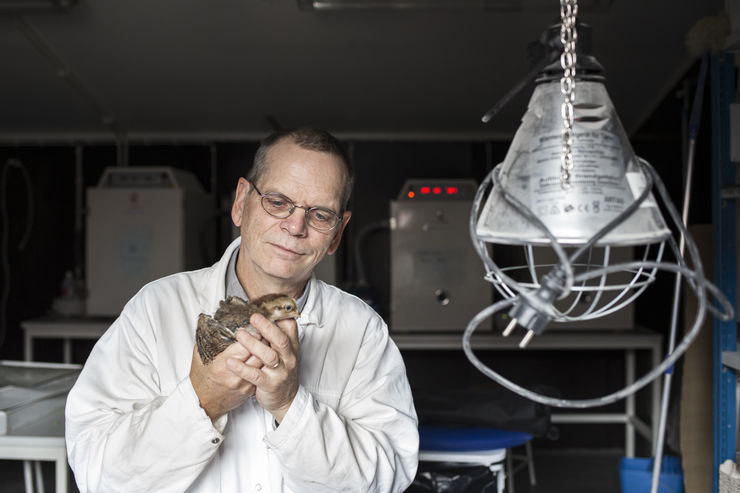 Photo credit Charlotte Perhammar The researchers let the juvenile chickens grow up in an environment where the daily rhythm of light and dark varies randomly. The animals never know when they will get food or rest. As a result their capacity to learn is clearly inferior to that of other juvenile chickens. These stressed animals mature, and have offspring with the same learning difficulties, even though the new generation has not been subject to stress. That is, they have been treated exactly the same as the control group. Hence the researchers hyphothesise that the difference is due to the brain developing differently in the animals with stressed parents. Indeed, their findings show that in the brains of both the stressed parents and their offspring, the functioning of the genes has been affected.

The field is called epigenetics – literally ‘in addition to the genes’ – and at this time it has only begun to attract interest in the global research community. Researchers from LiU are quick to the ball, and their results receive a lot of attention – but also some criticism. The media can’t resist the angle ‘LiU researchers question Darwin’, although Per Jensen emphasises that the results don’t mean that Darwin was wrong. In fact Darwin never rejected the idea that learned behaviours can be inherited; it’s others who have interpreted him this way. 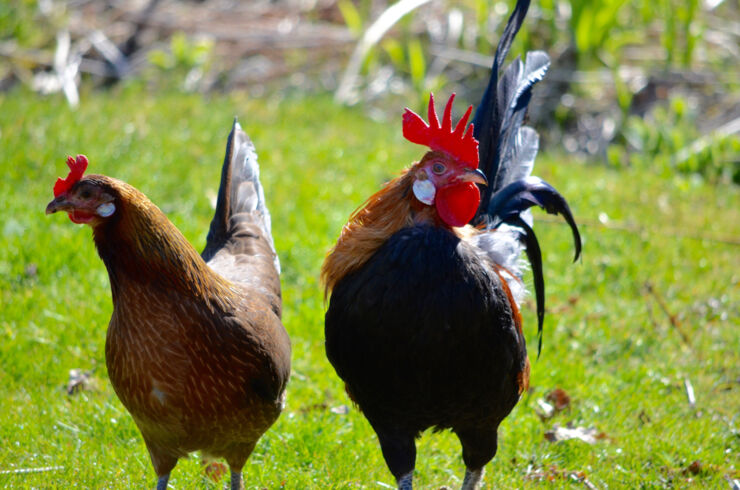 Red Junglefowl is the wild relative to the domesticated chicken. Photo credit Per Jensen Work continues, and today research is conducted in a large, internationally renowned group. The chickens are raised in the university’s own coop, which ensures full control from when they are bred and hatched. The researchers have access to advanced labs, for different types of studies in everything from behaviour to molecular biology. The group is one of few in the world that has red junglefowl – the ‘original chicken’, from which the modern domesticated chicken has developed. This makes it possible to breed crosses, and to compare domesticated chickens and their wild ancestors.

For instance the researchers investigate how the effects of stress differ, depending on when in life the stress is experienced. The results can impact how animals are treated in the future, and can eventually teach us about how people inherit diseases.

Chickens that grow up in an environment that they perceive as more diverse and manageable, retain an optimistic view of life and cope with stress better than individuals that grow up in more sterile surroundings. Hanne Løvlie, associate professor at Linköping University, has lead the study.

Learn from Per Jensen - join our degree programme Show/Hide content

This programme deals with animal behaviour and biology from an applied perspective, including problems associated with keeping animals in captivity. Our aim is to provide you with a solid understanding of theory and methods of applied ethology.

Ethology is the study of animal behaviour and its underlying causes. At LiU, influential research is carried out into how various genes influence animal behaviour, well-being and personality.