Using semi-conductive polymers, both analog and digital electronic circuits can be created inside living flowers, bushes and trees, as researchers at Linköping University Laboratory for Organic Electronics have shown. The results are being published in Science Advances. 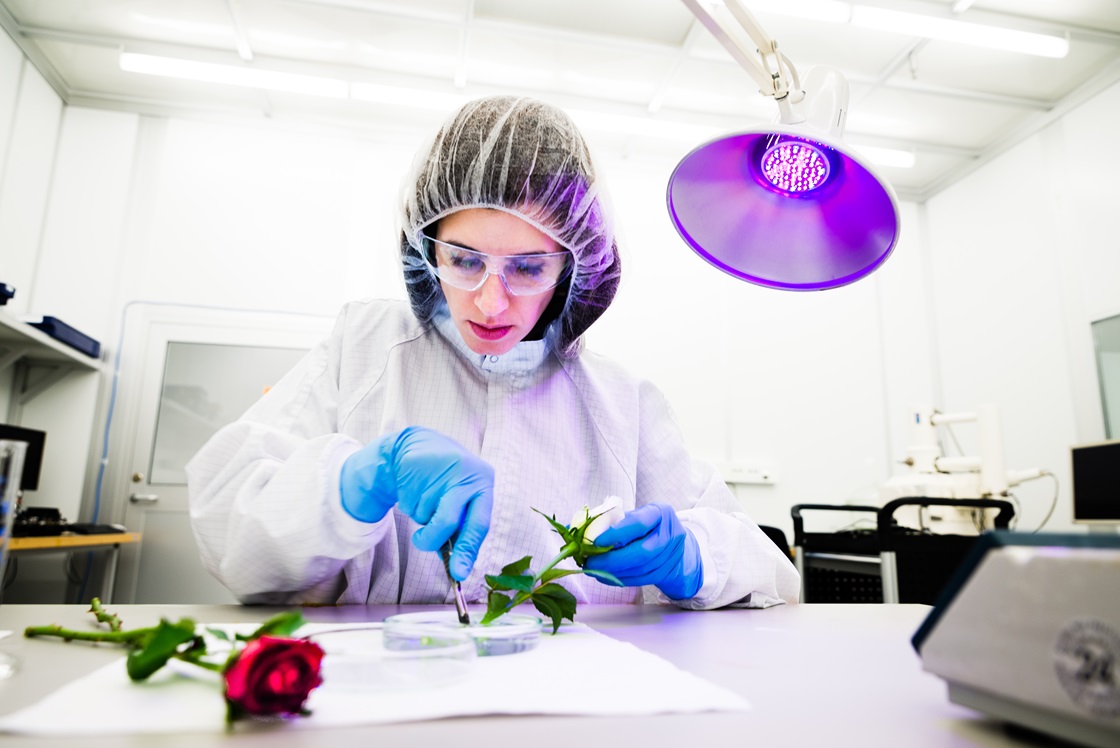 Eleni Stavrinidou, post doc, i labbet vid LOE Photo credit: Thor BalkhedWith the help of the channels that distribute water and nutrients in plants, the research group at the Laboratory for Organic Electronics, under the leadership of Professor Magnus Berggren, have built the key components of electronic circuits. In an article in Science Advances, they show how roses can produce both analog and digital electronic circuits, which over the long term could be used, for example, to regulate the plant’s physiology.

“Previously, we had no good tools for measuring the concentration of various molecules in living plants. Now we’ll be able to influence the concentration of the various substances in the plant that regulate growth and development. Here, I see great possibilities for learning more,” says Ove Nilsson, professor of plant reproduction biology at the Umeå Plant Science Center and co-author of the article.

Since the beginning of the 1990s, Magnus Berggren – professor of Organic Electronics at Linköping University’s Norrköping campus – has been researching printed electronics on paper. Now and then the idea of putting electronics into the tree itself cropped up, but research funders were indifferent. Thanks to independent research money from the Knut and Alice Wallenberg Foundation at the end of 2012, Professor Berggren could hire three researchers with new doctorates: Roger Gabrielsson, Eleni Stavrinidou and Eliot Gomez. The task was to investigate – with the help of the more senior researchers at Linköping University and the Umeå Plant Science Center – whether it was possible to introduce and even produce electronics in plants.

The answer, in other words, was yes. In just about two years, the research group succeeded in getting plants to produce both analog and digital circuits.

Mr Gabrielsson found the polymer PEDOT-S, which turned out to be soluble in water. When it was absorbed into a rose, for example, it was converted into a hydrogel, which – suitably enough – forms a thin film along the channel through which the flower absorbs water and nutrients. Ms Stavrinidou then succeeded in getting the plants to produce ten-centimeter segments, 50 cm thick, of membranes – or film – of the conductive polymer. With an electrode at each end and a gate in the middle, an analog transistor was created.

“We’ve produced the perfect measurement values, which show that it really is a fully functional transistor,” Ms Stavrinidou says.

She has measured the conductive ability of the polymer from 0.13 siemens/cm all the way up to 1 siemens/cm. 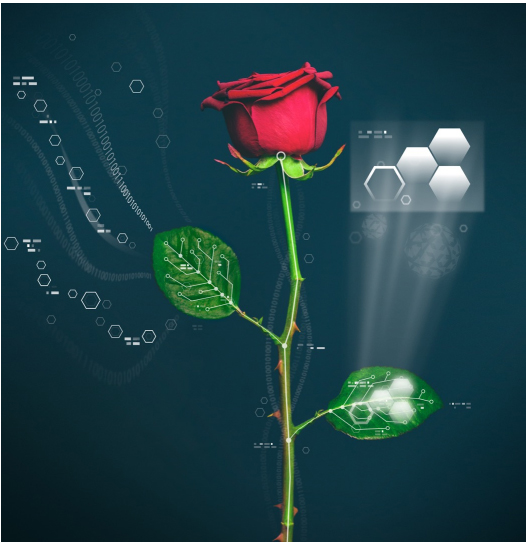 Mr Gomez used another method common in plant biology – vacuum infiltration – to send another PEDOT variant together with nanocellulose fibres into the foliage of the rose. The cellulose forms a 3-D structure with small cavities – like a sponge – inside the rose leaf, and the cavities are filled with the conductive polymer. Electrochemical cells are thus formed with a number of pixels, partitioned by the veins. The electrolytes come from the fluid in the leaf. This means that the leaf functions in somewhat the same way as the printed character display on a roll that is manufactured at Acreo Swedish ICT in Norrköping.

“We can create electrochromatic plants in which the leaves change colour – it’s cool, but maybe not so useful,” Mr Gomez says.

But what is otherwise a weakness of organic electronics – the cold and the wet – is solved by the plant when it encapsulates the polymer and protects it from wind and weather.

“It seems as if the polymers we use had been created for their function,” Mr Gabrielsson states.

Professor Berggren sees an entirely new field of research:
“Now we can really start talking about ‘power plants’ – we can place sensors in plants and use the energy formed in the chlorophyll, produce green antennas or produce new materials. Everything occurs naturally, and we use the plants’ own very advanced, unique systems,” he says.

“As far as we know, there are no previously published research results regarding electronics produced in plants. No one’s done this before,” Professor Berggren states. 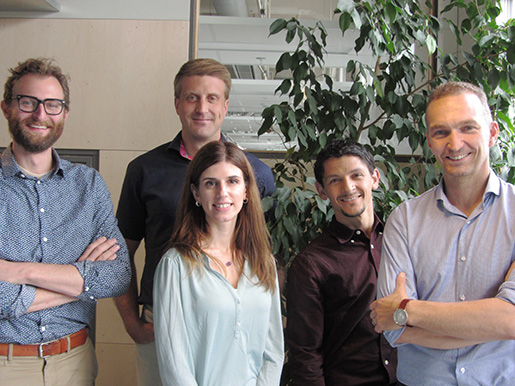 Siemens is the SI unit for conductance, or conductivity.

“We usually talk about ground-breaking research, but now we can devote ourselves to neck-breaking research,” says Magnus Berggren, professor of organic electronics who was named as one of 2012 year’s Wallenberg Scholars and thereby receives SEK 15 million (ca EURO 1.7 million) research funding to spend as he likes.