Life as a PhD student at Tema T

She is on her third year. He is expected to defend his thesis next year. – Spending a lot of time on something is part of being very interested in it, says PhD students Nimmo Elmi and Johan Niskanen at Technology and Social Change.
Nimmo Elmi is from Norway, but during her doctoral program at Linköping’s University she has been engaged in field work in Kenya for six months. She is a social anthropologist and researches on how developing countries are using technology to increase their domestic revenues (DRM).
– It’s important to collect your own data to be able to fully understand the relation between what people say they do and how things really work, Nimmo Elmi says, and Johan Niskanen agrees.
Nimmo Elmi is a former student at University of Oslo. She has often been told by others that her analytical skills could be useful in research. Yet, Nimmo Elmi’s first research proposal was not accepted.
– I did not give up, Nimmo Elmi says. In her opinion the university is a place where you solely are judged by your work.
– Some people have asked if it isn’t harder to make progress in the academia when you are not from the ethnic majority group, but that’s not true if you have the right attitude and ideas.
Neither Johan Niskanen’s first research proposal was accepted. Sometimes, they say, it could be a good idea to approach different universities to increase your chances of being granted. Nimmo Elmi googled her way to Linköping’s University and Johan Niskanen heard about Tema T from friends and acquaints.
– Researching technology with a social sciences perspective appealed to me, he says.

Before Johan Niskanen became a PhD student he studied Environmental Science and worked as an environmental consultant. Since February 2014 he has studied the dissemination of low energy buildings and in September 2018 he is expected to defend his thesis. Doctoral studies are demanding and at Tema T they last for at least four years, but Johan Niskanen tries to find a balance in life to not only make it about work.

– I think about my health, he says, but adds that as a PhD student you are not only a student, but also a teacher and a researcher at the same time. Sometimes these different roles require more than 40 hours work a week.
Both Johan Niskanen and Nimmo Elmi teach undergraduate courses, alongside studying their own doctoral courses and projects.
Does one have to teach?
– You don’t have to, but it’s meritorious.
– There are more ways than one to be a PhD student, you just have to find your own way and everyone take different roads after their degrees. 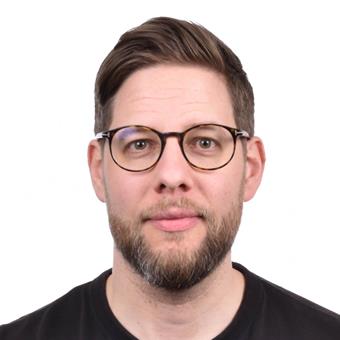