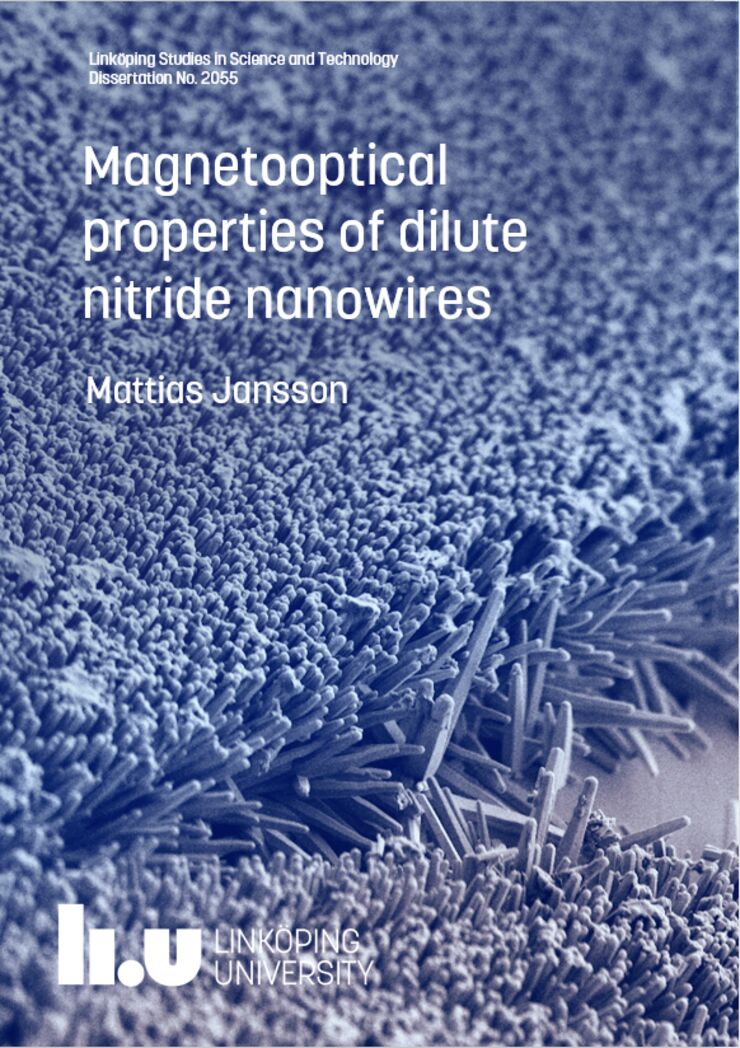 Currently, one of the most intensely studied research fields is to find materials which can efficiently convert light into electricity or, conversely, electricity into light. For this purpose, so-called dilute nitrides are a very promising candidate material. Dilute nitrides are alloys between materials such as gallium arsenide with a small amount of nitrogen. By selecting just how much nitrogen is included in the alloy, it is possible to change the color of light which the dilute nitride material absorbs or emits.

Recently, so-called nanowires of dilute nitrides have been successfully fabricated. Nanowires are, just like regular wires, long and thin structures, but they are a thousand times thinner than the human hair. Such nanowires are better than many other forms of materials in absorbing light. Moreover, it is possible to fabricate such nanowires on silicon substrates, which is very difficult for regular, planar, materials.

In this thesis, the properties of such nanowires are examined. We show how so-called quantum dots are spontaneously formed in the nanowires, which is not only beneficial for the efficiency of the light source, but can also be useful in more advanced applications, such as in quantum computers. However, various material defects are created in the nanowires during fabrication, which limit the performance of the material. For dilute nitride nanowires to be a viable material for solar cells or LEDs, ways to avoid and eliminate such defects must be found.