Next: The smart city

The technology exists; give us the problem and we’ll solve it. Professor Shaofang Gong and his research group reported the findings from the “Smart City with the Internet of Things” research project to a well-attended meeting.

They are being used for measuring and regulating air and humidity in churches and monitoring energy consumption in the Mirum Galleria shopping centre in Norrköping, and they are keeping a watchful eye on refrigeration and freezing at Kolmården Wildlife Park. They are used to regulate air-purifying plant walls and ventilation in the buildings that all together form Campus Norrköping, and they also monitor particulate and carbon dioxide emissions out on some of the city’s streets. 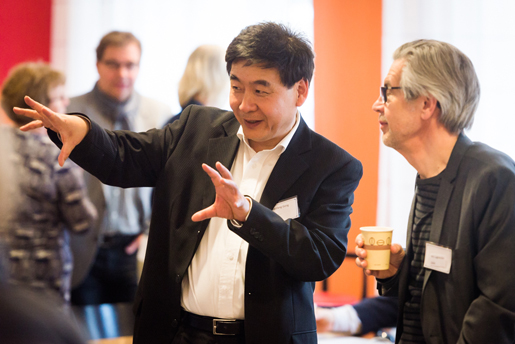 With the aid of technology it is possible to measure, regulate and even send alerts, for example, for water or energy consumption, carbon dioxide levels, particulates, temperature, humidity, levels of volatile organic compounds and much more.  The sensors can also be used for indoor positioning. All data collected can be stored on a cloud, and it can be read via a simple web interface on a mobile phone, a tablet or a computer, wherever you may be.

The sensors can be integrated in existing systems and the information about the system is open for anyone who wants to develop applications. No cable laying is needed, since the system is wireless.

“We can make a complete network for the Internet of Things and actually we have done so. Not many people can say they have done it, but we can and we dare to,” says Professor Gong.

“But of course it is important to derive some benefit from all the data we gather; if instead we start from the problem, we can rapidly integrate a solution into the system,” says Patrik Huss, doctoral student in communications electronics.

“So which end do you start at? Despite the many areas of use and the fact that there are a plethora of visions for the smart city, this is still a technology looking for its use; the solution exists, but what is the big problem?”

“How do we create value and make best use of the findings? Can Norrköping be the first city to build an infrastructure for the Internet of Things?” Professor Gong asks.

Great interest in the Internet of Things 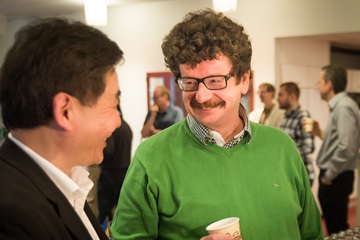 Foto: _Thor_BalkhedHe decided to report on the “Smart City with the Internet of Things” research project before a large number of invited guests, most of whom have been involved in his research one way or another. Many people turned up; there were representatives from Kolmården, SICS Swedish ICT, Norrköping Municipality, E.on, Region Östergötland, LiU Innovation Office, colleagues and a number of companies from the region.

Ideas were flying around and there was great interest; even Norrköping municipal commissioner Lars Stjernkvist joined in:

“You’ve invented the wheel. Now its just a matter of finding a road for the wheel to roll on. With open data that everyone has access to, Norrköping residents can perhaps take part in developing the city, reducing energy consumption and keeping the city clean and tidy.”

But of course he could not make any promises; even if there are a lot of partners collaborating, Professor Gong and his group are keen to have more.

“A little research group cannot do so much, but together we can accomplish a lot,” he says.

Research goes up the wall

In Täppan Building at Campus Norrköping an unusual but fun research project is being carried out. A wireless network of sensors, developed as part of the Smart City project, is utilized to the wall of plants.