Organic printed solar cells will soon be in a window or a bag near you. In “Sunflower”, the recently-concluded EU project, researchers and businesses brought the technology a great deal closer to our everyday lives.
Sunflower’s demonstrator is a living room with nice-looking sun protection on the windows, and a handbag with built-in solar cells to charge a telephone thrown over an armrest. The idea is to show how printed organic solar cells could soon be a part of our everyday lives. The display case with the demonstrator also received a prize for most attractive to the public at the LOPE-C exhibition in Munich this past May. 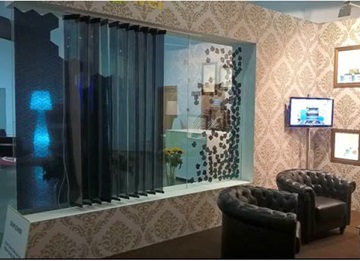 “It’s been a fun, intellectually stimulating project, as we assembled expertise from many different directions in order to solve a concrete task. Our interest is above all scientific, but it’s really fun when the results can also be of use,” says Mats Fahlman, professor of surface physics and chemistry at Linköping University.

Together with his colleagues, he took part in the 4.5-year Sunflower project, which assembled 17 partners from various parts of Europe and was coordinated from CSEM in Switzerland. The goal was to bring printed organic solar cells a great deal closer to a commercial breakthrough, with the task of simplifying our daily lives and making them easier.

New components and materials that increase both performance and lifespan have been developed for the next generation of solar cells.
A protective material has been developed that protects the organic solar cells against moisture and oxygen and does not affect efficiency. Can also be used for other flexible electronics.
The environmental impact is very small.

Mats Fahlman“The solar cells turned out to be exactly as environmentally friendly as we thought they were. Most of everything produced ends up in nature sooner or later, but now we know that the material has no impact on fish hatchlings, for example. The only question is the small contacts that consist of metal,” Professor Fahlman says.

The efforts from his group, however, are on a different level. Professor Fahlman’s specialisation deals with surface chemistry and physics; in this case, how the various polymer materials affect each other. The solar cells consist of several different layers of polymers with large surfaces lying against each other. 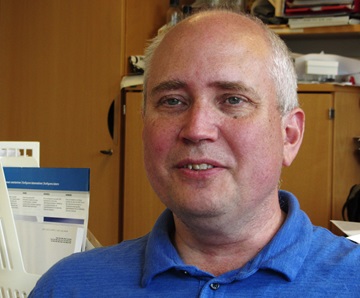 Photo credit: Monica Westman“Organic semiconductors absorb the light and create charges that are sent further on to the contacts. Our task was to see to it that this takes place in the best way, in order to avoid losses,” he says.

No damage to the material that reduces the lifespan of the solar cell may occur, either.

“The more we work, the more we realise how much we don’t understand about how the different properties of the polymer materials affect each other. We can get far with testing things out, but for the final step we need to understand what’s happening inside the materials. We’ll continue cooperating with several of the groups we’ve been in contact with in Sunflower,” Professor Fahlman says.

The energy efficiency in Sunflower’s printed organic solar cells stands at 10 percent in a lab environment – that is, one tenth of the incoming energy from the sun is converted into electricity.

The EU has invested 10 million Euro in the project with the goal of doubling its share of renewable energy from 14 percent in 2012 to between 27 and 30 percent by 2030.