A number of aspects of a rooster’s personality determine whether it will win a duel and gain high status within a group. This has been shown by research conducted by Linköping University’s Hanne Løvlie and other researchers. 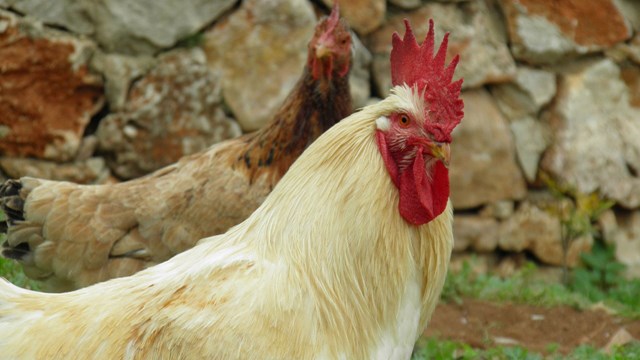 For roosters, size isn’t the only factor that determines rank – personality also matters. New research shows that several aspects of a rooster’s personality affect its status. Roosters that are vigilant, exploratory or aggressive have a better chance of securing a high status in their group than those with a gentler personality. This has been shown by research at Stockholm University and Linköping University, led by evolutionary biologist Hanne Løvlie, assistant professor at Linköping University. The results have been published in the journal PloS One.

About a year ago, the same research group demonstrated that a rooster’s position and social status also affect their behaviour. A rooster that gets a dominant role in a group becomes more vigilant and exploratory.

In a new study, the personalities of fifty roosters of the old game breed “gammalsvensk dvärghöna” were classified by way of behavioural tests at the Tovetorp Zoological Research Station. Two roosters of equal size were released together, and the researchers observed which one became dominant.

”In natural conditions, fowl live in flocks with a number of males and females. They learn to interact and establish who is dominant without unnecessary risk of injury. The individuals observe and interact with their opponents without physical conflict. There is scope for them to establish their status based on differences in size and behaviour”, says Assistant Professor Løvlie.

The results showed that the males who had a more vigilant, or a more curious and exploratory personality prior to acquiring their social role had a better chance of winning a duel. Also, the more aggressive animal normally won his duel, while the more cautious one normally lost.

”Agression has no clear link to being explorative or vigilant, which means these traits independently predict the role that the rooster will have. So there is scope for individuals with a range of traits and personalities to achieve higher social status”, says Assistant Professor Løvlie.

A topical question in personality research is why the individuals have different personalities, and why they are not selected for ”the best type”. Hanne Løvlie and her colleagues could have part of the answer: the dominant males in their natural environment get to mate more often than the less dominant males.

”Having a range of traits leads to high status and greater reproductive success. This could partially explain why the variation in personality types is retained”, says Anna Favati, PhD student at Stockholm University’s Department of Zoology.

An animal’s position in the group can affect its behaviour and personality, according to a study where researchers from universities in Linköping and Stockholm manipulated the social status of male domestic fowl.