The AI systems we use today are often extremely specific Sofia Thunberg is a doctoral student in cognitive science, conducting research into AI and robots. After taking the cognitive sciences programme at Linköping University, she decided to start work in research.

“I’m interested in intention and consciousness in robots. How can a robot show people what it wants? When a robot is with a person in a room and wants to make it clear that it has seen the person, how can it do this? If the robot is to be able to communicate such ideas, an AI system is required that understands how people experience the robot”, she says.
One of the topics that her thesis work deals with is social robots in the healthcare system.
“Acceptance for robots in society is rather low. Some people are worried that robots will take over our jobs. Many would find it uncomfortable for a robot to be holding the hand of a dying person. In healthcare, there is a feeling of resistance against robots getting too close to patients. I want to challenge these ideas.”
While working on her thesis, she also finds time to lead Sweden’s national team in service robots. The team takes part each year in an international competition in which a robot is to move through an apartment and perform everyday tasks. This is a state-of-the-art competition in which the researchers who participate are attempting to expand the limits of what AI and robots can achieve.
“In this case, it’s a robot moving through a real-life environment. To be successful, it must use artificial intelligence. It must be able to talk, and understand what people say to it. The robot must be able to recognise both faces and objects, and it must be able to navigate.”
Sofia Thunberg says that artificial intelligence is developing rapidly. But ground-breaking discoveries remain to be made in AI.
“The AI systems we use today are often extremely specific. They are good at carrying out one particular task, such as facial and object recognition. But more general things, such as navigating and moving through unknown environments, are still difficult for them.” 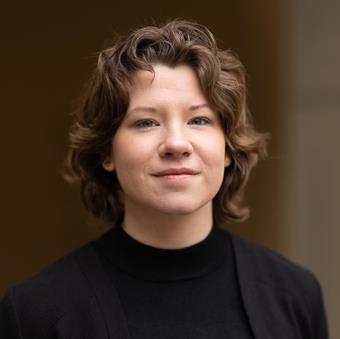 Read more about AI at LiU Artificial intelligence is changing our lives

LiU has over 100 university courses related to AI and AI competence at every department. AI at LiU is about AI techniques as well as applications of these techniques, about views on AI, how it benefits society, ethical guidelines etc.