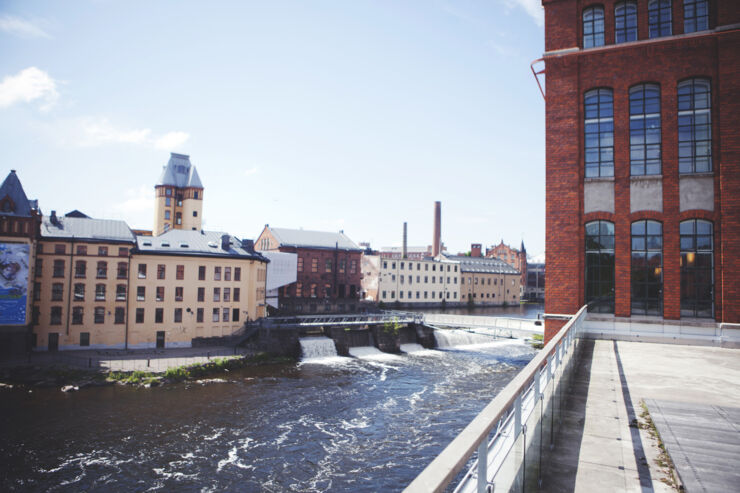 On Campus Norrköping old buildings have been filled with new contents, and the waterway adds a special atmosphere to the area.
Photo credit David Einar NygrenBut Sweden's sixth university ends up in Linköping. Norrköping only gets a few programmes.

Norrköping’s chance comes later – in the 1990s, a period of strong growth for the university sector. The Swedish government wants to see higher education in new locations, and Linköping University needs to grow. Norrköping has the capacity.

Once the university’s plans gain acceptance, things have to proceed quickly. The committee in charge of setting up Campus Norrköping has its first meeting in the summer of 1996 – just one year before the first students are due to arrive. The Information Office knocks on the door. The programme catalogue has to be printed soon, and they need to know what it should contain. Classrooms, delivery forms, marketing – there is a lot of work to be finalised.

From day one the idea is to locate the campus in the middle of the old textile precinct – the Industrial Landscape. However everyone realises it won’t be ready for the start of classes. Temporary venues have to be booked.

In August 1997 Campus Norrköping is opened, with a huge fireworks display– indoors, in the De Geer Hall. Innovative programmes like Culture, Society and Media Production and Media Technology and Engineering take in their first students. 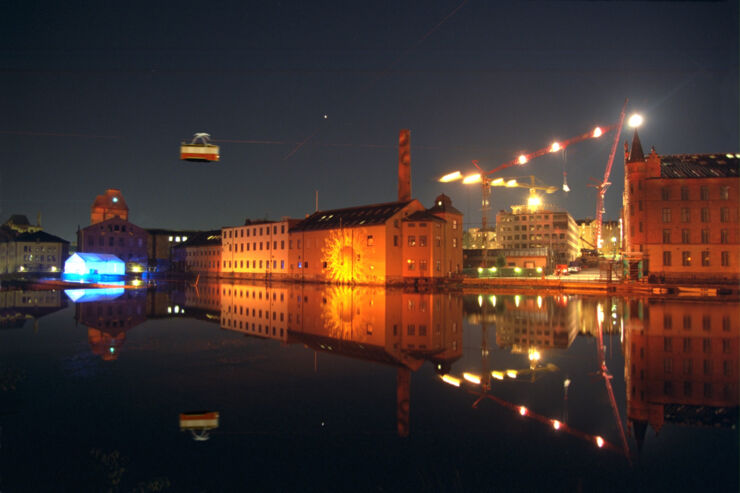 True Dreams on Uneasy Street - an evening the spectators won't forget. Photo credit Per WichmannHowever the campus doesn’t really secure its place in the town’s heart until a year later. Locals are curious – they want to see what happened to the old textile mills. To celebrate the return of the Industrial Landscape, plans are made for an ambitious project, “True Dreams on Uneasy Street”, in conjunction with the opening of the university buildings.

More than 800 people perform in the event, which includes clubs, choirs, scuba divers, firefighters and a symphony orchestra. Laser lights play across the walls of buildings, construction cranes dance, a tram flies over the river. It’s an evening that the 15,000 spectators won’t forget for a long time.

So in the end, Norrköping gets its campus. And it’s in an unusually beautiful location, which is sure to inspire students and researchers to greatness.

Come with us inside Campus Norrköping

Change the world - and enjoy the view

Would you like to join us on Campus Norrköping? Apply for one of our groundbreaking international programmes.

More about the campus