Through unique collaborations with the industry, it is possible for CMIV to always have the latest and most advanced equipment. This is a prerequisite for the successful research carried out at CMIV. 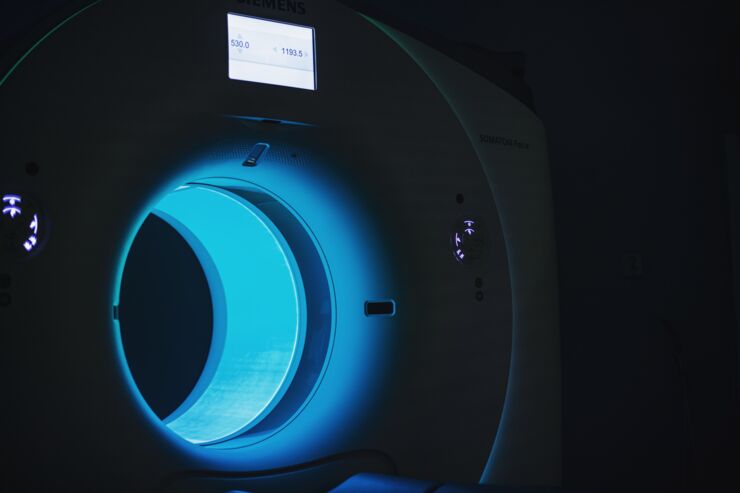 CT2 - The Siemens Healthineers SOMATOM Force enables routinely performed exams at low kV settings (70–90 kV), even in adults. This is due to the system being equipped with powerful generators and X-ray tubes. The low kV settings allow for substantial reductions in contrast medium dose. Improvements have been made on the detector side as well with an increased number of detector rows and upgraded collimation.

The Force renders images with high spatial resolution and soft-tissue contrast. It contains two X-ray sources and two detectors, which can be used simultaneously. This in combination with a broader detector enables faster scans. High speed scanning is necessary for cardiac examinations as well as for restless patients. The two X-ray sources also provide the possibility for dual energy examinations with improved spectral separation. 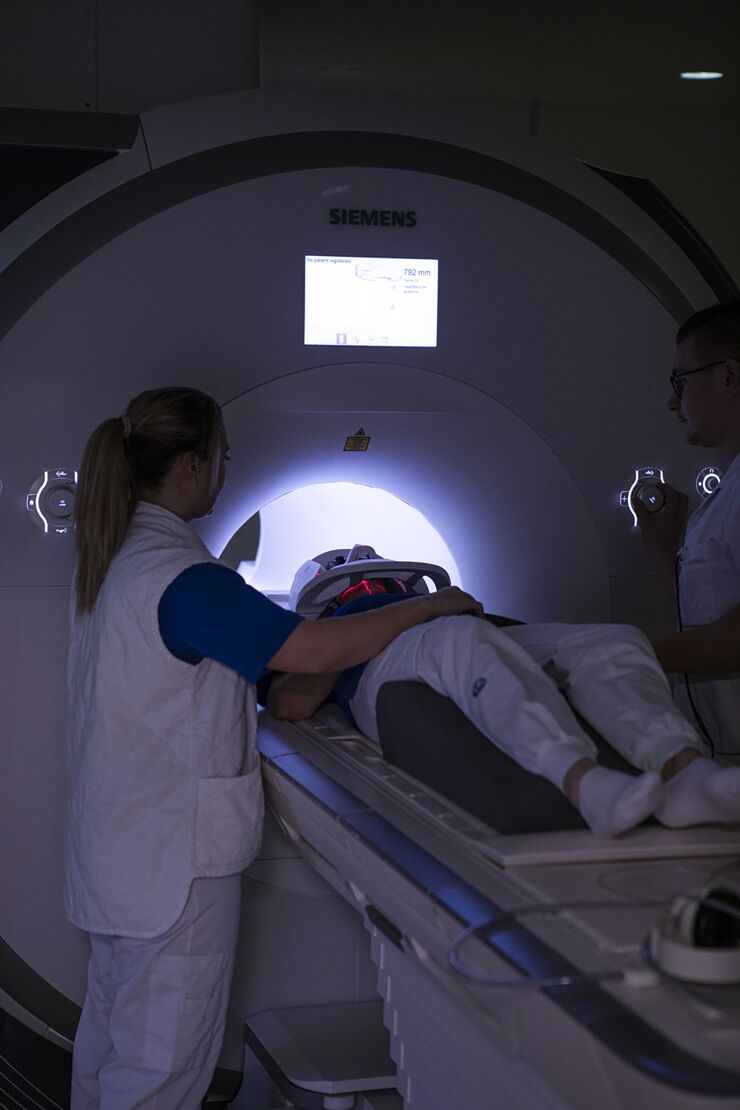 MR2 - The Philips Ingenia 3.0T has a 70 cm bore. It is equipped with Xtend gradient system (up to 45mT/m and 200 T/m/s) and two parallel RF transmission channels (Multitransmit 4D), which adapt the RF signals to each patient. Multitransmit facilitates an increased image uniformity, contrast, and consistency, as well as faster imaging. A full range of receiver coils is available with analog-to-digital converters inside the coils (dStream RF). This samples the MR signal directly in the coil on the patient and sends it to the reconstructor via a fiber-optic cable.

MR3 - The Philips Achieva 1.5T has a 60 cm bore and is equipped with Nova Dual gradients (up to 66 mT/m and 160 T/m/s), and the latest software release and upgraded to dStream resulting in up to 40 % higher SNR, and a dynamic range that exceeds 185 dB. 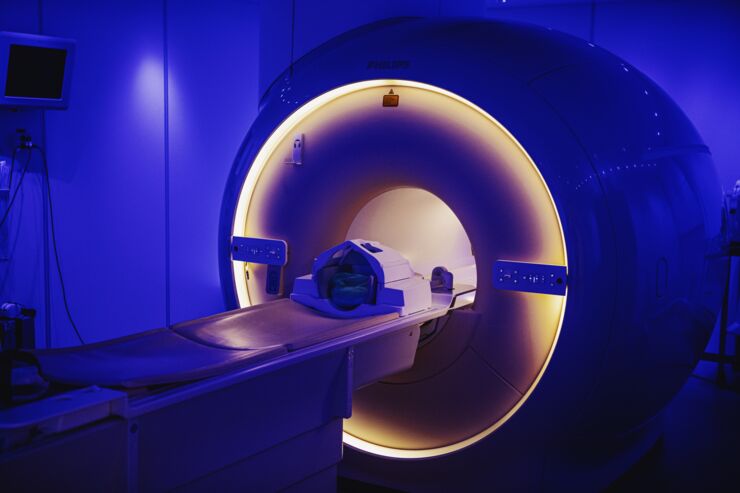 Advanced fMRI research is possible using video glasses with built-in eye-sight correction as well as eye-tracking, and it is also possible to combine these measurements with simultaneous multichannel MR-EEG. Other specialty equipment includes several MR-elastography (MRE) systems for both 1.5 T and 3 T, based on both electrodynamic and gravitational transducers. Our MRE-capability is best in class and can be used to quantify changes of the biomechanical properties of pathologies, as is caused by fibrosis and inflammation. We have also access to a unique installation of multinuclear MR spectroscopy, allowing us to investigate both static and dynamic energy metabolism in tissues. The latter is highly facilitated by our MR-compatible MR-ergometers for quantitative cardiac and muscle research.

For histo-pathology CMIV has a glass scanner from Hamamatsu. The Nanozoomer 2.0HT convert glass slides into high-resolution digital data by highspeed scanning and has a capacity of scanning up to 210 glasses automatically. In addition, three workstations with touch screens are installed for annotation work.

Sectra radiology PACS is a comprehensive workstation, designed to optimize the workflow. It ensures quick and easy access to patient data and images and provides instant access to all the tools needed integrated on the desktop – including RIS and clinical applications. A number of advanced diagnostic workstations are available for clinical and research purposes. 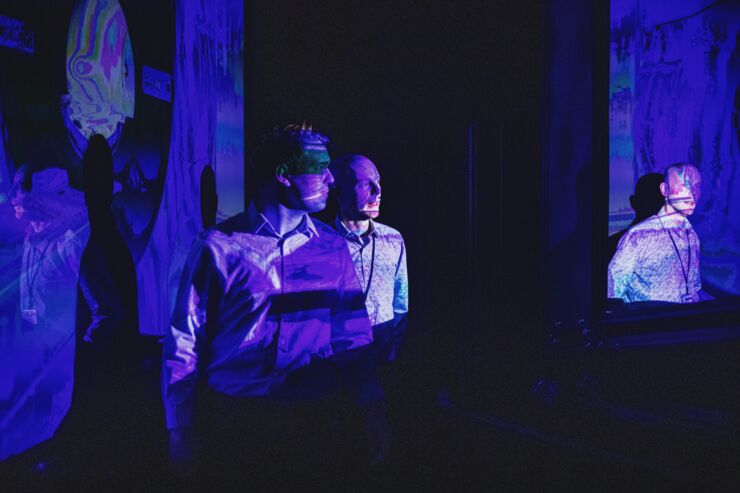 Barco Laser 3D Projector Photo credit John SandlundCMIV has its own Virtual Reality theatre with a capacity of 90 persons. The theatre is built around Barco dp4k-30L 6P Laser projector (21 000 lumens light output), with 4K resolution (4 096 Å~ 2 160). The Barco Laser 3D has a native 6-primary color-3D system. The system uses a Barco E2 Image processor, 4K Native 12 bits/color 3D input/output. The computer to screen connections are run by the Lightware mx-33R Digital Crosspoint matrix. The Wirecast 7.3 Recorder system allows recording and online streaming. During 2018 Wranne was upgraded to an advanced Zoom room enabling remote meetings and education. In addition to the theatre there is also a 55" Sectra visualization table and a wall mounted 85" Sectra visualization monitor with ten fingers multi-touch. The Visualization Table is a large interactive screen with an image display system that enables interaction with 3D human body images rendered from CT or MR.

CMIV has its own server facilities hosting servers for secure handling of sensitive data, research calculations, analysis and NAS backup. In 2019 an HP Tetralith supercomputer and a new data storage unit of 660 TB were installed.

CMIV is the host for the AIDA infrastructure, where the flagship is the DGX-2 system from Nvidia with 16 high-end GPUs available for all AIDA partners across Sweden to use for AI training. The service has been validated secure enough for processing sensitive personal data. Thanks to the good collaboration with Region Östergötland, the DGX-2 system was installed in the hospital's server hall in November for increased technical and physical security.