Turning words into action – walking the talk – is required in our work and commitment to questions of sustainability. At Linköping University we take these words extremely seriously, with our measures to ensure sustainability and efficient energy use.

We have chosen to showcase this work in an exhibition of the same name – Walk the Talk – at both Campus Valla and Campus Norrköping.

The exhibition is public, free of charge, and accessible all year round. Follow the exhibition pathway by following the points marked on the map at each campus.

When the A Building on Campus Valla was being refurbished in 2004, the possibility of installing solar cells on the roof was investigated. In 2007, the A Building became the first university building in Sweden to be partially supplied with energy from its own roof. More cells were installed in 2017, and approximately 180,000 kWh/year are now produced each year. This is energy that is fed directly into the electricity used in the A Building.

Location: Campus Valla, A Building, Entrance 17, take the staircase above the café.

Solar cells on the roof

Solar cells at the roof of the Building A. Photo credit: Filip WiltgrenThe lanterns on the roof provide a perfect gradient to the sun, and the orientation of the building is exactly right to gain optimal yield. There are no obstacles that cast a shadow on the solar cells, which face south. They are nearly invisible on the roof and thus do not constitute a disturbing feature for the building.

In order to make the occupants of the building more energy-aware, screens have been installed at various locations in the A Building. These enable students and co-workers to follow in real time the electricity consumption in the building, and to see the effect of the solar energy from the cells on the roof.

A total of 515,000 kWh/year is produced from solar cells around the university.

Solar cells in the Kåkenhus Building

Industrilandskapet contains many successful examples of a daring combination of old and new. The solar cells at Kåkenhus integrate new technology with traditional surroundings and contribute to a deeper experience of Industrilandskapet. The facility is used at LiU for education in solar cells and high-power electronic devices. The students can compare various types of solar panel and carry out experiments to examine, for example, angles of incidence and the effects of shadows. The facility can be used by the various research groups that are developing new types of solar panel and other ways of harvesting energy. It contributes 15 kW to the energy supply of the building, and reduces the amount of electricity that must be purchased. 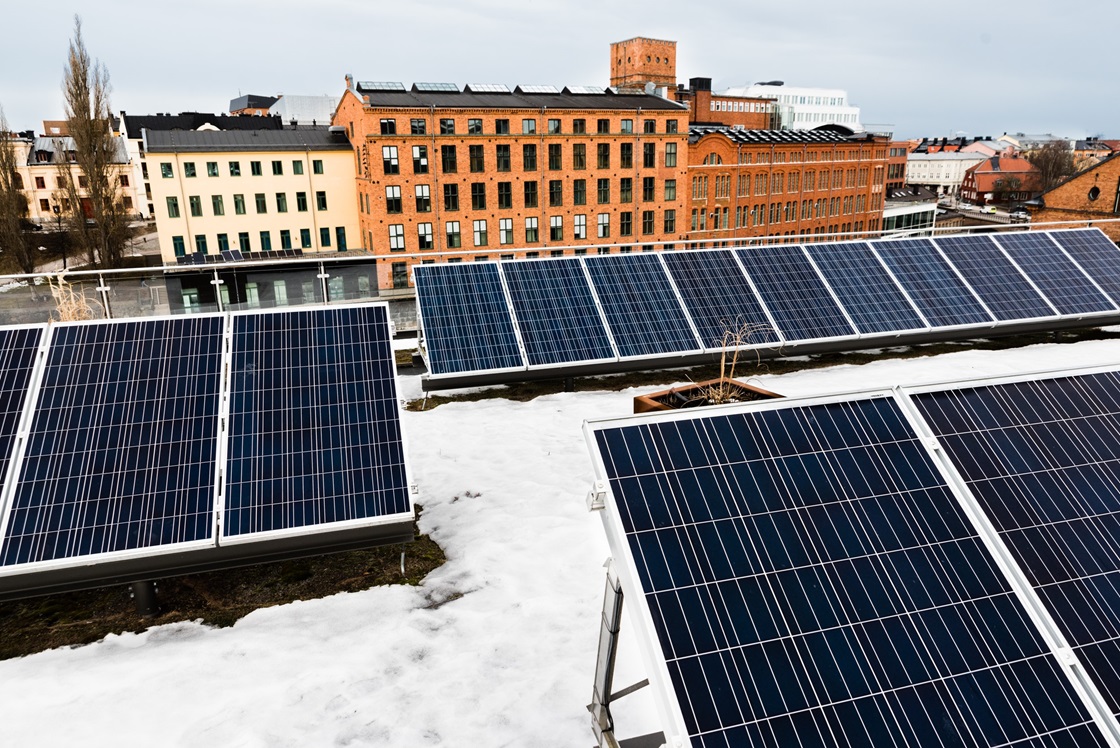 Walk the Talk is an exhibition showing how LiU turns words into action when it comes to active work with sustainability and energy efficiency. More information is available at the stations located on Campus Valla and Campus Norrköping.