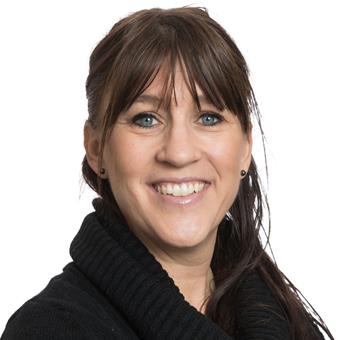 Associate professor in Experimental gastroenterology.
My research involves studying the interactions between the enteric nervous system, immune
cells and the barrier function and studying the connection between the gut, its gut flora and the brain.

Studies of neuro-immune interactions and regulation of barrier function in IBS and inflammatory bowel disease, IBD.

The intestine is continuously exposed to different substances, either via the food or the microbiota. The ability to allow absorption of nutrients and fluids but simultaneously prevent harmful substances from passing through the epithelium is defined as intestinal barrier function. Research from my group and others has shown that patients with IBS and IBD have a disturbed barrier function with an increased passage of bacteria and other harmful substances. IBS is a chronic functional intestinal disorder characterised by diarrhea constipation and pain, often combined with fatigue and depression. IBD is a chronic intestinal disease, which in contrast to IBS, includes an inflammation of the intestinal mucosa. IBD is associated with abdominal pain, diarrhea and weight loss.

My research focuses on studies of the mucosal interactions involving immune cells, such as mast cells, eosinophils and the enteric glial cells, and the enteric nervous system. Among others, I have focused on the neuropeptide VIP, which has shown to be involved in the regulation of the intestinal barrier in both IBS and IBD. Further, I aim to connect the gut findings with measurements of the brain, and in addition try to connect this to the patient´s own microbiota.

In this project we aim to study the importance of enteric glial cells (EGC) and their roles in intestinal barrier function and interaction with immune cells, nerves and bacteria in patients with irritable bowel syndrome (IBS) and patients with inactive ulcerative colitis (UC).

Since the project involves isolation of cells from intestinal tissues and cell culturing, the applicant should have experience from working with in vitro cell culture methodologies. Moreover, applicant should have knowledge in immunofluorescence and fluorescence/confocal microscopy as well as Western blot technique. A knowledge in gastroenterology, neuro-immune interactions of the gut and intestinal permeability is meriting.

The intestinal barrier of patients with the gastrointestinal disease IBS allows bacteria to pass more freely than in healthy people, according to a new study from LiU. It is the first study that investigates IBS using living bacteria.