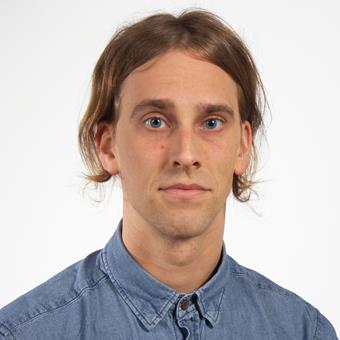 My main research interests concern how learning, in relation to the use of modern technologies, is constituted in interaction through cooperation between people living with dementia and cognitively healthy people.

In my doctoral work I am investigating how people living with dementia use tablet computers as a social activity together with either their next-of-kin in their home environment or with personnel at a residential care facility.

The thesis explores how people diagnosed dementia can learn to use tablet computers as a social activity without focused intervention techniques.

This study challenges the notion that people living with dementia are unable to achieve novel learning without focused intervention techniques.

A person living with dementia learning to navigate an iPad: A case study

Through a case study design, we explore how a woman living with dementia (Alzheimer's disease) learn to use a tablet computer with support from communicative partners. Focus is on changes in the interactional organization over the course of six weeks in the activity of using an augmentative and alternative communication application.

The study is based on video recordings and the theoretical framework of learning as changing participation in joint activities. Quantitative and qualitative analyses show how the participant living with dementia, over time relies less on the expertise and explicit instructions of her interlocutors when navigating the application, and more on the immediate feedback provided by the tablet computer.

This study further emphasizes the procedural nature of learning for people living with dementia as the woman's embodied actions were carried out in an increasingly more direct fashion.

People living with dementia positioning themselves as learners

Recent studies have demonstrated that people living with dementia, contrary to common believes, are capable of novel learning without structured interventions. However, little is still known about the situated practices used in the learning process.

Through interaction analysis we show how the participants living with dementia use the engagement displays of requests, accounts, formulations and metacomments to make their active undertaking in the ongoing activity public to their communication partner.

Our findings suggest that people living with dementia might still perceive themselves as individuals capable of novel learning and that they are active and engaged agents in this process.

The research has a focus on the everyday life with dementia. Of special interest is the challenges and the ways persons with dementia and their significant others manage and organize their lives.

CIRCA – a support for social interaction

CIRCA is a webpage developed to support social interaction for people who find it challenging to partake in conversational activities, for example older aduls who experience memory problems, and their next of kin.