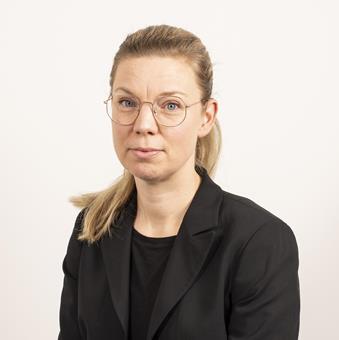 My research focuses on effects of digitalization for public sector organizations. I'm especially interested in how municipalities and governmental agencies make use of digital services for communicating and exchanging information with citizens.

Digitization and the increased use of digital technologies are changing the way people communicate and interact with each other. This is clearly seen in many contexts, such as in the workplace. Digitalization and automation of work is expected to lead to time and cost savings as well as more legally secure handling of data and information. But will it be so? What does digitalization and automation mean in practice? What values are created, and for whom?

I am a researcher in information systems and digitalization and have a broad interest in how work can be digitalized and what consequences digitalization bring for various actors in society. In my research, I am predominantly interested in the following intertwined themes:

I have studied digitalization of public welfare services for many years and have followed the development in Sweden and internationally. Today, Swedish citizens can apply for a large number of public services via internet-based forms, e.g. parental benefit, building permit, old-age pension and financial assistance. These digital application forms - also called e-services - are being introduced with the hope of streamlining work in the public sector and increasing transparency towards citizens. The basic idea is that the citizen should be able to engage in self-service and thereby gain greater transparency and control over their affairs. When citizens serve themselves, public administration hope to reduce the number of administrators and redistribute their resources, or alternatively reduce their expenses. In practice, however, it has proved difficult to achieve the desired effects. A digital welfare service often affects many different types of actors and is connected to many different IT systems and users on the inside of the organization that offers the service. My research shows that this complexity is often underestimated, leading to challenges in digitization work.

Digitalization of welfare services affects the relationship between citizens and public administration. To apply for a welfare service digitally, a citizen needs to know that the service exists, which organization provides it, and what is required to receive the service. The citizen also needs to be able to use the technology and know how to compile the right information and documentation. The more public administrations digitize their interactions with citizens, the more tasks are transferred from the public organization to the citizen.

In my research, I have shown that certain groups in society risk being excluded from important welfare services when they are offered via the internet, as self-service places higher demands on the individual citizen's knowledge of how both technology and public administration work. In my research, I study how citizens are affected by digital services and how other communication channels (e.g., personal meetings and telephone calls) can complement digital services to enable access to important welfare services for all citizens.

I am also interested in automation of work, as part of workplace digitalization (regardless of work sector). Automation is not a new phenomenon - we have automated work as long as we have been able to develop tools of various kinds. Today, however, there are new opportunities to automate administrative and knowledge-intensive work, through software robots, machine learning, pattern recognition, and data analysis of various kinds. New technologies have opened up for automation of more types of tasks than has previously been possible, for example to let digital technologies and systems process information and make decisions. Increased automation in the workplace will lead to changed conditions for several professions and for the labor market in general. At present, it is not clear how these changes will take shape – this is a knowledge gap that my research aims to fill.

Digitization can finally be understood as a process of change - this can make digitization as a phenomenon difficult to capture. In my research, I want to capture the complexity of digitization by studying this from several different organizational and actor-related perspectives, such as how digitization is understood by actors inside and outside the organization (as a phenomenon), what expectations are linked to digitization (as an idea) and what digitization means in practice (as action and consequence) for the people who are affected by the change processes that digitalization constitutes. My research is inter-disciplinary and conducted in close relationship with public sector organizations, as well as with commercial suppliers of digital services for the public sector.

• 2021-2024: What services are suitable for digitalization? Project member of two interlinked research projects funded by the Norwegian Labor and Welfare Administration (NAV) and the Research Council of Norway. Collaboration between researchers working at University of Agder, IT-University of Copenhagen, University of Oslo, and Linköping University.

• 2020-2022: From Form to Robot? A study on Automated Case Handing in Swedish Municipalities. Funded by AFA Insurande. Principal Investigator.

• 2014: Testbed for increased innovation in Regional Development. A study funded by the Region of Östergötland. Project member.

Awards and other merits

I have authored and co-authored scientific publications in journals, as well as conference papers in proceedings, conference/workshop papers, and research reports. I am engaged as associate editor for the journal Government Information Quarterly and am involved in the organization of two international conferences on digital government:

Linköping University is a national leader in research on the use, evaluation and development of e-government and e-services in the public sector.

As a teacher, I lecture and teach courses on scientific methods and digital government. I am frequently engaged as a supervisor of thesis work on the bachelor- and master levels. I also supervise doctoral students.

The division of Information Systems and Digitalization conducts research and offers courses at undergraduate and graduate level within the information systems area. The division is part of the Department of Management and Engineering.