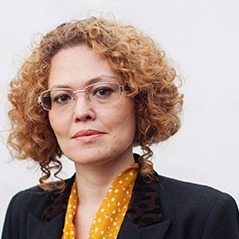 I am a decolonial researcher, since 2015, professor of postcolonial feminism at Tema G. I am involved in many projects inside and outside academia related to political art, decolonizing universities and museums, feminisms of the Global South.

Euromodernity has continuously imposed on the rest of the world its standards of humanity, gender relations, aesthetic assumptions and knowledge. In my research I delink from these aberrations and collaborate with intellectuals, activists, social and art movements in our efforts to resist modernity/coloniality and offer ways to re-existence.

The uncontested neoliberal globalization which has arrived with the end of the Cold War has not brought universal happiness, increasing inequality, discrimination, heterosexism, and xenophobia instead. More and more people are discarded from modernity/humanity, and the continuation of life as such is increasingly under question. The postcolonial has turned into a global human condition not in the temporal sense after colonialism but discursively and affectively as a result of the continuous dehumanization, unsettlement and defuturing. This condition may lead to apathy and inertia yet can also result in a decolonial choice which more and more human collectives are making today.  How does it happen and what ways to refuturing this option brings, is the topic of my research.

Due to the lingering coloniality of knowledge, feminism is still largely associated with the global North. Despite several decades of criticism the normative mainstream feminist models are marked by neglect or appropriation of voices, positions, and ideas of the women of the Global South. Eradication of this asymmetry is an important task not only for revamping feminism and gender studies suffering from a loss of telos and division into increasingly specialized strands, but more importantly, for reaching a true equality under the preservation of differences, getting rid of intersectional forms of discrimination typical for the relations of the global North and South, and working together on launching a successful dialogue. Emancipating feminism from its Euromodern limitations is an important part of my research and activism.

The way we see the world and work out our aesthetic preferences is determined by the normative coloniality of perception. Artists cannot escape the necessity of following the mainstream global North trends if they want to be internationally marketable, or remain compliant with prescribed national identities to remain favoured by the national elites. What is happening beyond these status quo comfort zones in politically engaged art and what models of reality critique are offered by decolonial artists striving to emancipate aesthesis from normative aesthetics? How does political art affect the audiences in countries with authoritarian regimes, where art remains the only sphere of public political contestation? This sphere of my research and activism is directly linked with collaborations with artists, activist art groups, museums and curators in different countries.

The main instrument of imposing euromodernity as the only possible design of the world which has already brought humanity and other forms of life on the planet to a dangerous line is coloniality of knowledge - a full dependence of models of thinking, seeing and interpreting the world on universalized norms, created and imposed by/within euromodernity. Consequently, one of the central areas of my research is the ways and tools to decenter Western epistemic canons, and decolonize the main modern/colonial institutions for knowledge production and distribution - universities and museums. This refers to disciplinary frames, curricula, human resources, modes of perception, cognition and representation, and to launching mixed learning spaces, relinking academia and the art world with civil and political society. 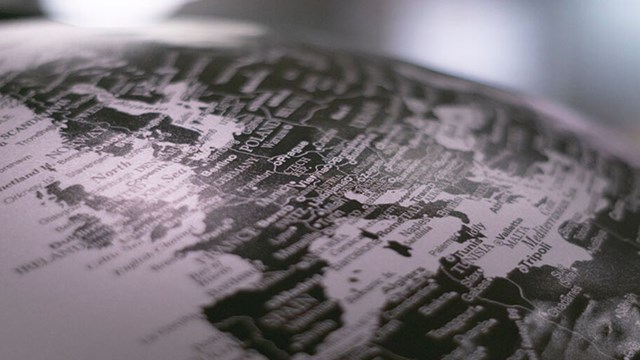 The event will be on 11 – 13 May 2022 at Linköping University, Sweden with live presentations, discussions, workshops and interest cell formations events. Attendance will be possible both live and on-line.

Maria Vlachou, Madina Tlostanova (2022) The geopolitics of international higher education prior and during Covid-19: A decolonial feminist analysis Globalisation, Societies and Education

Madina Tlostanova, Lewis Gordon (2021) Epilogue: conversation with Decolonial Philosopher Madina Tlotsanova on Shifting the Geography of Reason Freedom, Justice and Decolonization, p. 127-135
Nina Lykke, Madina Tlostanova, Bodil Axelsson (2021) The Role and Relevance of the Nordic Humanities in Our Time/a Time of Coronavirus and Beyond

Contemporary Issues in Ethnic and Migration Studies: Decolonial option and contemporary challenges and discontents- 742A31, Are we sisters after all? Gender and Postcolonialism  -757G26, Feminist Genealogies and Social Movements - 757A25, Norm Creative perspectives on Design, Power and Change-TRTE20.

“Decolonizing the equality discourse, or who is more equal than others today?” Key-note lecture at the Graduate Conference “In/equalities. Narratives and Critique. Resistance and Solidarity” at the Central European University, Budapest, May 4, 2018.

More about me and my projects

Postcolonial feminism critically addresses social and cultural phenomena as agents of epistemic, affective and political decolonization. It focuses on gendered aspects of migrations and diasporas, and the North-South feminist movements and debates.

This is a research field where culture and its diverse expressions and power plays, but also the production conditions involved in cultural production, is put under critical and analytical scrutinizing, examined, described, and negotiated.

Her life inspires her research

One day a Soviet citizen, the next day Russian. That’s what happened to Professor Madina Tlostanova when the Soviet Union collapsed. The experience came to inspire her research.