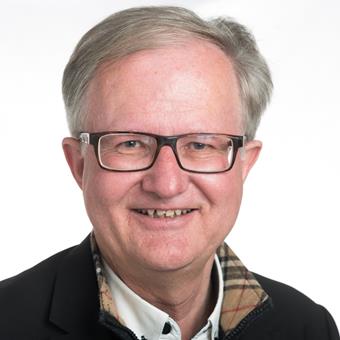 Professor Magnus Willander was full professor in nanophysics and mesoscopic physics in the Department of Physics in Gothenburg University between 1995 and 2006 and from 2006 he is full professor in Department of Science and Technology (ITN), Linköping University. He has been visiting scientist several times in Tokyo Institute of Technology, guest professor in Gothenburg University during 2008 and 2009. His research focuses on materials and devices and he combines experimental and theoretical research in these areas. He has published around 850 papers and seven books.

Undergraduate teaching in semiconductor technology/semiconductor physics and solid-state electronics. (I have developed and I was responsible for these courses 1985-1995 at the University of Linköping).
Solid-state electronics was also a Ph.D. course. I have also been responsible for several electronic and optoelectronic courses for the industry.
General responsibility for undergraduate courses in electronics at the University of Gothenburg since 1995. I have the responsibility of teaching different graduate courses (Ph. D. courses).
Ph. D. courses in Linköping University since 2006.

18 students of them got at once post-doc positions, 2 become professors very fast, and 3 continued with industrial technical research.

Some recent (from 2006) invited and plenary talks at international conferences

Our research covers a broad range of topics in materials and devices. At present, the main topics are on the growth, characterization, modeling and device realization of configurations based on nano-structures on different substrates.