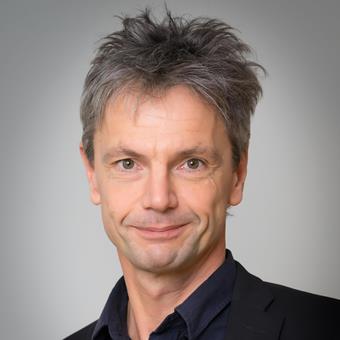 Head of Department at the Department of Biomedical and Clinical Sciences (BKV).

The majority of all proteins are modified by covalently attached carbohydrate chains that exhibit an enormous structural variability. The biological roles of these carbohydrate modifications are only beginning to be revealed and are far from completely understood.

It is known that carbohydrates play a pivotal role in inflammation acting as ligands for selectins in the recruitment of leukocytes to activated endothelium. Plasma glycoproteins such as alpha1-acid glycoprotein also carry these carbohydrate ligands and could therefore affect this process.

Chronic inflammatory diseases and malignancies are known to produce altered glycosylation of both secreted and membrane bound glycoconjugates. In addition, genetic polymorphism of glycosyltransferase genes may give rise to individual phenotypes that are more prone to develop these kinds of diseases.

The overall aim of the project is to monitor specific changes in glycosylation of both membrane-associated and plasma proteins in patients with chronic inflammatory diseases and to associate altered glycosylation patterns to inactivation of specific glycosyltransferases.

Specific studies include development of immunochemical, chromatographic and mass spectrometric methods for analyzing glycosylation of alpha1-acid glycoprotein for diagnosis of inflammatory diseases and diseases affecting the liver. In addition methods using affinity biosensors for detecting altered glycosylation of plasma proteins are developed. Furthermore we also study the role of increased fucosylation of alpha 1-acid glycoprotein in regulating the inflammatory response.

We have recently identified an inactivating mutation in the gene that codes for fucosyltransferase VII in a patient with chronic inflammatory disease. This mutation leads to a decreased expression of carbohydrate antigens important for the normal inflammatory response. The role of this polymorphism is studied using genetic and phenotypic screening of isolated polymorphonuclear granulocytes from patients with chronic inflammatory diseases and functional studies in vitro.

Another research interest is structural and functional studies of glycoglycerolipids in colon carcinom.