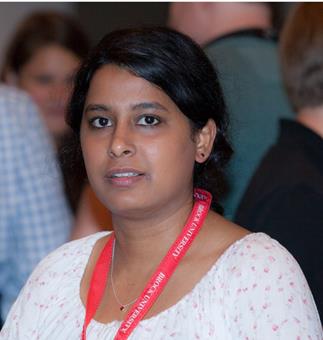 In my current research, I am trying to understand how functional changes in the hearing organ contributes to metabolic age-related hearing loss by applying quantitative biophysical and physiological techniques combined with high-resolution imaging.

In addition to my postdoc project I worked in parallel for five months on another collaborative project titled ‘Control of hearing sensitivity by tectorial membrane Calcium’.
Significance: A new mechanism that contributes to control of hearing sensitivity is described here. We show that an accessory structure in the hearing organ, the tectorial membrane, strongly affects the function of inner ear sensory cells by storing calcium ions. When the calcium store is depleted, by brief exposure to rock-concert-level sounds or by the introduction of calcium chelators, the sound-evoked responses of the sensory cells decrease. Upon restoration of calcium storage, sensory cell function returns. This previously unknown mechanism contributes to explaining the temporary numbness in the ear that follows from listening to sounds that are too loud – a phenomenon that most people experience at some point in their lives. 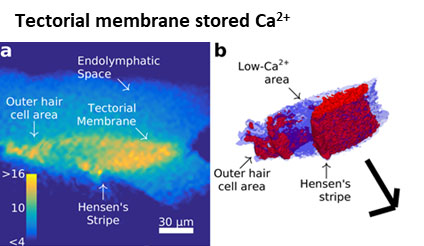 Sonal Prasad, Anders Fridberger (2018) Investigating the Role of Radixin in Modulation of Stereocilia Length and Stiffness TO THE EAR AND BACK AGAIN - ADVANCES IN AUDITORY BIOPHYSICS

When we listen to loud sounds, our hearing may be impaired for a short time. Researchers at LiU have discovered a mechanism that helps to explain how this happens.

To study the function of these stereocilia, the research group has developed a new type of confocal microscope that makes it possible to directly observe sound-evoked motion.

The Division of Neurobiology conducts research on the nervous system and the sensory organs.