Professor Svante Gunnarsson of the Division of Automatic Control at the Department of Electrical Engineering (ISY) has been awarded the Institute of Technology’s prize for outstanding teaching.

The winner is appointed by the Institute of Technology’s management. In addition to the honour, the prize winner receives SEK 20,000 for skills development within the framework of his employment. 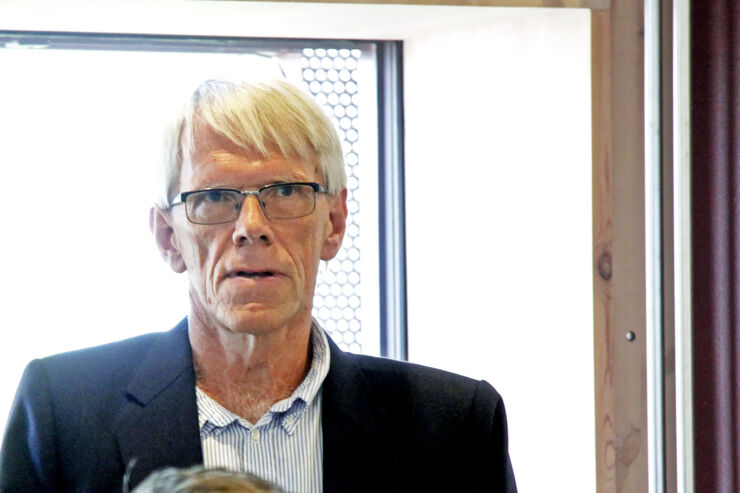 The citation in its entirety:

“Svante’s pedagogical work has a unique breadth. He is a brilliant teacher with several awards, including the LinTek Golden Carrot (Gyllene moroten), and has received "I-plom" from the I-Section seven times for his courses in automatic control.

But he is also an educational leader; chairman of the Y Committee 2003-2006, and the EF Committee 2007-2014. Under Svante’s leadership, the Y-programme in 2007 was named the technical education of the year by the industry organisation Teknikföretagen, and the same year the Swedish National Agency for Higher Education designated the Automatic Control and Vehicular Systems divisions both to be outstanding educational environments.

But above all, Svante has been the driving force and inspiration behind the introduction of the CDIO (Conceive, Design, Implement, Operate) teaching instrument, which has long been the basis for all study programmes at LiTH and forms the core of the quality assurance work there.”

Developed by LiU and other universities, CDIO is the framework for an updated engineering programme that is currently used at universities worldwide. Now LiU is first to implement CDIO in medical education, in its first international BSc programme.

In the late 20th century, prestigious MIT joined forces with LiU, Chalmers and KTH to modernise engineering studies. The CDIO framework is now used worldwide, and in 2018 LiU was the first to offer it in medicine.

Linköping University is one of several universities around the world working together to improve engineering education. Taking inspiration from LiU, several engineering programmes in Brazil are undergoing radical change.