Markus Heilig: a professor with a voice

Discussions with his own daughters inspired him to write a book in popular science: Hon, han och hjärnan (Her, Him and the Brain). And last autumn he played a major role in a series on Swedish TV: Från savannen till Tinder (From the Savannah to Tinder). “I love telling stories”, says Markus Heilig. 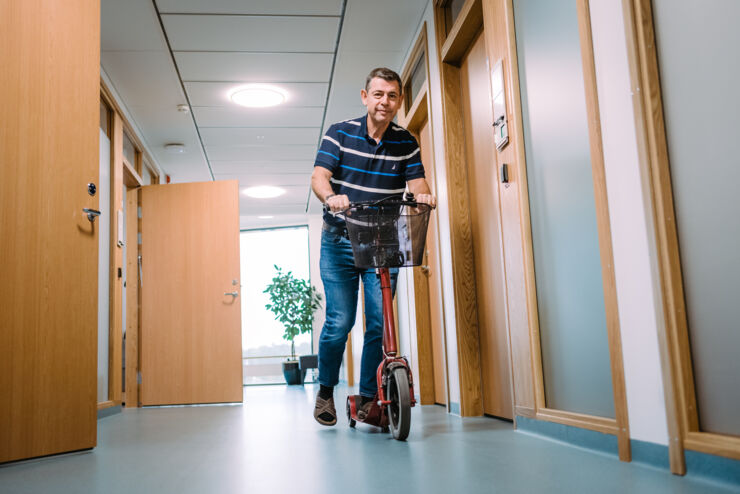 On the move. Markus Heilig uses a scooter to get between different parts of his workplace at Linköping University Hospital. "Popular science is important for many reasons. Not least to inform the general public about what we researchers are working on”, says Markus Heilig. Anna Nilsen

On the one hand: a world-leading scientist with a research field that covers the brain and addiction, head of division and head of laboratory, previously employed at Karolinska Institutet and the National Institutes of Health in the US, with many prestigious scientific prizes on the mantelpiece, and several articles in Science, Lancet and other prominent international scientific journals. 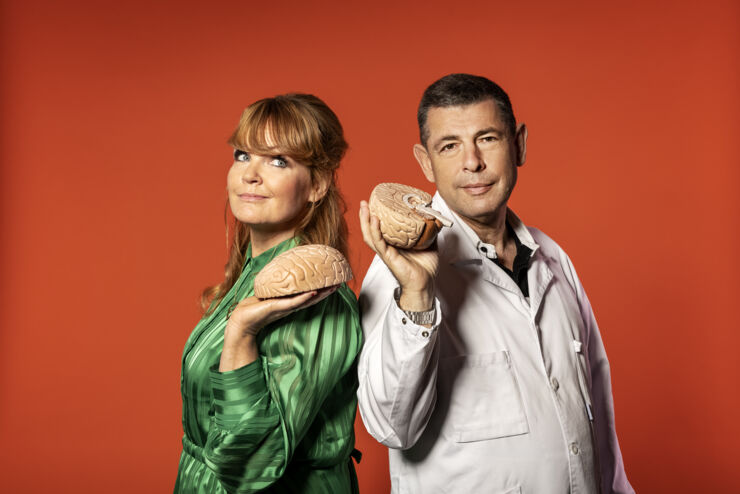 And on the other hand: an author of popular scientific articles and books, who this autumn has been scientific side-kick to presenter Belinda Olsson in a trending TV-series about biological differences between the brains of women and men. Differences that partially contribute to differences in behaviour.

“I don’t see any conflict between research and popular science. There’s nothing wrong with being light-hearted, as long as you don’t make any claims that are not based on facts. I don’t have a hidden agenda: I just want to share knowledge and my fascination for the natural world”, says Markus Heilig, who is happy about having participated in the TV series.

“Indeed ¬ it was a pleasant and interesting program. And if you go a bit below the surface, you can find a lot of science underneath. We had great fun while making it, as well.”

At the same time, the topic – innate differences between women and men – is controversial and the subject of debate. Markus Heilig says that personally he has received almost exclusively positive reactions, both from colleagues and folk in general, but several critical voices have been heard. These have been targeted both at the contents – “science being used to confirm conservative prejudices about gender” – and the presentation – “childish”. 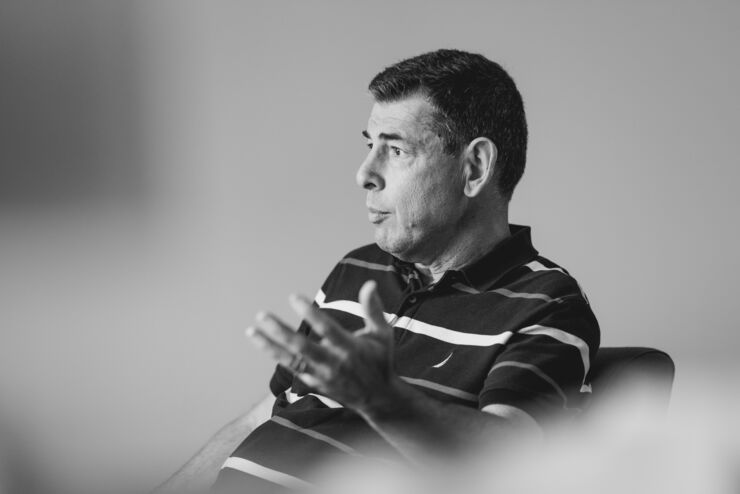 “I was truly outside of my comfort zone. I’m no entertainer, but here I felt secure”, says Markus Heilig about the scene recorded in a gym where he jokes about how many biceps exercises he should actually do. Photo credit Anna Nilsen

“When I hear the latter criticism, I can’t help laughing. It just shows that they haven’t realised how much very serious material we have managed to slip under their defences. I read around 120 research articles before we recorded the show, and I’ve been extremely careful not to make any claims that we can’t back up with scientific evidence.”

The other form of criticism is more troubling.

“Not when it comes to the biological facts. It’s been known for 20 years, for example, that the frontal lobe in boys’ brains develops more slowly than it does in girls. No one can seriously question this.

"But I can to a certain extent understand people’s concern that biological knowledge can be used to excuse injustice and oppression. This has clearly been the case historically. But data are data, and pretending that they don’t exist doesn’t help anyone. It’s more reasonable that we must use our judgement when we have to decide what to do with the knowledge we have."

Interest in popular science has followed Markus Heilig throughout his research career: as long ago as the 1990s, for example, he was writing articles about brain development in the Swedish national daily, Dagens Nyheter. He points out at the same time that most researchers do not follow his example and participate in public discussions. In contrast, they prefer to remain within their strictly defined scientific areas of expertise. Why is this, when many voices are being raised to encourage researchers to get involved in the public debate? 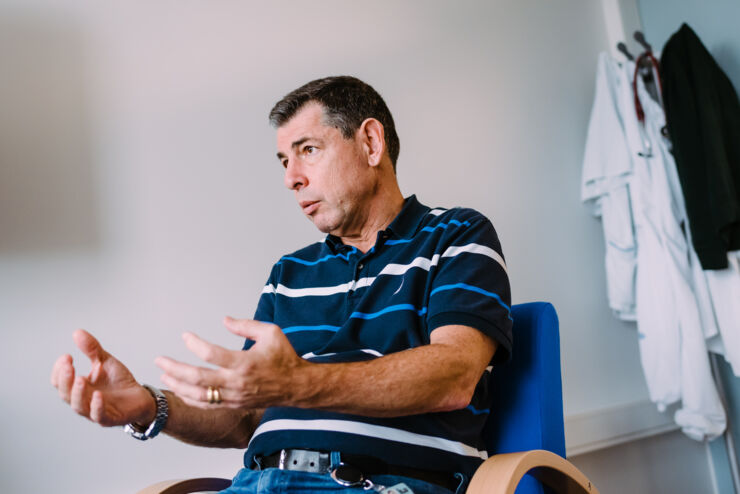 It started with a demo, which became a pitch, which became a complete program. “If I had known how much time it was going to take, I would probably not have got involved. But the TV team were happy to fit in with my other commitments, and making the program was great fun. We were working on it for over a year in total”, says Markus Heilig. Photo credit Anna Nilsen

Is one possible explanation that it is easier to get away with simplification and make everything a joke if you have such prestigious scientific qualifications as Markus Heilig? In this case there should definitely be less risk of being seen as frivolous.

“No – I don’t think it has anything to do with age or scientific status. Many researchers don’t feel at home in the public sphere, but I believe that this is more to do with interests and personality. I do it because I find it fun – I quite simply enjoy it”, says Markus Heilig.

He got the idea that led to his book Hon, han och hjärnan (2018), on which the TV series is based to a certain extent, sitting round the kitchen table at home. Discussions with his two daughters about masculinity and femininity were often intense, and this leading scientist found out that he couldn’t win the debate by simply saying that he was older than them, knew more about things, and he was – if you please – a scientist. So he read up on the subject, then wrote his own book. 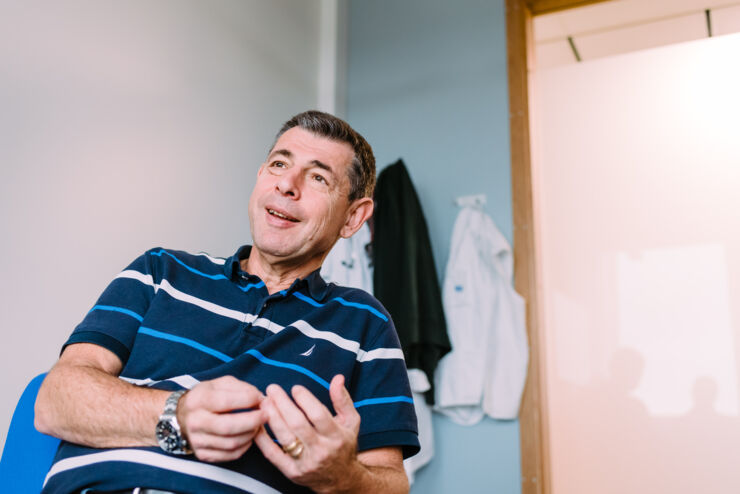 “Of course, I accept that there must be a balance between research and popular science: both are necessary. But I’m not worried about people thinking I’m frivolous. Maybe I don’t live up to people’s old-fashioned idea of how an authoritative scientist should act, but what does that matter? It’s not a problem.” Photo credit Anna Nilsen

“I like writing and telling stories. Such work is also important for my own learning. Sometimes I only get to really understand something after I have written about it”, he says.

It’s possible that the future holds more TV programs or books in popular science. But first some research! While working with Från savannen till Tinder, the laboratory completed one of its most ambitious projects so far. The results exceeded expectations, and hopes were high that they could be published in one of the highest ranked journals. In the end, however, a slightly lower ranked journal took the article – not by any means a failure, but even so something of a disappointment after four years’ work.

“So now I have my sights firmly fixed on getting another article accepted by Science, and then maybe I’ll look at getting back on TV”, says Markus Heilig.

The article is published in LiU Magasin 3/2021 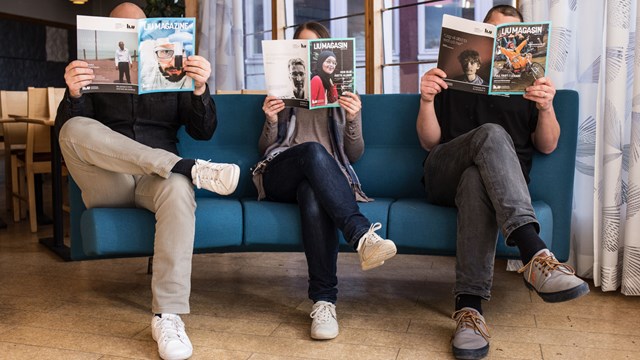 Roles: Professor, physician and manager of Center for Social and Affective Neuroscience (CSAN) at Linköping University

Family: Wife Helena, a nurse, two daughters and two sons who came with his partner

Dream for the future: Per Jensen (LiU professor in ethology) and I create a scientific academy in Skäggetorp. 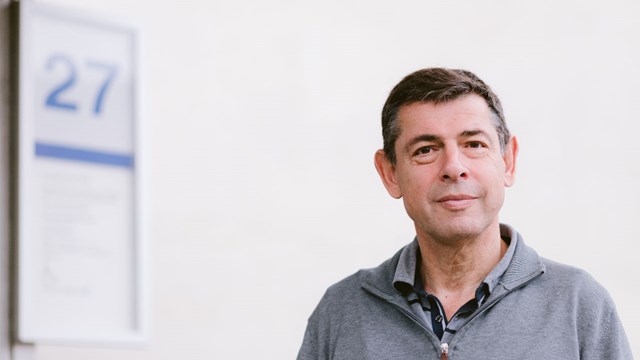 Professor Markus Heilig has been awarded the European College of Neuropsychopharmacology, ECNP, award for his research into addictive disorders and other stress-related conditions. 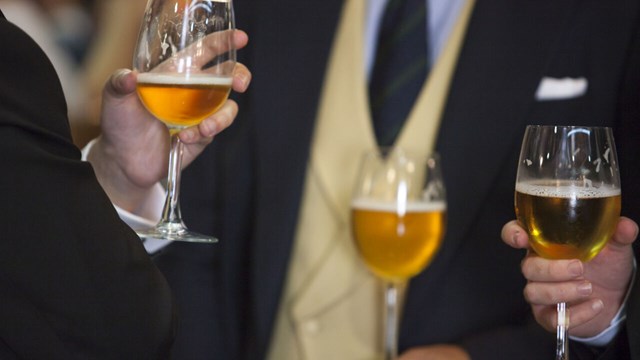 Mechanism behind compulsive alcohol use revealed

A small group of nerve cells in the brain determines whether an individual continues to consume alcohol even when it has negative consequences. The scientists have identified a mechanism that may be a suitable target for treatment by medication. 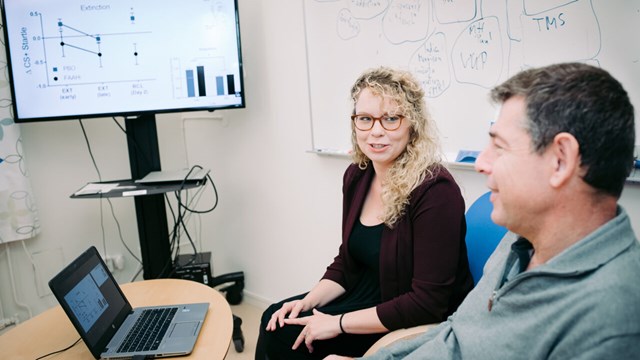 Center for Social and Affective Neuroscience (CSAN) integrates knowledge and methodology from different areas of basic and clinical neuroscience.