Experiencing the Self through Touch

Social touch is a powerful force in human development from infancy and throughout life. Now perhaps more relevant than ever, as the pandemic entails that we must keep our distance and not touch each other at all in the same way as before, no handshakes or hugs. Already in the womb the fetus starts touching itself on the face and on the walls of the womb of the mother. It is a way of early determining where the self ends and the other begins.

Already in the womb the fetus starts touching itself on the face and on the walls of the womb of the mother. It is a way of early determining where the self ends and the other begins.

Through functional magnetic resonance imaging (fMRI) this project gathers information about the boundaries between the self and others and compares the outcome of the reactions of neurotypical volunteers with participants with a psychiatric disorder.

Somatosensation, the sense of touch, and interoception, the perception of sensations from inside the body are necessary for the establishment of the bodily self. Rebecca Böhme, research fellow at Center for Social and Affective Neuroscience, and Håkan Olausson, professor in Clinical Neuroscience, are investigating how neurotypical volunteers, i.e., people without a psychiatric diagnosis, and participants with a psychiatric disorder are experiencing the self through touch. This flagship project is a composition of several projects within the same area. They have examined participants with attention hyperactive deficit disorder (ADHD), Anorexia nervosa, autism and schizophrenia.

When people who are close to us touch us, certain messenger substances are released in our body, which tells us that we are safe and not alone. This makes us feel less stressed, anxious, or worried.

- The self – other differentiation is very important, not just in relation to touch, but very broadly. We have to be able to know that this is me and that is another person, Rebecca Böhme explains. How does the brain understand that certain signals are coming from me touching myself and not from another person? This relates to the idea that there is a minimal self, which means basically the perception of the own body as “self”.
- We all need this minimal self, and it develops very early in life, already in the womb. The other senses as for example visual and auditory are lagging behind in development. Therefore, we think that the tactile sense is a very interesting sense to look at, when we want to understand the self – other distinction. We are specifically interested in the context of psychiatric disorders with dysfunctions in the self-domain, Rebecca continues.

For autism e.g., there seems to be a stronger self – other distinction. People with autism have clearer borders of themselves. Everything other is further away and that could explain lower level of empathy abilities.
In case of anorexia on the other hand, there seems to be a reduced perception of the self – other distinction. Patients often think of themselves as bigger than they are. This group of participants generally has a skewed perception of their own body and where the body ends. - They often have the sensation for example, when sitting on a chair that their own body overflows the chair, Rebecca says.

When looking at schizophrenia, this group has issues identifying the signals that come from their own body as self-produced. Sensations in the stomach deriving from the digestions might be misidentified as “non-self”, so they might come up with an explanation that this is somebody else, e.g., that an alien has implanted something in their body.

In all projects they use the skin-to-skin touching, since it should be social touch. This is a less controlled, stimulus but it is important to have the actual skin- to skin touch to make it a social situation.

Since these tasks are used to compare participants with a psychiatric disorder to neurotypical controls, it is important that the task is simple enough, to avoid the risk of the confounding effect of one participant group not understanding the instructions. Hence, it is very important to have an easy task design. So, the studies are all performed in the same way. The participant places one arm on the belly and the other arm stroking the arm on the belly. It should be a nice soft stroking, no rubbing.
The other touch condition is when another person is stroking the arm trying to imitate the self-stroking.
There is one more control condition where the participant also strokes a pillow to calculate out the movement from the touching, since when you stroke your own arm, you move.

In all the previously explained studies they have compared participants with a psychiatric disorder with neurotypical controls.
The project Spinal and Cortical fMRI during Social Touch, however, does not include the psychiatric condition, but only healthy volunteers. In this project they image the brain with fMRI and simultaneously the spinal cord grey matter to see if a distinction between self-touch and other-touch can be found and if so, if there are interactions between the brain and the spinal cord.

All these projects lay the groundwork for the development of new interventions for treating the symptom domain of the bodily self in many psychiatric disorders. Such an intervention will use touch to establish or re-establish a functioning bodily self-perception – or as a patient puts it: “to awaken the silenced self”, Rebecca concludes. 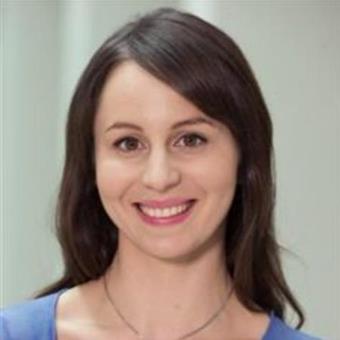 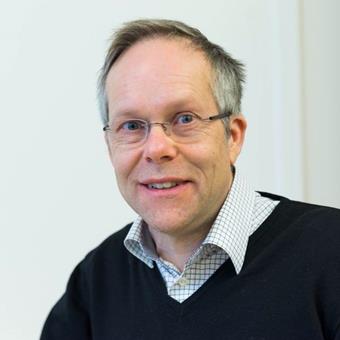 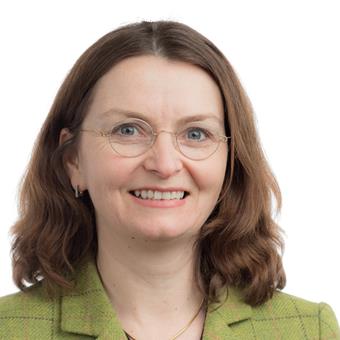 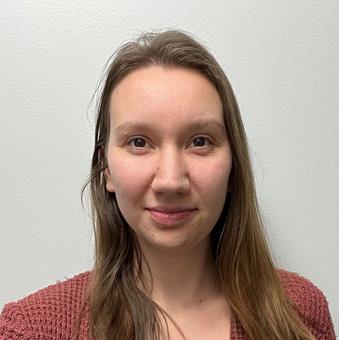