People's knowledge of what causes disease and their experiences of how healing happen influence people's actions regarding health issues. This project has examined how marginalised families in a former homeland in north east South Africa act to stay healthy.

In 2004 six months of ethnographic fieldwork was conducted in Nkolokotho, a rural area in the province of KwaZulu Natal in north-eastern South Africa. Most of the families in the rural area are unemployed and live under the national poverty line. KwaZulu Natal has been known as the epicentre of the HIV pandemic and many of the families have lost a loved one to the virus or have a family member who is HIV positive. The research aims to understand what it implies that relations are told to be crucial to an individual’s health. It examines for example what it means that a broken connection can be a representation of disease. It also analyses why people consider it important to reconnect to the ancestors, or the shadows as they are called, to restore health.

The family members’ stories show that they move between different kinds of medical knowledge while at the same time maintain a discourse on healing where the physical body, the family and the family homestead are connected. Healing and medicine aim to unite people in this context. Health as being connected represent a partible or “dividual” person, a sense of relationality, and mirrors a history of structural constraint and people's experiences of separation. The recurring attempts to restore social relations and assert the significance of the place, and the importance of the ancestors for health, constitutes marginalized people's reaction to their position in the new South Africa, not as an organized resistance movement but as a form of resistance manifested in daily life.

The meaning of returning

During postapartheid the rural area in South Africa has been left in a sort of vacuum and many men and women travel to the big cities as internal migrants. Since 2008 the fieldwork has been extended to include a township outside Durban where several of the families in Nkolokotho have got a second home.

Inspired by the feminist philosopher Adriana Cavarero, I analyse people’s returning to the rural homestead when they fall seriously ill. Although people in the rural area have got poor access to medicines and medical treatment, and the medical clinic is far away, the returning there is represented as “the big medicine”. The returning is also a practical necessity because HIV-infected persons depend on lifelong treatment with antiretrovirals and thus, they become dependent on health and social informal care that the South African society does not offer poor people who lack health insurance. In the light of Cavarero’s theory on “weaving together” it becomes obvious that people react against the society built for them. Returning to the rural area in a time of illness seems illogical and irrational but represent health strategies, albeit deficient, to weave together unraveling communities and families. 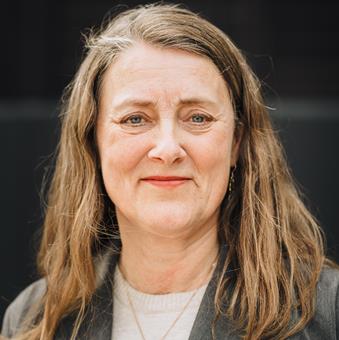 Anette Wickström (2008)
Love in the time of the virus: managing relationshops and health in Zululand