Machine Learning (ML) has surpassed human performance in many challenging tasks like playing video games and classification. By recent progress in ML, specifically using deep networks, there is a renewed interest in applying ML techniques to control autonomous systems interacting with a physical environment. There are many opportunities in developing data-driven algorithms for control of autonomous systems to do interactive tasks like autonomous driving, agile robotics, etc.

Reinforcement Learning aims to provide an end-to-end framework to control a dynamic environment. The input to the RL framework is raw sensory data and the output is an action which, in the end, will converge to the optimal action. The RL framework might be a simple single-layer or a very complicated and deep neural network which is trained to learn the optimal action. This end-to-end framework seems interesting but in some cases, it fails to achieve the objective independent of how well we have trained the network. The reason is that the sensor data does not contain all information about the state variable to put it simply. This motivates the study of RL for partially observable dynamical systems.

This project aims at developing end-to-end model-free RL algorithms for control of partially observable dynamical systems with continuous state and control spaces. We consider dynamical systems whose state- and action-space are continuous. We assume that not all states are observable and the system is only partially observable. Using partial observations, we aim to develop end-to-end model-free RL algorithms to control the system to perform a given task. Note that the given task may change from one to another and it is desired that the RL algorithm learns to control the system to perform the new task properly without being tuned by humans. 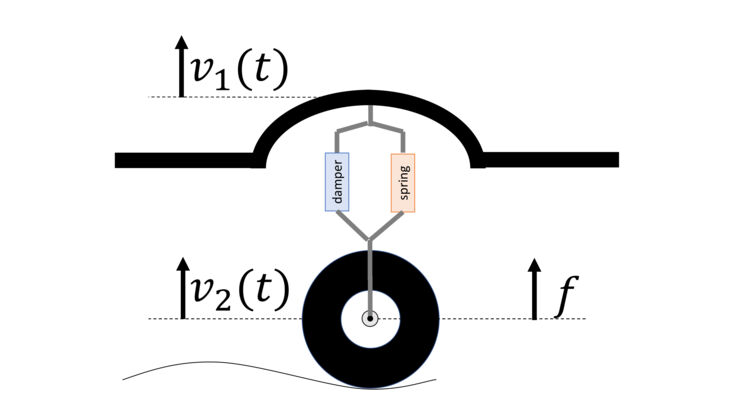 The control objective is defined as detecting a loose wheel and compensating its effect by designing f. To detect a loos wheel and compensate its effect, one might need to know the wheel vertical velocity v2 which is not directly observable. There are many challenges in addressing this problem. A few of them is listed below:

In this project, we aim to develop end-to-end model-free RL algorithms to control unknown dynamical system to perform a desired task. The main features of such algorithms are:

Mathematically speaking, we aim to develop end-to-end model-free RL algorithms for control of partially observable dynamical systems with continuous state and control spaces (states and control can change over some intervals so they are continuous). 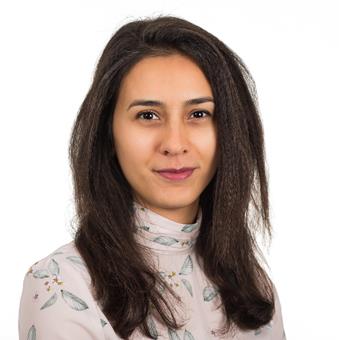 During two half-days, March 12 and April 6, LINK-SIC arranged workshops with presentation of the theoretical background of Reinforcement learning and hands-on activities.