Professor Magnus Berggren and his research colleagues in organic electronics have an idea. They want to see if it’s possible to insert electronics into a living plant. 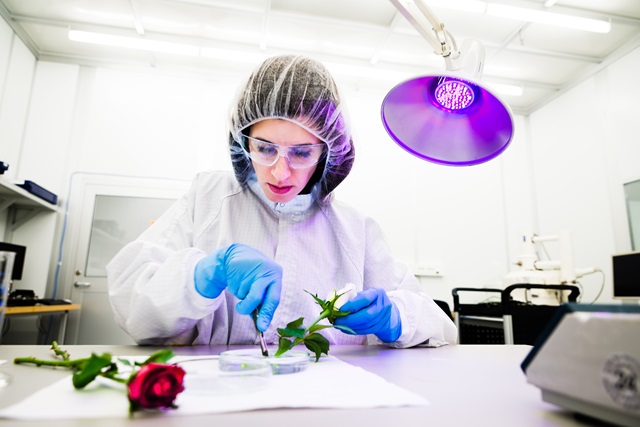 But the research funding agencies are sceptical. Why invest in a relatively eccentric project like this? Could it lead to anything of value?

But they finally get a chance to start experimenting, thanks to a use-as-you-wish research grant from the Knut and Alice Wallenberg Foundation. In 2012 three researchers are employed – and they become regular customers at Hummelgrens, a florist in Norrköping. They buy cut flowers which they put in water containing electrically conductive polymers, a type of plastic. After a couple of hours the material has been soaked up and has spread through the plant. 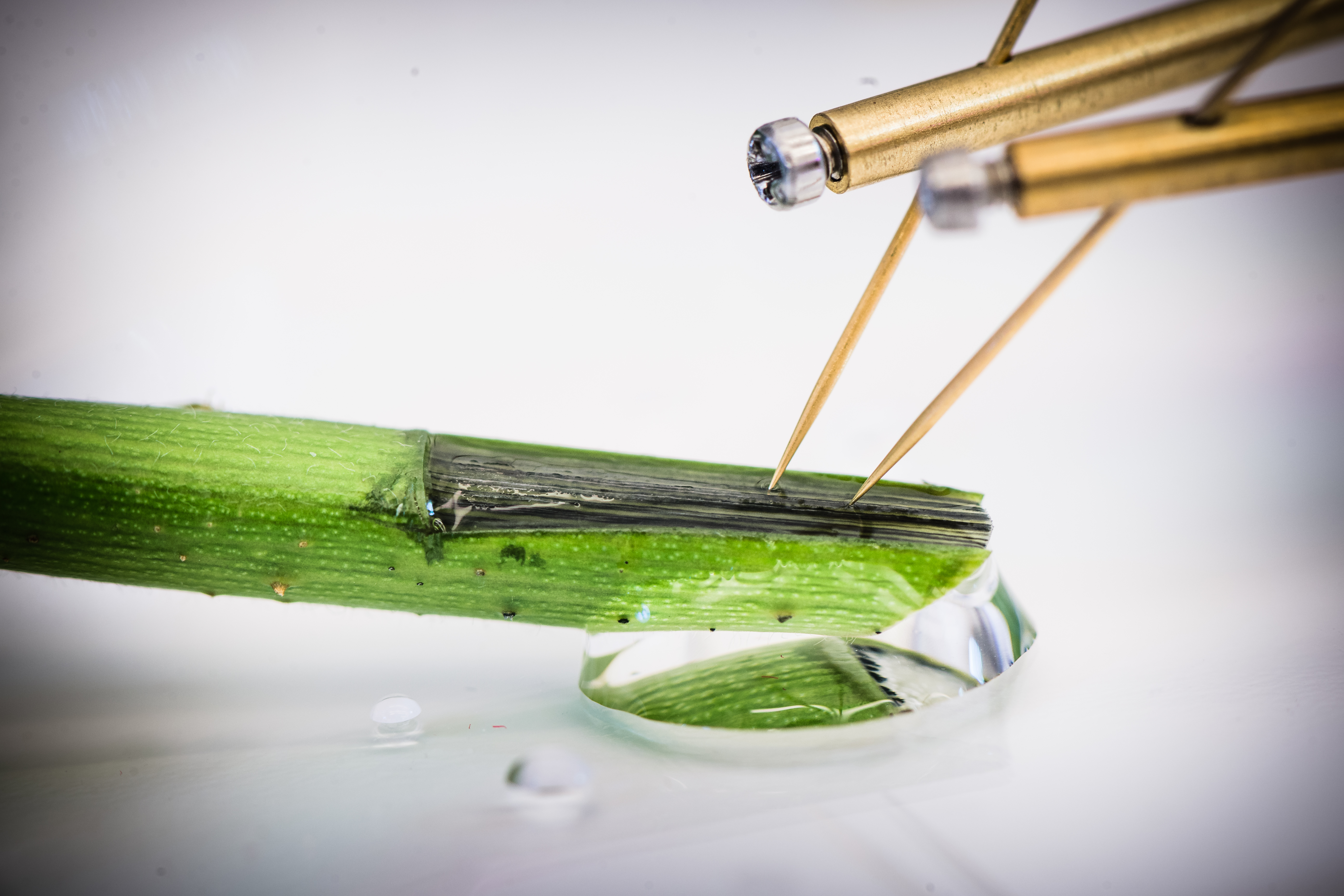 Photo credit: Thor BalkhedAt first, roses and tulips die after absorbing the foreign substances. Piles of wilted flowers are discarded. But the group perseveres, testing new materials. They purchase mainly roses, which have proven hearty and easy to deal with. One day there’s a breakthrough, with a material the flowers tolerate. The rose is filled with an electronic system, which the researchers can use to control the rose, and change the colour of the leaves from green to blue-green.

Still, the important thing here isn’t the ability to change the colour of the leaves. The LiU discovery gets worldwide attention and opens up a completely new research field. In the long term it could be possible to get plants to produce new materials, use photosynthesis to produce energy and create refined plants without having to genetically modify them.

Electronic plants, e-Plants, today have their own research group at LiU. It is led by Assistant professor Eleni Stavrinidou, one of the researchers who has been in since the first experiments. The e-Plants group is expanding with additional funding and the work continues.

Who knows – in the future we might be able to charge our mobile phones by sticking them into a tree. Or have a rose garden that supplies electricity to the household.

Here we present a small selection of all the exciting things that happen or have happened at Linköping University.