Most of the mathematical problems that are studied in engineering, or physics, are well-posed. This means that they have a unique solution that depends continuously on the data. If the data contains small errors then the solution will not change much. If instead the problem is ill-posed, the solution often can change drastically because of a small measurement error. Since measurement errors are unavoidable in practice the solution algorithm has to be constructed in such a way that stability is restored and the computed solution sensible.

Figure 1: The measurement situation where we seek the temperature on a surface and measurements are available inside the material. 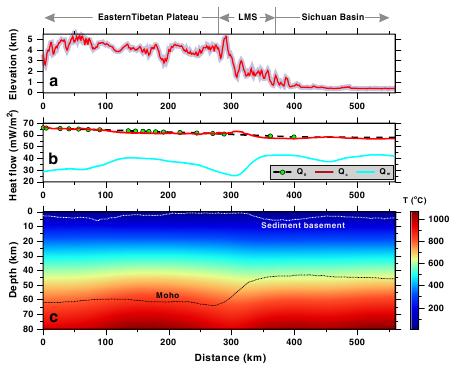 Figure 2: Temperature distribution below the earth's surface in Tibet computed from surface measurements. We also see the structure of the surface and the model of the thermal properties of the earth.

An application is that sometimes one wants to estimate the time dependent temperature on the surface of a body. Is the surface not accessible for measurements it is sometimes possible to instead measure inside the body, close to the surface, and compute the sought surface temperature by solving an ill-posed problem.

The measurement situation can be described as a Cauchy problem for the heat equation where measurements are available at x=1, and the temperature history is sought at x=0, see Figure 1. Applications exist within several scientific fields. In geology one wants to estimate the temperature several kilometers below the surface by using measurements at, or at least close to, the surface. Here one solves the stationary heat equation, with a non-linear thermal model, using an efficient numerical technique that adds stability to the calculations. Similar applications are found in the steel industry where, for instance, one wants to study in detail what happens to the surface of metal alloys during heat treatment.

Also the Helmholtz equation, which describes wave propagation, is of interest in applications. The problem of locating a sound source from measurements at a distance can be formulated as a Cauchy problem for the Helmholtz equation. The problem is ill-posed and special regularization techniques are required. Here I study, in collaboration with other researchers, a class of methods that are based on the fact that a certain quadratic form can be made positive definite by introducing an artificial boundar, see Figure 3. Doing this we can introduce a scalar product which is natural for the problem, and that can be used to implement efficient iterative regularisation methods. 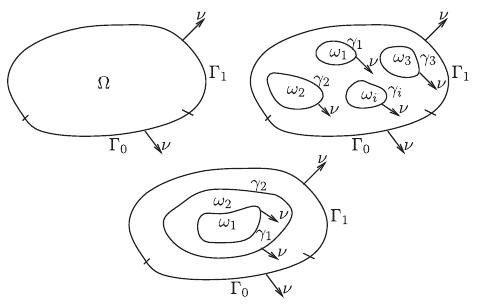 Several MATLAB routines have been written for solving the Sideways Heat Equation. These routines are written for the purpose of testing ideas, and mostly for use within our research group. But most of the code is fairly easy to understand and the online documentation is such that the code should be possible to use with a minimum of trouble. In particular there are several demos included, that are intended to demonstrate how the programs are to be used. Also there is an example where the tools are applied to a problem with actual measured data. 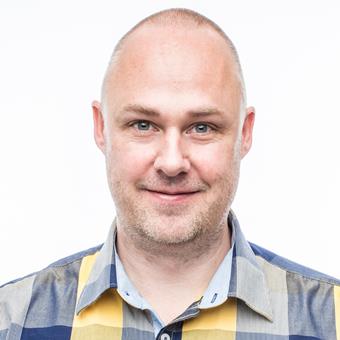