According to the Uppsala Conflict Data Program, there are currently 49 on-going armed conflicts in the world, mainly in low- and middle-income countries. Several studies have documented that armed conflict cause a breakdown of existing health care systems rapidly resulting in limited or no surgical resources to treat potentially life-threatening, injuries.

Furthermore, injuries from armed conflict are often more complex and treatment frequently requires more extensive resources than injuries seen in a non-conflict setting. For civilian health care personnel, especially surgeons, with no experience of war injuries, this represents a major challenge. Many medical interventions in armed conflicts have previously more focused on doing good rather than doing right resulting in suboptimal use of surgical resources and outcome for patients.

The overall aim of this project is to understand and identify strategies to improve how surgical resources are used in armed conflict. The project currently focuses on four key areas:

Health care personnel working for International Committee of the Red Cross (ICRC) and non-governmental organizations come from different countries, have different educational background and experience. Current literature emphasizes the importance of standardized pre-deployment training programs for such staff. There is however a knowledge gap concerning what skill sets and training are needed to best prepare health care personnel for work in armed conflict. As a first step to explore this complex question we have completed a study concerning the self-perceived training needs of ICRC personnel: Prepared for Mission? A Survey of Medical Personnel Training Needs Within the International Committee of the Red Cross. Haverkamp FJC, Veen H, Hoencamp R, Muhrbeck M, von Schreeb J, Wladis A, et al. World J Surg. (2018) 42: 11
A follow-up study including ICRC and military personnel from several European countries is currently in progress.  As an endpoint we aim to identify a framework for minimum skills and training needs for health care personnel working in armed conflicts.

Understanding the connection between demographics, epidemiology and injury patterns in armed conflict

There are many reports and studies on injury epidemiology from different conflicts, but less is known about how differences in demographics and weapons used affects the injury patterns and treatment needs in armed conflicts. We are currently studying if such a correlation can be seen in recent conflicts in DR Congo, Iraq and Afghanistan. So far this has resulted in the publication:  Hospital Workload for Weapon-Wounded Females Treated by the International Committee of the Red Cross: More Work Needed than for Males. Andersson, P., Muhrbeck, M., Veen, H. et al. World J Surg (2018) 42: 93.

With this subproject we aim to identify recurrent injury patterns based on demographics and weapons used in conflicts, which could have significant impact on how surgical missions in armed conflicts are planned and executed.

In the last decades surgical treatment of complex extremity and soft tissue injuries in the civilian setting as well as in military operated health care facilities has improved. Treatment protocols have been validated and new treatment options, such as negative pressure treatment, have emerged. Whether similar improvements can be seen in the treatment of injuries in armed conflicts with limited resources as those where the ICRC is working has not previously been studied. Our objective is to identify and evaluate treatment methods that can improve resource use and outcome in the humanitarian care for injured in armed conflicts.

The project "Victims of Armed Conflicts: Predicting Surgical Treatment Needs and Improving Resource Use” was initiated in 2014. It is a collaboration between the Centre for Teaching and Research in Disaster medicine and Traumatology at Linköping University, Surgical Department of Vrinnevi Hospital in Norrköping, International Committee of the Red Cross in Geneva, Centre for Research on Health Care in Disasters at Karolinska Institutet in Stockholm and Radboud University in Nijmegen.

Little is known about the mental effects in individuals with serious weapon-related physical injuries. This project is a collaboration between KMC and the International Committee of the Red Cross (ICRC). A team of psychiatrists will use a validated questionnaire to evaluate the psychosocial and mental state of patients admitted to the ICRC hospital in northern Nigeria. The objective is to detect mental issues and to evaluate differences of mental resilience in victims of weapon-related trauma. Expected outcome is information on how to better support victims of war, and how to provide a more holistic approach often lacking in current care of these patients. 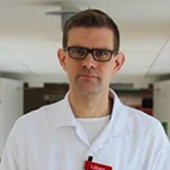 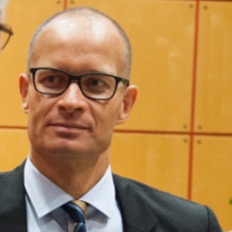