Simplified language on the Web

Digitisation is putting new demands on us as citizens; more and more services are moving over to the internet. These are services and information that must also be understood by older people, people with difficulties reading and writing, and by all newly-arrived immigrants, to name a few vulnerable groups.

It could be an issue of municipal information of various kinds, a school’s communication with parents, summons to investigations, and much more. 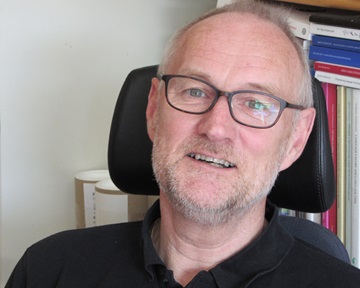 Photo credit: Monica Westman“Modern linguistic theory and machine learning have come a long way in this field; it’s time to show the world what our research can contribute,” says Arne Jönsson, professor of computer science at the Department of Computer and Information Science (IDA).

Also in the project are businesses that have products that show, for example, inconsistent use of terms and concepts, that can adapt machine translations to different industries and fields, that develop a symbolic language adapted for Swedish, and also a business that develops mobile apps with communication support.


There is also much left for the researchers to do. The idea is to put existing knowledge into the systems that manage the machine translations so that the texts can be automatically translated into simplified language texts. Professor Jönsson and his research group have been working for many years on Friendly Reader, a free internet service that shortens longer texts down into brief, understandable ones.

“We have now gathered in all the texts on the municipalities’ simplified language pages, and we’re comparing them with the original texts to understand how we people think when we want to make something easily readable. It’s an issue of simple things such as changing from the passive voice to the active, short sentences, separating composite words and changing word order, but there are certainly other aspects,” Professor Jönsson says.


Pictures and symbols are another important piece; here as well, the machines must understand the context.

“The Swedish sentence ‘Slå in pucken med klubban’, which means ‘knock in the puck with the stick’, needs a hockey stick as a symbol, not a stick from a tree,” he says by way of example.

Their research also deals with designing services that people need and want. What kind of support do the writers need? And how do people want to read a simplified text?

“We have a couple of students who are working on a preliminary investigation where they ask people, writers, and users: ‘Given that this service exists, how would you use it?’.”

Professor Jönsson, two or three doctoral students, representatives from businesses, municipalities, and county councils now have two years to show what machine learning is good for.

“We could go out to government agencies – the Swedish Migration Board, for instance – and show good examples from sites like 1177 Vårdguiden, Linköping Municipality and Region Östergötland,” Professor Jönsson says.


DigInclude – Digital inclusion in a connected society for groups with special needs is a two-year project with a total budget of SEK 19.4 million, of which Vinnova is paying nearly 9.3 million.

The project is being conducted as part of SICS East Swedish ICT; apart from LiU, participants include Linköping Municipality, Region Östergötland, 1177 Health Care Information and the Stockholm County Council as well as four businesses, all of whom develop applications in the area: Fodina Language Technology, Linköping; Convertus, Uppsala; Symbolbruket, Linköping; and Briteback, Norrköping. 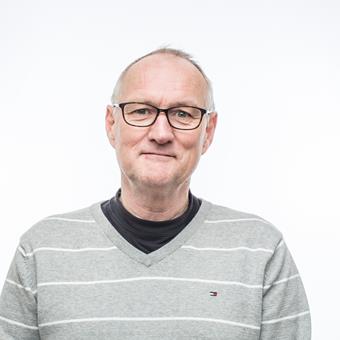