Visualization Center C in Norrköping will be the hub in a major science project funded by SEK 150 million from the Knut and Alice Wallenberg Foundation. Five science centres will participate in the project – in Norr-köping, Stockholm, Gothenburg, Malmö and Umeå. 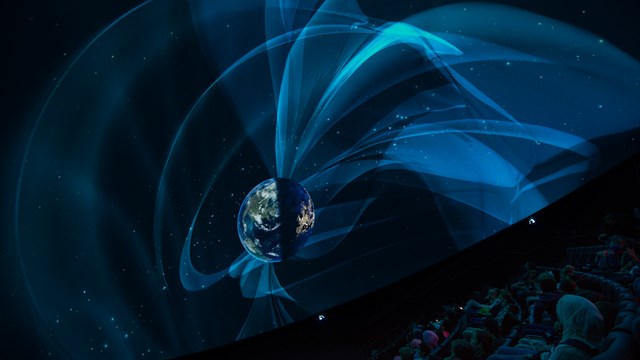 The Knut and Alice Wallenberg Foundation starts its centenary celebrations with a grant of SEK 150 million to the Wisdome project, Wallenberg Immersive Science communication Dome, led by Linköping University. Of these, SEK 70 million will go to Visualization Center C and SEK 20 million each to the National Museum of Science and Technology in Stockholm, Universeum in Gothenburg, Science Center Malmö Museer, and Umevatoriet in Umeå.

The unique material that is developed at Visualization Center C, in both the exhibition and in the dome, is to be spread throughout Sweden. 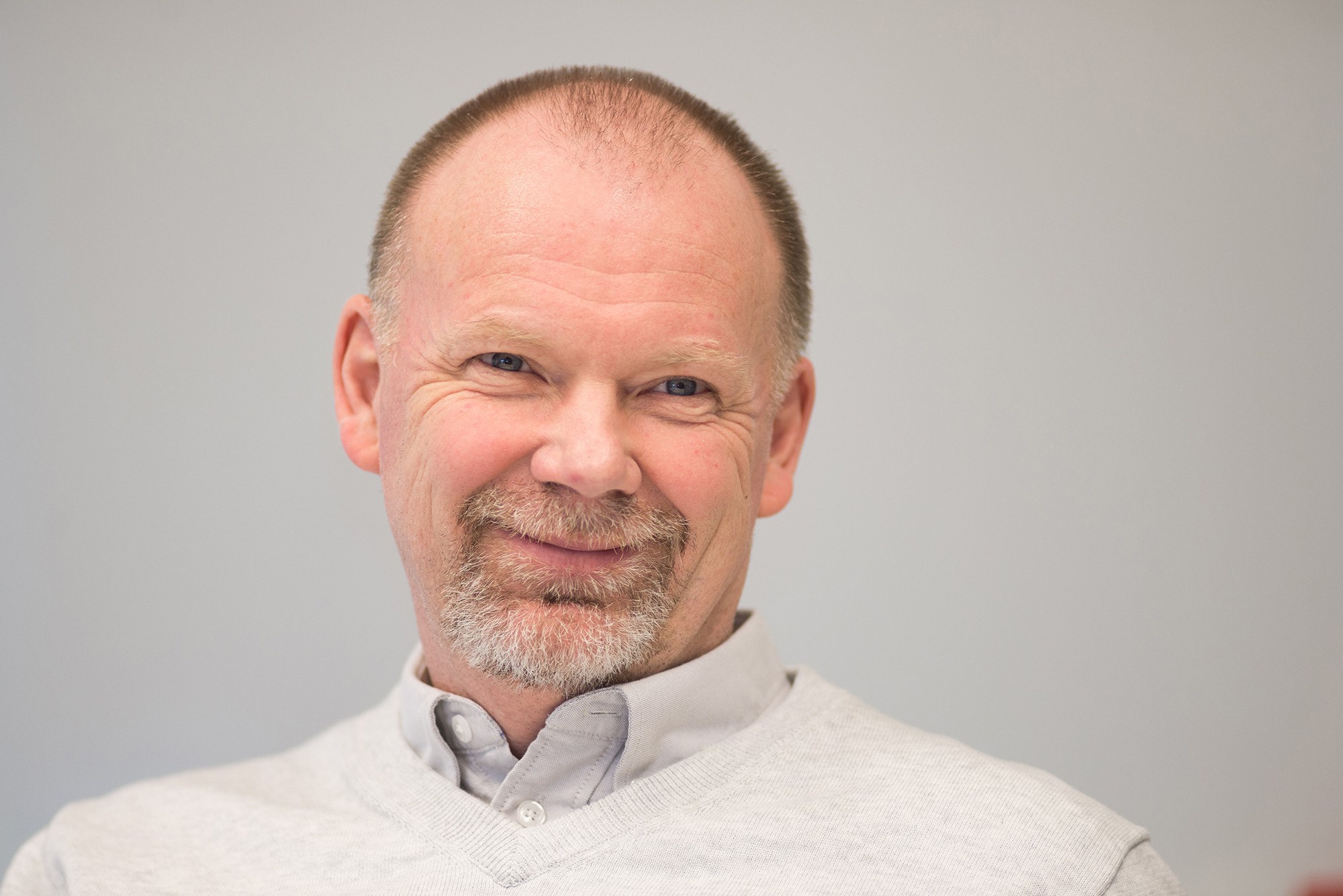 “It’s wonderful to watch how an interest in science is awakened in many of our young visitors. It’s a great feeling for a researcher to be able to say that we have more than 100,000 visitors to the laboratory every year, many of them children. Together, we will reach 1,5 million visitors a year,” says Anders Ynnerman, professor of science visualisation at LiU and director of Visualization Center C.

He continues: “Visualisation enables us to present complex concepts that are difficult to understand in an accessible manner that crosses barriers set up by language, culture and age.”

“We will have a dome of absolute top quality after the upgrade. It is used for presentations for the public at the visualization centre, and as a laboratory in our research,” says Anders Ynnerman.


Travelling in space and in our cells

Research at the centre covers everything from fundamental theories within computer graphics and visualisation to applications in such fields as medical visualisation and visualisation as a tool in learning and communication. And research will continue to be the basis on which the visualisation productions are built. One example is the way in which research into biomolecular processes makes it possible to create interactive narratives in the dome. 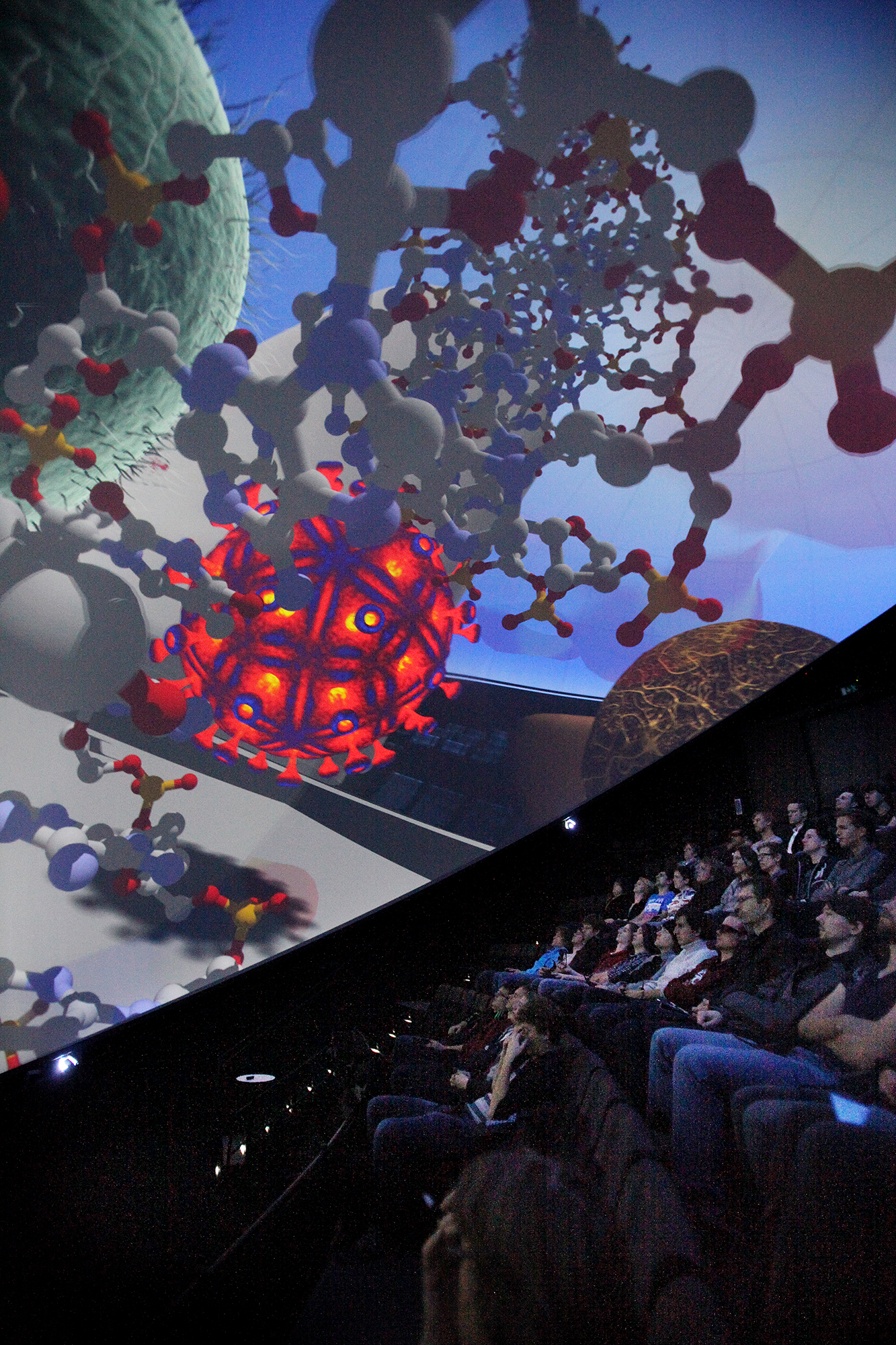 Photo credit: Ida Ling Flanagan“In the same way as we can today travel into the far reaches of the universe, we will travel into the heart of the living cell and find ourselves surrounded by the building blocks of life.”

Other examples are travel throughout space based on the latest scientific discoveries and visualisation of the research into autonomous systems carried out within the Wallenberg Autonomous Systems and Software Program, WASP, of which Anders Ynnerman and his research group are an important part.

The project includes also SEK 50 million for the development of teaching methods and the production of material at Visualization Center C in Norrköping, and such productions will be spread to all other sites that are part of Wisdome.

“Researchers will participate actively in all of the productions, while programmers, designers and modellers will be added to the team of developers at Visualization Center C. We will also seek collaboration all over the world in order to ensure that we obtain better value for money, and we have already signed contracts with leading science centres in Asia,” says Anders Ynnerman.

It is the close association with research and the focus on teaching theory that fascinated the Knut and Alice Wallenberg Foundation.

“We want to inspire children and young people to discover how exciting science can be. It is important that they can do this in a manner inspired by play, with the aid of the latest technology, not only because the technology itself is a part of the science, but also because this will attract as many as possible,”says Peter Wallenberg Jr, chair of the foundation.

Visualization Center C in Norrköping is a consortium that comprises the Division for Media and Information Technology at Linköping University and the studios of Interactive Institute in Norrköping. Anders Ynnerman, professor of scientific visualisation at LiU is director of Visualization Center C.
The centre has a part that is open to the public, for which Norrköping Municipality is responsible.
Sofia Seifarth is managing director of Norrköping Visualisering AB.

The foundation was formed in 1917 and is Sweden’s largest private financier of research, and the second largest in Europe. During the 100 years of the foundation’s existence, SEK 24 billion has been awarded to fund excellent research and education, mainly within medicine, technology and science. In recent years, the foundation has awarded SEK 1.7 billion per year.
The centenary celebrations will include several full-day symposia, one of which will be held on 13 September 2017, hosted by Linköping University.