A sign celebrating the joint research centre in urban sustainable development between LiU and Guangzhou University has been unveiled. The university managements and mayors from Linköping and Guangzhou attended the ceremony. 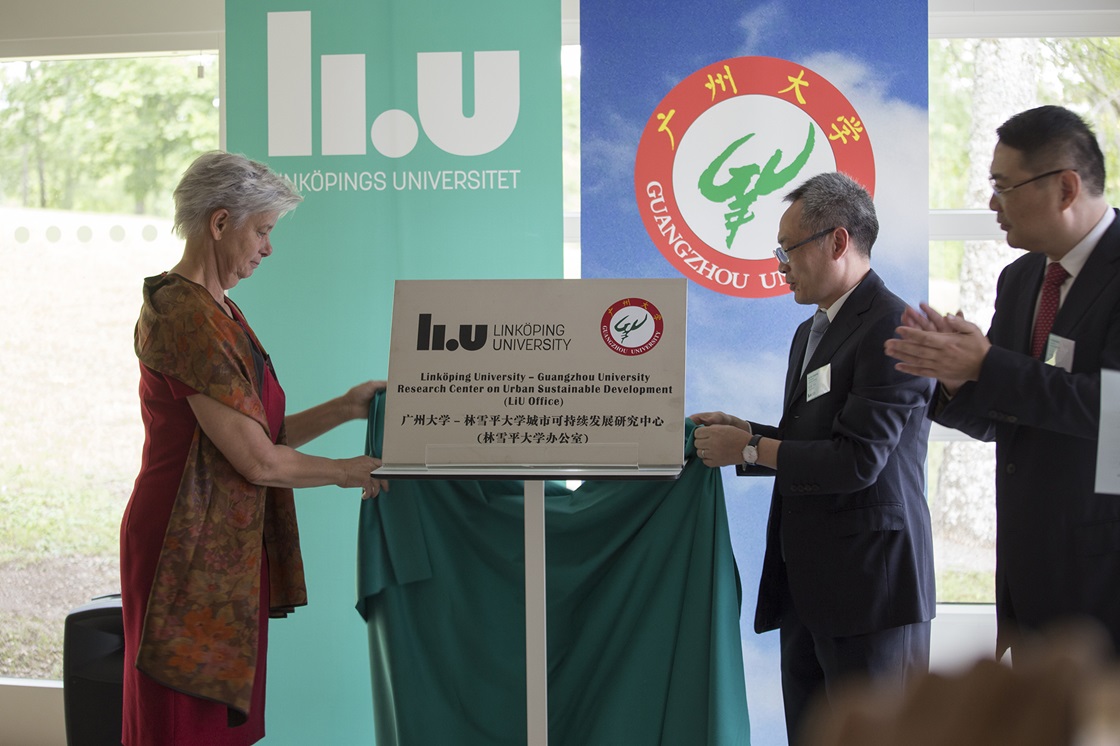 “Linköping University has long had a fruitful collaboration with Tekniska verken, municipalities and companies in the region, and this is now being expanded to include 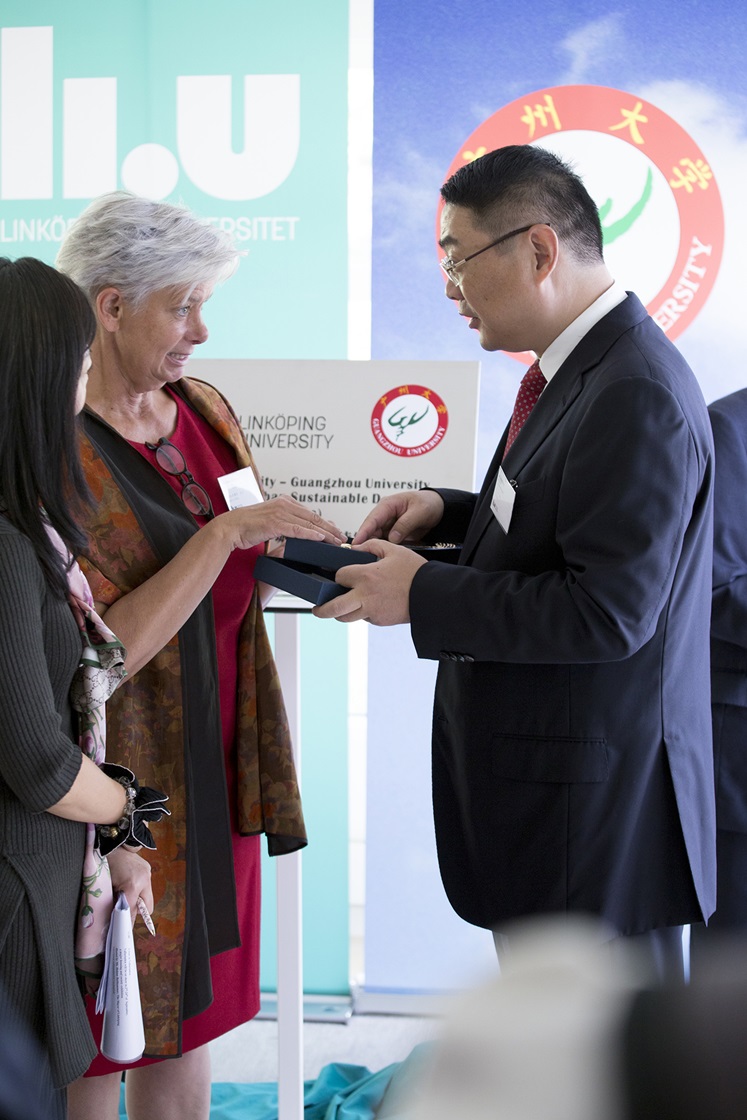 Photo credit: Peter ModinGuangzhou city and Guangzhou University. We are looking forward to a long-term collaboration that will contribute to sustainable urban development for all, irrespective of whether we live in a city with 150,000 inhabitants, as Linköping, or 15 million, as Guangzhou,” said LiU’s vice-chancellor Helen Dannetun in her speech.
“At Guangzhou University we commit ourselves to the utmost to finding excellent collaboration partners within fields that are important to us.  In June 2016 we signed a collaborative agreement, and in December 2016 the Linköping University – Guangzhou University Research Center on Urban Sustainable Development was established. We now have three projects in operation.  I am extremely grateful for the support we have received and look forward to your continued support for the centre as it develops,” responded Professor Xingpeng Guo, deputy vice-chancellor of Guangzhou University.

A pioneer in China

Mr Dong Wang, vice mayor of Guangzhou, also held a speech at the ceremony.
“Guangzhou is a pioneer in China in the field of sustainable urban development, and, as Helen Dannetun pointed out, we have the same objectives, despite the difference in size. We must acquire knowledge from other sources, use the results, and spread them in our two countries.”
Helena Balthammar, mayor of Linköping, expressed a hope for productive collaboration in the future, and gave her best wishes in the quest towards our common goal of making the cities better places to live in.
The Chinese guests visited the Mjärdevi Science Park and participated in the opening of Vallastaden, Linköping’s new residential district, where sustainability has been a guiding principle in the construction. 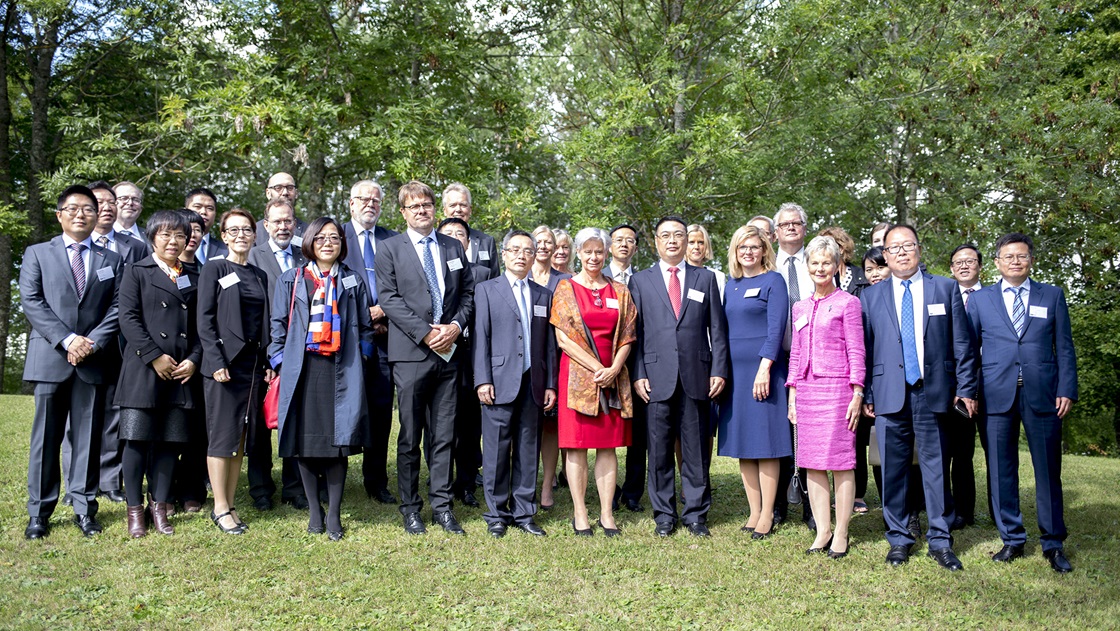