Homelessness, ill health and the fear of dying in a foreign country. These are elements in some of the narratives collected by researcher Anna Gavanas in her book about Swedish pensioners who have emigrated to Spain. The book belies the one-sided image of Swedes in Spain as jolly golfers, and describes them as actors in a topical debate about migration and integration. 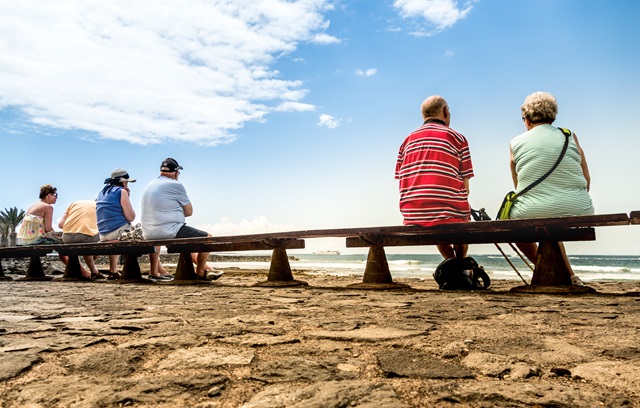 Increasing numbers of Swedes emigrate to Spain in their autumn years. It is not only the climate that attracts: pensioners are seeking an international and active social life that they cannot find in Sweden. But living in a new country is not without complications. Nor is it simple to face the caricatures that your home country has of you. The pensioners are often regarded as tax evaders, arrogant golfers or alcoholics.

“I wanted to see beyond the prejudices. Who are these people? I also wanted to see how they fit into a discussion about integration and migration, two highly topical subjects,” says Anna Gavanas, associate professor in gender studies with a Ph.D. in social anthropology at Linköping University, and author of a book about Swedish pensioners in Spain.

Her book, Pensionärsplaneten, is based on more than 200 interviews with Swedes who have emigrated, obtained during two winters of field studies on the Costa del Sol and the Canary Islands. During these winters, Anna Gavanas has met a broad spectrum of people: people living on a basic pension, pensioners living in poverty, people receiving disability benefits, and homeless people. Anna Gavanas has used their narratives to construct her ideas around internationalisation, the global distribution of work, social and economic class, working conditions, and the privatisation of elderly care.


Those interviewed tell stories about elderly care, old age and death – topics that are unavoidable for pensioners, while being difficult to face. Anna Gavanas concludes that it is possible to grow old and die with dignity in Spain only for extremely wealthy or extremely well-integrated Swedish pensioners. The latter group are those who speak Spanish fluently, have relatives who speak Spanish fluently, have well developed social networks, and the ability to navigate through the Spanish system. It can be very difficult for anyone else. 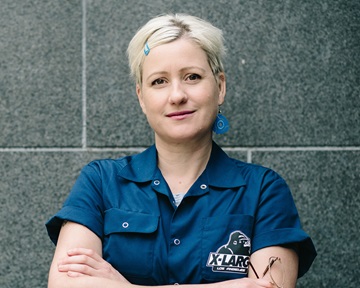 “Some people lack both public and private social insurance. They may not be able to afford to move back to Sweden, feel socially isolated, and lack close relatives. If you are, in addition, suffering from dementia or Alzheimer disease, it can be really difficult. I have seen examples in which people have been found dead by their landlord,” says Anna Gavanas.


In this age of migration, different types of migrant are valued differently. Pensioners who retire to Spain are regarded, both by themselves and by Spanish society, as a more desirable type of migrant.

“We Swedes don’t consider ourselves to be migrants, but cosmopolitans. Why is a Swede not considered to be an immigrant, even when he or she lives in another country? Immigrant status tends to be associated with less privileged groups,” says Anna Gavanas.

Pensionärsplaneten can be read as a contribution to an ongoing debate about migration and integration. Or it can be read as a journalistic work describing some individuals who have chosen a different life in retirement for themselves after a long working life.

Electricity from renewable sources can increase with flexible systems

Energy flow from solar and wind power is uneven, and depends on the weather. However, research from LiU shows that a flexible energy system in which district heating, electricity production, and industry work together can balance energy consumption.

Neurodegeneration can be studied long before symptoms arise

In prion diseases, the brain gradually deteriorates. New research suggests that cellular changes can be studied extremely early in the disease process, which is important if we are to develop treatments.

The retailers want it, so do the distributors. The consumers also say that they want it. Even so, the introduction of climate-friendly deliveries for e-commerce is proceeding slowly. A new study analyses the barriers that hinder development.

The Nobel Prize for Physics, 2022, has been awarded to three researchers, for their research into quantum phenomena. Jan-Åke Larsson, professor at LiU, has made theoretical contributions to experiments led by Anton Zeilinger in Vienna.

The road to future AI is paved with trust

Many researchers believe that what we have seen so far is only the beginning of AI. However, it must be trustworthy in all situations. LiU is coordinating a EU project that has drawn up a roadmap towards the trustworthy AI of the future.

Lena Miranda, CEO of Linköping Science Park, is awarded an honorary doctorate. She will receive the award, together with furniture designer Åke Axelsson and international researchers Lucy Henry, Barbara Riegel and Arnold Tukker, in November 2022.

International migration and ethnic relations is a large multidisciplinary field of research at Linköping University.

Human ageing is a constant, on-going process that is a part of everybody's life. At Linköping University, we study what it is to be elderly, as well as aging itself.