Inquiries into child abuse and neglect in institutions and foster homes

Since the 1990s, historical institutional child abuse has received political attention in approximately 20 established democracies. A characteristic for these inquires is that they are based on interviews or hearings with care leavers that have experiences of abuse and neglect whilst in care. A compilation of inquires demonstrates that in total they have collected testimonies from tens of thousands of people. This project has compared inquiries conducted in Australia, Canada, Ireland, UK, Norway, Iceland, Denmark and Sweden. The aim has been to make visible the epistemological and ethical dilemmas raised by such inquiries.

The project shows that historical institutional abuse inquiries share features of characteristic of political processes that aim to come to terms with historical injustices, which often is termed as transitional justice in research. However, the intuitional abuse inquiries cannot readily be included in the research field of transitional justice. There are certain features that sets historical institutional child abuse inquiries apart from more traditional truth commissions. One such difference is the ambitious time-frames (there are examples of inquires covering hundred years), that represent methodological challenges to the inquiry commissions. Another difference is that they are built upon adults’ memories of the childhoods, not on memories of historically specific events. The background premises that eventually have led to the establishment of inquiries have differed between countries.

In Canada, former inmates so-called "Indian residential schools" have successfully negotiated with the Canadian state to obtain redress and economic compensation through class action lawsuits, which eventually also resulted in the launch of a Truth and Reconciliation Commission in Canada. In Australia and Norway care leaver organisations have played a significant role in bringing about inquiries. By contrast, in Ireland, Sweden and Denmark, issues of abuse in out-of-home care have reached the political agenda only after shocking revelations of abuse have been disclosed by the media.

Redress as a transnational feature

One study within this project has dealt with how inquires in various countries have been influenced by one another. While such processes arise in response to particular local situations, this study demonstrates that they are also shaped by the international context. Consequently, a transnational flow of ideas shape national inquiries, apologies and redress packages. It is argued that apology and reparation aimed at victims of historical child abuse in out-of-home care have become means for various stakeholders to enact children’s rights in a global competitive world.

The truth about abuse

Another study within this project discusses methodological, epistemological and ethical dilemmas that arise when writing the history of abused children with the objective of both recognising and redressing the victims as well as offering an account of ‘what really happened’. Comparing how inquiry commissions in Ireland, Sweden and Denmark evaluate and approach victims' oral testimonies and written records from child welfare agencies, the study explores the acts of balancing between different epistemological approaches to the concept of “truth”. The results suggest that while inquiries have to address and convince several audiences simultaneously, positivist methods of inquiry have dominated the approaches to “truth”. However, this approach has not been without ambivalence, and there are examples of constructivist approaches as well.

The project has been funded by FORTE. 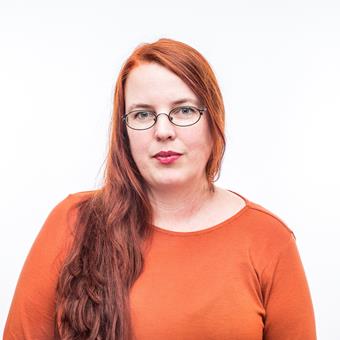 Approximately 70,000 Finnish children were evacuated to Sweden during World War II. The project explores the socio-political circumstances of these transports. The findings concerns the reception of unaccompanied refugee children today.