You don’t fit in here

Many of us experienced some form of bullying while at school. Not necessarily as a perpetrator or victim, but as an onlooker. Our moral compass froze, we closed our eyes to what was happening. We didn’t stop it. We didn’t speak up. Understanding passive participation in bullying is an important part of learning how bullying works, according to Robert Thornberg, Professor of Educational Research at the Department of Behavioural Sciences, Linköping University (LiU). 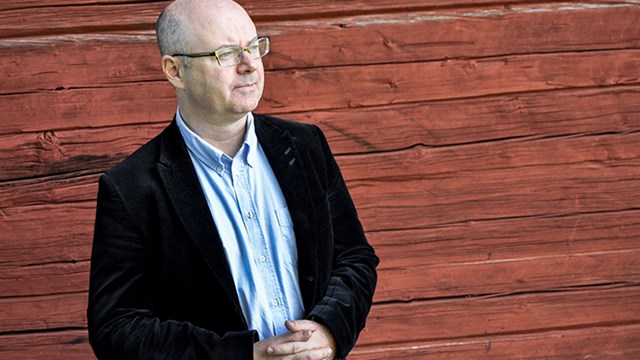 Most pupils look forward to going back to school and seeing their classmates again. But not all of them do. According to Prof Thornberg, six to eight per cent of Swedish pupils are subject to some form of bullying in elementary school.

There is no accepted definition of bullying in the research world.

“According to many researchers, bullying is behaviour intended to hurt another person, for example through physical violence, harassment or ostracism. Also, the actions are repeated over time and the victim is at a power disadvantage. For instance the bully or bullies might be physically stronger, greater in number or have higher status than the victim,” explains Prof Thornberg.

60,000 pupils are subject to bullying in school every year

Research by Prof Thornberg shows that when asked, almost all pupils completely condemn bullying. But in practice, things are different. Statistics show that every year more than 60,000 pupils are subject to bullying in Swedish schools. It is often linked to the norms that exist in the classroom and schoolground. One way for the group to preserve the prevailing norms is to remove the individuals who don’t follow the group.

“A pupil who is perceived as deviating from the norms that are important to the group risks being a target. Labeling a pupil as deviant can also be a way to justify bullying – you blame it on the victim and their differentness,” says Prof Thornberg.

Studies show that pupils who bully are generally seen to have high social status, but low likeability.

“Bullies are often perceived as people with influence and standing in the classroom. At the same time they might not be particularly well liked, because they intimidate and harass other pupils,” Prof Thornberg says.

What is moral disengagement?

Researchers have identified a number of strategies used to justify the behaviour of bullying, or to actively support bullies. The phenomenon is called moral disengagement and is a way to keep your conscience clean by justifying or explaining away the abusive behaviour. One example is that the ends justify the means. Other examples are euphemistic reinterpretations (“It was just for fun.”), placing the responsibility on someone else (“I was following orders.”), downplaying the effect of the action (“Can’t he take anything?”), or simply blaming the victim (“It’s her own fault.”).

“If there are more than one perpetrators, there’s a risk that the responsibility is diluted across the group, which reduces each individual’s sense of responsibility. This is called diffusion of responsibility and we see it when a number of pupils are witness to an incident of bullying. People feel that someone else should intervene,” Prof Thornberg explains.

Bullying in school is often linked to the social climate

The social climate in a school makes a difference to the occurrence of bullying, research shows. With a positive, friendly climate in the classroom, the relations between pupils – and between teachers and pupils – are respectful, caring and warm. Prof Thornberg wants to study this in more detail, which he will do in a four-year research project starting in autumn 2015.

“In a warm, positive classroom climate there’s less risk of bullying. Now we want to study how moral disengagement changes over time, and how the climate and other factors can be linked to this and to bullying,” Prof Thornberg explains.