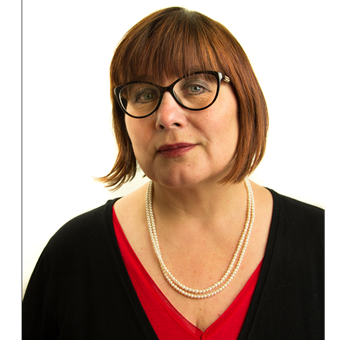 My research is multidisciplinary, including stress, psychosocial conditions and disease risk in different groups, such as children, adults and older people. My research also focuses on social stress, environment and genetic disposition and IBS.

My research is multidisciplinary, including biological stress, self perceived stress, psychosocial conditions and disease risk in different groups of people, such as children, adults and older people. My research also focuses on the study of social stress, environment and genetic disposition and Irritable Bowel Syndrome (IBS).

I continued to study the disease IBS in cooperation with the new research contacts I made during the work with my thesis. For this purpose, I began to build up my own research group called TWIBS (Twin Cities IBS Study) in the Twin Cities Research Group which is an interdisciplinary research group. I am the projectleader for TWIBS group, which also includes gastroenterologists, statisticians, physiotherapists and a geneticist. TWIBS is a comprehensive data set with IBS patients and controls collected from health centres in the county of Östergötland.

I have participated in the research network EPOCH, which includes researchers from the University of Montreal Canada, Stanford University, USA, York University, UK, Erasmus University Netherlands and our research group for the ABIS-study. I am responsible (liaison) for the Swedish participation in this international collaboration.

I am a member of the research group for the ABIS-study, which is headed by Emeritus Professor Johnny Ludvigsson. ABIS is a prospective study of 17,000 children followed from birth with recurrent questionnaires and biological sampling (the single largest biobank in the US consists of biomaterials from ABIS). For two years, I have been responsible for the extensive dataset collected over 15 years. Through the ABIS study I became involved in other international collaborations apart from EPOCH with Sir Michael Marmot and his institution UCL Institute of Health Equity and Research in London, which recently resulted in an article where I was responsible for the Swedish contribution.

I am involved in a recently established interdisciplinary research group in the new field of epigenetics, where collaboration takes place across faculties. The idea is that together we will start different studies of how early exposure to stress can affect disease risk between generations. Studies will be done in humans, but also laboratory mice, chickens and dogs. The new method of measuring stress through cortisol in hair will be applied together with genetic testing.

Researchers at LiU have developed a method to measure concentrations of cortisol retrospectively. This gives this method an advantage over previous methods that can only reflect the status at the time of the sampling.

“Irritable bowel syndrome diagnosed in primary care-occurrence, treatment and impact on everyday life”.
I defended my PhD thesis in October 2006 in an area of research that applies occurrence, treatment and impact on quality of life to IBS (Irritable Bowel Syndrome) diagnosed in primary care. The thesis was based on a larger data set collectively termed LIPS (Linköping IBS Population Study). After completing my  PhD, I have built extensive international research networks in several subprojects. The main research track that I have developed after my thesis applies the new method to measure cortisol in hair and all the possible fields of application in various research projects that this method leads to.

The twin cities of Linköping and Norrköping are two equal sized cities in southeast Sweden. They are part of the same county council and have the same structure of health care. How could public health in two so similar cities be so different?

Main and co-supervisor for PhD-students at Linköping University