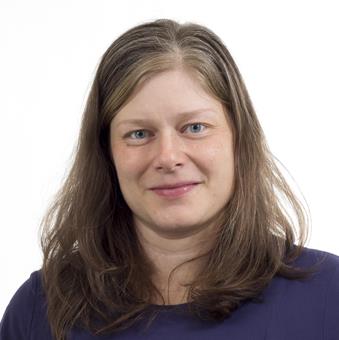 There is lack of scientific knowledge about how to best feed animals.
Research needs to focus on the animal’s perspective, on finding out what will actually improve their welfare.

Commercial meat-type (broiler) chickens have undergone intense selection for high feed intake and are more or less constantly hungry. Because the amount of feed they eat determines how fast they can grow this is commercially profitable, but high growth rates and high feed intake can also lead to illness and suffering in the long run. 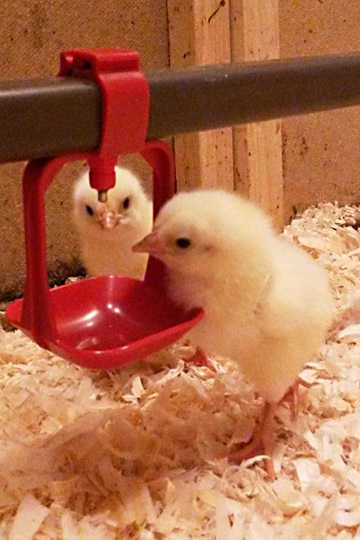 Broiler chickens live a short life: on average they reach slaughter weight in around 5 weeks, or 12 weeks if they are raised in organic, KRAV-certified conditions. Within this short period they don’t have much time to develop the kind of overeating-induced health problems that ail people in developed parts of the world.

However, chickens that are used for breeding live longer. If these animals are allowed to eat and grow at the same rates as broilers, they will develop obesity-linked health problems and infertility. For this reason, the so called ‘broiler breeders’ are kept on a restricted diet.

My research centers on the issue of commercially feed-restricted hens from a welfare perspective. Why do different individuals respond so differently to restricted feeding? How much does hunger vary between individuals, and can that variation be controlled? If an animal is always fed in the morning, will they be hungry in the afternoons or can they somehow shut their hunger down when it is not meaningful?

There is an inherent danger in assuming that animals prefer the same habits as people. Humans eat often, but that doesn’t mean that the same thing is optimal for other species. As an example, many wild animals do not have the opportunity to eat as often, and can deal with this just fine. At the same time, we may be able to improve the welfare of production animals if we can dampen their feelings of hunger.

A lack of animal-based knowledge

It’s illegal to fast farm animals in Sweden, as the Swedish Animal Welfare Act specifies that animals must be fed daily. Because of this, feed-restricted hens in Sweden receive very small portions while the practice in many other countries, including some countries in the EU, is to feed the feed-restricted animals a larger portion every other day.

The subject of feed restriction is highly sensitive from an animal rights perspective, and people have diverse and strong opinions about it. Despite that, our impression is that there is a lack of scientific knowledge about what is actually better from the animal’s point of view.

In parts of the world where animals are fasted every other day, things are done the way they have always been done. In Sweden this method is not used because it is illegal. If we ask people about it, they will usually have rather different views on which kind of restriction they would prefer, perhaps because we also differ in our perception of hunger? Either way, there is a lack of animal-based knowledge of what kind of feeding best meets the needs of the animals.

Individual chickens grow at different rates, which becomes apparent very early in their lives. We are already able to see differences in their body weights and leg lengths towards the end of their first week of life, and this tells us which individuals will grow fast and which will grow more slowly. After four weeks the difference is obvious, with the fastest growers weighing in at almost double the weight of the smallest ones: 600 g vs 350 g.

My original hypothesis was that slow-growing individuals grow slower because they are experiencing a reduced welfare situation and would need extra feeding, but so far this is not what we have found. It seems that small chickens are no less happy, they’re just different. For example, slow-growing chickens seem to be less fearful than the fast growers.

Another possibility is that slow-growing chickens are more childish and mature slower, which could affect their behaviour. Because we cannot really assess the level of maturity, it is difficult to compare animals that exhibit different growth patterns.

The importance of ethics 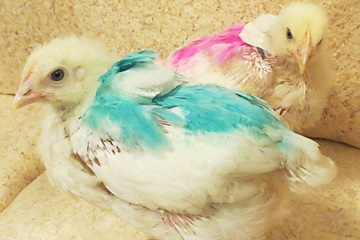 We conduct our research in cooperation with the chicken industry, where the subject of feed restriction is no less sensitive. The Swedish meat industry, of course, wants healthy and happy animals that can maintain a high level of production, and a high animal welfare standard is an important part of their brand. If Swedish animals live better lives, it becomes more ethical to buy Swedish meat.

The ethical aspect is critical, and so my research started by setting the ethical guidelines for the project and getting them approved by the Swedish Ethical Committee for Animal Research. As there is no current Swedish method for fasting animals, we’ve chosen to do it in a way we fell represents how it would have been done in a Swedish setting, with a gradual introduction of fasting and habituation of the animals, which is not necessarily in the way that it is done in other countries.

Animals compensate for the fast

In my research, the chickens start out receiving feed daily to support their early development. When they are six weeks old we introduce them to fasting according to a gradual schedule to give the animals a chance to habituate to the new procedure.

This causes the animals to start accumulating energy stores in their livers in preparation for the fasting days, and it turns out they have an impressive capacity to do this. The size of the liver increases with the energy stores, and the liver of a fasting, feed-restricted chicken at 12 weeks of age is around 40% larger than that of a non-fasting feed-restricted chicken. This suggests that fasting chickens can compensate for the irregular access to feed.