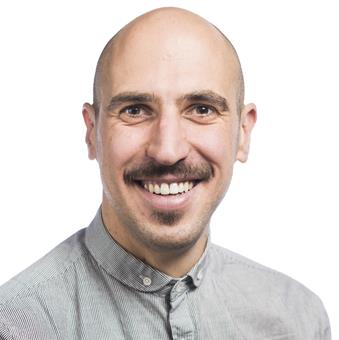 Carl Westin is a researcher in human-automation interaction in remote tower air traffic control and maritime piloting. He is also a pilot.

Carl Westin started working at Linköping University in March 2017, initially as a principal research engineer, but later as a postdoctoral researcher. Her is currently working in the RESKILL project that addresses human-automation interaction challenges in training in the context remote tower control and maritime piloting. He is the principal researcher in RESKILL-A, one of three research areas in the RESKILL project. RESKILL-A focuses specifically on operators’ understanding of automation that they are working with. The goal is to develop concepts and prototypes of more transparent automation that explains its behavior and reasoning in ways that facilitate understanding, trust, and performance benefits.

Carl Westin received his M.Sc (with distinction) in applied ergonomics from the University of Nottingham, Nottingham, United Kingdom. In 2017 he received his Ph.D. degree in aerospace engineering from the Delft University of Technology, Delft, The Netherlands. In his thesis, he empirically investigated how individualized problem-solving styles could be used to improve the acceptance and performance of air traffic controllers’ use of a decision support in conflict resolution.

In parallel to his academic research, Carl also continues working as a commercial airline pilot, having registered over 6000 hours flight time. He received his pilot license in 2006, together with a University Diploma, from the School of Aviation, Lunds University, Ljungbyhed, Sweden.

One of the main research directions in the Media Design and Image Reproduction area concentrates on the use of information-intensive systems, exploring and evaluating new concepts for interaction and information design in a variety of contexts.