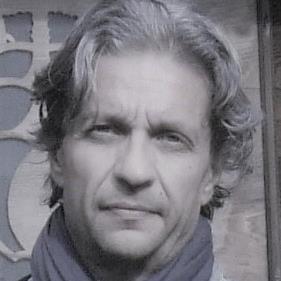 Leader of the research and education network in materials science between Linköping University (Sweden) and the Federal University of Bahia (Brazil).

Dr. G. K. Gueorguiev is a project leader and expert in theoretical design and experimental verification of nanostructured and low-dimensional materials.

Since 2004 he is with the Linköping University (LiU), Department of Physics, Chemistry and Biology (IFM). At LiU he started a new line of research on theoretical design of nanostructured carbon-based thin films with pre-defined properties and with immediate experimental verification (project and research leader: VR, SSF).

Together with his PhD degree in Theoretical Physics from University of Coimbra, Portugal, Dr. G. K. Gueorguiev holds a MSc degree in Portuguese language and literature from Department for Ibero-Roman Languages, Faculty for Classical and New Languages, Sofia University St. Kliment Ohridski, Bulgaria (1997).

Dr. G. K. Gueorguiev is the initiator and the leader of a research network in materials science between Linköping University (LiU), Sweden and the Federal University of Bahia (UFBA), Brazil (STINT, VR-SRL, CAPES, CNPq projects) operating for more than 10 years and generating results with recognized impact in research and education.

The achievements of the LiU – UFBA network have been recognized with the signing of an agreement on academic, cultural, and scientific cooperation between LiU and UFBA in March 2016, and highlighted at:

The LiU-UFBA network is expanding by involving research leaders from other Brazilian universities, such as:

The research in our division concerns design of new multifunctional materials for hard and wear-resistant coatings, energy materials, magnetic materials, electronics, neutron-converting materials for the ESS, wide-bandgap semiconductors, and more.

The LiU-UFBA network is a research and education network in materials science based in Linköping University (Sweden) and Federal University of Bahia (Brazil).