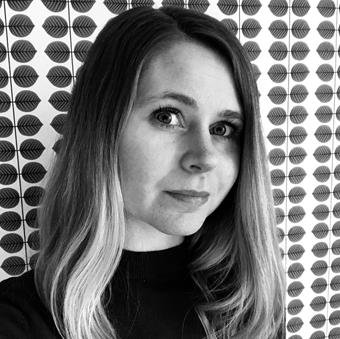 My research concerns constructions of gender, love and sexuality during pre- and early modern times. In the literary texts that I study in my thesis project, which are Marguerite de Navarre’s (1492-1549) Heptameron (1559), Michelangelo’s (1475-1564) poetry and the poetry of Gaspara Stampa (1523-1554), these configurations are under negotiation in several ways. I aim to analyze how power discourses, mainly Christian and Neoplatonic love philosophy, as well as literary models and traditions are appropriated and yet re-thought in the construction of sexuality and gender in these literary texts. More specifically I study how metaphors such as the Androgyne and the Phoenix are strategically employed and re-defined by the writers in order to create opportunities within their texts to transgress prevailing norms and assumptions about gender, love and sexuality.

The main objective of my current project is to broaden our understandings of a period in European intellectual history when women played a significant role as cultural agents for the very first time. By combining archival studies and literary analysis and by taking the two Italian poets Tullia d’Aragona (c. 1505-1556) and Gaspara Stampa as a point of departure, the project will explore how the networks of Italian women poets look like and how women poets make use of these networks in their literary discussions that frequently concern emotions such as love and desire. In addition, the project explores how literary and cultural networks shape the discourses of emotions by assessing women’s contributions to these discourses.

I teach comparative literature within the Department of Culture and Communication.

”Arkeologi och interpretation”, Fria seminariet i litteraturkritik, Linköping. Presentation of my work on Marguerite av Navarra and the androgyne, October 15, 2015.

Courses at universities other than Linköping

Resources and Techniques for the Study of Renaissance and Early Modern Culture, Warburg Institute, University of London, 12-15 May 2014.
Maktens uttryck och anspråk 1200-1400. (Focus on the Middle Ages and the Renaissance in Tuscany.) Arr. by Centre for Medieval Studies at Stockholm’s University. Location: Florence, Italy, 23-29 April 2012.
Text-Memory-Monument. The use of the past in Italian Renaissance Culture. Summer school arr. by Arhus University, Denmark. Location: Rome, Italy, 17-29 July 2012.
The Medici Archive Project's online course in Italian Paleography and Archival Skills. 12 week online course given by MAP (Medici Archive Project) spring 2013.