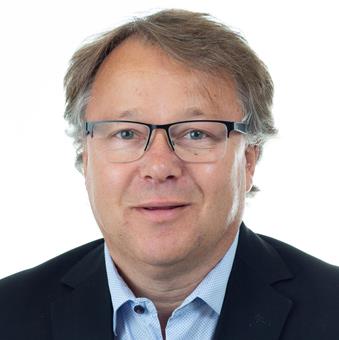 Mats Eriksson is Associate Professor in Applied physics and leads a chemical sensor research group at the division of Sensor and Actuator Systems. The group conducts research on chemical sensors and how these can be applied in sensor systems, often in collaboration with various companies and other societal actors.

The group has recently been active in several projects where chemical sensors are used to monitor water quality. One type of sensor, popularly known as an "electronic tongue" has proven to be very suitable to give early warning of chemical anomalies in drinking water. Right now, the potential to build a sensor network that monitors the entire distribution network for drinking water in a larger city is investigated. The hope is to help drinking water distributors with early warning detection, to locate and fix the errors and to ensure that the citizens can avoid being afflicted by stomach illness. Together with a number of water utilities we also investigate an "electronic nose" to alarm at elevated petroleum levels in the raw water that the waterworks uses to produce drinking water. Elevated levels can cause major problems in the water plant and in the distribution network.

On a more basic level, the group also has studied how individual enzyme molecules interact with a gold surface, properties of various types of micro-electrodes and the electron transport in bioelectrocatalytic systems and how these can be used for new types of biosensors.

Eriksson is also a member of the steering committee of Security Link, one of the strategic areas of research that started in 2010 following a government decision in 2008. Security Link conducts research in five areas: Secure and robust wireless communications, Advanced sensors and detectors, Sensor and information fusion, Decision support and coordination for emergency and crisis response and Cyber security.

In addition to the research Eriksson is also engaged in teaching, particularly in the engineering programs at LiU. Eriksson is responsible and examiner for the courses Modern Physics I (TFYA73), Modern Physics (TFYA67), Physics and mechanics (TFYA87) and Physics (46-60 cr) (93FY41).

With its focus on crisis preparedness and on society’s ability to manage these, the research programmes are assessed as having great potential to benefit society.