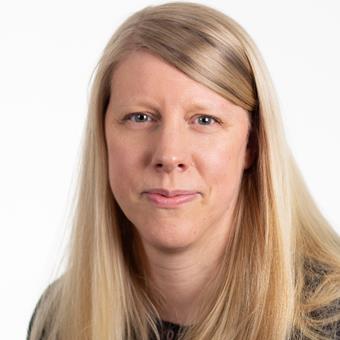 I’m a medievalist, mainly researching towns and laws, focusing on reading Swedish sources in the light of international comparisons. I’ve also spent a few years investigating the belief in portents in the second half of the sixteenth century.

My dissertation, published in 2006, compared the constitutional arrangements and political culture in English, German, Danish and Swedish medieval towns. This included studies of the emergence of town councils, the number of council members and mayors, the rotation of offices and functions of the towns' overlords, bailiffs, councils, mayors and chamberlains. A comparison was made between how the councils expressed their group cohesiveness and power in the towns and how they defined the border between themselves and the towns' population. The expectations the local population placed on the officials and the political interaction between the council and the town's population were also explored in different towns.

The main conclusion was that in this region of Europe towns shared common notions about how a town should be ruled and had a common understanding of how a town should be organized. For practical reasons, these ideas were modified to fit local conditions, which led to minor differences among towns. Even though they all had the same basic structure, the details of the town organization were determined by size, population structure and the influence of the town's lord. This meant that towns situated far from each other could resemble one another more than towns next to each other, simply because they shared similar local conditions. The dissertation is written in Swedish, but has an English summary. Both are available via internet and can be reached in full-length here.

Some of the themes from the dissertation are found in publications in English. Concerning the succession of the council members, see ”Succession in Medieval Swedish Town Councils” (2009). The general similarities between Northern European medieval towns are described in “Governance of northern European towns in the Middle Ages: the benefits of a comparative perspective” (2011). The strong notion of German influence in Swedish medieval towns is further analyzed in “German influence in Swedish medieval towns. Reflections upon the time-bound historiography of the twentieth century” (2013).

My research has continued in a postdoctoral project about medieval town law, that focuses especially upon trade regulations. It was carried out for one year, 2007-08, at the Institut für vergleichende Städtegeschichte in Münster in Germany, funded by Sven och Dagmar Saléns stiftelse, and for one year, 2008-09, at Stockholm University, funded by Anna Ahlströms och Ellen Terserus stiftelse. In this project medieval Scandinavian and German town law were compared, with emphasis on trade regulations. A general comparison between Lübeck law and Swedish town law (”Comparability between the Medieval Swedish Town Law and the Lübeck Law”, 2009) has been published, as well as an article dealing with two questions: how a valid purchase could be made and if it was possible to cancel a purchase. The main purpose of the article is to question influence of town laws (“Sale of Goods around the Baltic Sea in the Middle Ages”, 2013).

I´ve continued this part of my research in a four-year long project funded by the Swedish Science Council from 2013 (“Comparing Medieval Towns in Northern Europe: Trade and the Law”). This study is also about towns in medieval Northern Europe. According to a traditional perspective, innovations in the Middle Ages arose in one important centre and then spread like rings on water further and further out in the periphery. In this project, a different hypothesis is tested, according to which innovations could, theoretically speaking, pop up out of the ground like mushrooms. What was needed for implementation of an innovation in towns was general knowledge, a local need and prerequisites such as a benevolent town lord and economic means. It was, however, not dependent on the direct implementation from another town.

The general purpose of the project is to test this hypothesis through a comparative study of laws and other sources such as town records. This analysis will bring to light the similarities and differences between towns in a broader context. Specifically, the study will concentrate on trade and its regulation in the Middle Ages. The main source material will be preserved codices of town laws from medieval Northern Europe. The main questions are who was allowed to trade: where, when and how. Various aspects will be studied: the different conditions for burghers and visitors, inspection of trade and commodities, and rules concerning sale of real property versus movable goods. The study will both use and develop comparative methods.

Interpreting omens in the sixteenth century

This project was funded by Riksbankens jubileumsfond for three years 2010–2013 and called “Comets, parhelia and fighting troops in the sky. Joen Petri Klint and the portents of the sixteenth century.” One of the most spectacular older works we have in Sweden is a chronicle of omens written by a priest named Joen Petri Klint. It is a manuscript in Swedish consisting of 400 pages and supplied with hundreds of illustrations. It mainly covers the years 1560–1601 and was written throughout this period.

In the sixteenth century, astronomical phenomena, like comets, as well as weather phenomena such as hail storms, halos and northern lights were understood as portents. During the second half of the sixteenth century, these portents were observed as never before, and they became widely known through countless texts that were distributed with the help of the printing press. Especially in protestant areas, the clergy of Europe conceived these omens as being messages from God which it was their task to interpret. Generally speaking, these signs implied that the people had to stop their sinful ways and become better Christians, or else punishment would be rendered in the form of some kind of catastrophe. Unusual phenomena were sometimes seen as being directly connected to an occurrence shortly after the appearance of the sign.

Collections of portents from this period have been preserved from many parts of Europe and were usually created by priests. One work that was widely distributed was ”Wunderwerk” compiled by the Swiss Conrad Lycosthenes. This work was copied diligently, for example, in England Stephen Batman was responsible for an English compilation of portents in 1581.

The Swedish priest Joen Petri Klint's chronicle was based on when different portents occurred. He also considered the astrological predictions that he found in German almanacs and tried to explain their meaning. Klint describes a multitude of political and religious events both in Sweden and in other countries which he thought were connected with previous portents and predictions. For example, on one page he could provide a thorough description of the portent. Th­­en, if he did not feel fully confident about its meaning, he listed the events that might possibly be connected to it.

The manuscript was written in a very turbulent age. For Klint, one of the purposes was to collect evidence that the Catholics were evil and to create a strong defence for an evangelical Lutheran church in Sweden. Previous research in this area is very limited. Among other things, this research project will make the manuscript accessible through publication of a transcript of the text, as well as providing comparisons with similar sources from other parts of Europe.

Sofia Gustafsson (2020) The introduction of large councils in late medieval towns: The example of Stockholm Words and deeds: shaping urban politics from below in late medieval Europe, p. 73-87

Sofia Gustafsson (2013) German Influence in Swedish Medieval Towns: Reflections upon the Time-bound Historiography of the Twentieth Century Guilds, Towns and Cultural Transmission in the North, 1300-1500, p. 109-130